27 2012 June
13
"At dawn 6 July, pilots gathered at loudspeakers at different parts of the front. The Moscow radio station spoke, the voice announcer was an old acquaintance — he was at once breathing home, Moscow. The Informbureau report was broadcast. The announcer read a brief message about the heroic feat of Captain Gastello. sections of the front - repeated this name ...

Long before the war, when he and his father worked at one of the Moscow factories, they said about him: "Where you put it, everywhere is an example." It was a man who stubbornly educated himself in difficulties, a man who had saved up strength for a great cause. Felt Nikolai Gastello standing man.

When he became a military pilot, this was immediately confirmed. He was not famous, but quickly went to fame. In 1939, he bombed Belofin military factories, bridges and pillboxes, threw our parachute landings in Bessarabia to deter Romanian boyars from plundering the country. From the first day of World War II, Captain Gastello at the head of his squadron smashed the Nazis tank columns, smashed military objects to smithereens, broke bridges in chips.

Captain Gastello already had fame in the flight units. People of the air quickly recognize each other. The last feat of Captain Gastello will never be forgotten. June 26, at the head of his squadron, Captain Gastello fought in the air. Far below, on earth, there was also a battle. Motorized units of the enemy broke through to Soviet soil. The fire of our artillery and aviation restrained and stopped their movement. Conducting his battle, Gastello did not lose sight of the ground battle. Black spots of tank clusters, crowded gasoline tanks spoke of a hitch in the enemy’s fighting. And the fearless Gastello continued his work in the air. But here the shell of an enemy anti-aircraft gun breaks the gas tank of his plane. The car is on fire. No exit.

So, to end up on this way? Slip, before it's too late, on a parachute and, once in the territory occupied by the enemy, surrender to shameful captivity? No, this is not an option. And Captain Gastello does not unfasten his shoulder straps, does not leave a flaming car. Down to the ground, to the crowded tanks of the enemy, he is racing a fiery wad of his plane. The fire is already near the pilot. But the earth is near. Eyes of Gastello, tormented by fire, still see, scorched hands are hard. The dying plane is still listening to the hands of the dying pilot. So life will end now - not an accident, not a captivity - a feat! Gastello's car crashes into the "crowd" of tanks and cars - and a deafening explosion with long peals rocks the air of battle: enemy tanks explode.

We remember the name of the hero - captain Nikolai Frantsevich Gastello. His family lost a son and a husband, the Motherland acquired a hero. In memory will remain forever the feat of a man who has calculated his death as a fearless blow to the enemy. " 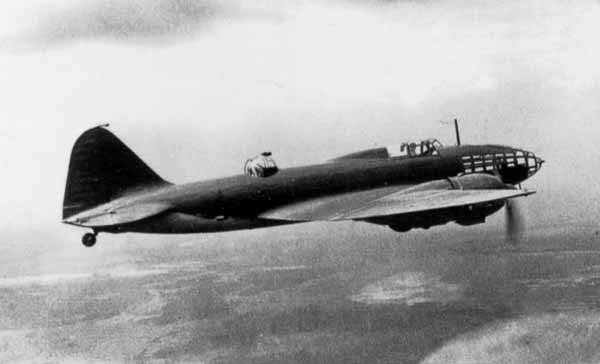 The man who actually accomplished this feat was called Alexander Maslov. On the place where 70-pood monument of Gastello now stands, the remains of Maslov and his crew once rested.

And Gastello himself, forgotten by all, rests in a completely different grave - with the inscription “to unknown pilots”. The remains of two more, who were then with him, still not found, smolder in the Belarusian land.

“DB-3f”, on which they flew - heavy vehicles, for the bombing of cities and factories in the deep rear. And they are thrown on columns with tanks, without the cover of fighters. 15 crew killed per day. Two weeks later, nothing was left of the regiment.

In the morning, a link commanded by Captain Maslov flew out. Above the goal of the commander hit the anti-aircraft gun, the plane caught fire. Maslov gave the command "parachute" and turned the burning car to the column, he wanted to ram. Did not get - burning aircraft fell into the field.

No one from the crew managed to escape - the height was small. Local residents got the pilots from the wreckage, buried hastily.

A few hours later, a link of Gastello took off. The command vehicle did not return from the mission. And soon there is a report led by Gastello - Vorobyov and Rybas. They allegedly saw the commander’s flaming plane crash into the thick of German tanks. The fact that Vorobyov arrived on the regiment of July only 10 did not bother anyone anymore. The country had a hard time. The country needed a feat. The country needed role models. And Maslova was considered missing.

In the 1951 year, to commemorate the heroic date, the Council of Ministers of the BSSR decided to rebuild the remains of the heroes, and place the wreckage of the crashed plane in the museum. Left on the scene of the feat. Opened the grave. In the tomb of the national hero Gastello lay Maslov and his crew. But to change something in stories It was too late. The remains of Maslov were taken out of the grave in the square and reburied once more - in a common cemetery. And where he used to lie, they put a huge Gustella bust. The wreckage of Maslov’s plane was taken to Minsk, to the Belarusian State Museum of the History of War, and they began to exhibit Gastello as an airplane there.

And all the time while the pioneers were singing about him, Nikolai Gastello himself was lying in an unknown tomb with the inscription “unknown pilots”. Three hours after Maslov’s ramming, he was hit over the village of Matzki, which is in 20 kilometers from the place where Maslov’s plane crashed. In the blazing car, Gastello walked over and over the road, German wool from machine guns.

The ending of this story is still quite optimistic. In 1996, the government finally recognized Maslova. By presidential decree number 636 "For courage and heroism shown in the fight against the Nazi invaders," the entire crew was posthumously awarded the title Hero of Russia. Again, the general wording, about the ram - not a word ... Gastallov crew members also received awards. Here they decided for some reason to do with the Order of the Patriotic War. 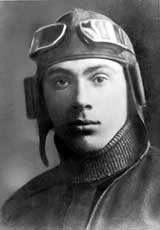 But still on the site of Maslov's deed stands the monument of Gastello. And until now, Nikolai Gastello, who, to the annoyance of historians, did not accomplish the feat that was needed, lies in a modest nameless grave.

Propaganda is not an easy task, but no one, thank God, denied the very fact of the heroism of our ancestors who fought for our Motherland. Anything happened in the history of our country, and forgotten feats and fabricated agitation. The name Gastello has become a household word, so we will bow to the ground to him and to all the Heroes fallen in this war. Everlasting memory!

Captain Gastello flew into battle,
Like a proud falcon, above the clouds.
On the wings of a falcon, a thunderstorm flew,
To hail steel to bring down on enemies.

But the enemy set fire to gasoline tanks.
There was an explosion, and the plane flashed ...
It seemed that a torch was flying under the sky
Like a meteor, in a single flight!

The motor shakes in the last shudder,
Around thunder and thunder rages.
There is no time for thought, for breathing,
No power to open your eyes in fire!

But the captain is all over the last
Drives the car directly to the enemy!

Tanks are burning, enemy tanks are dying,
Metal rattles, knocking down enemies ...
Dead captain and his remains
The flame goes round like a wreath.

So Captain Gastello died in battle ...
Remember it forever, my friends!
A nation capable of such courage
Neither intimidate nor win can not be!