There is nothing to defend. Russia as a proving ground for "genocidal wars"

Trofim Lysenko's legacy and its consequences

Early stories about creating biological weapons A new generation in the West is worth remembering why we found ourselves in this situation as defenders. Trofim Denisovich Lysenko is a key figure bearing direct responsibility for the fact that, at first, the Soviet Union, and later Russia, lagged behind Western countries in the development of genetics and related sciences for decades. The apotheosis of his sabotage activity was the August session of the Academy of Agricultural Sciences 1948, during which all scientists engaged in genetics and biotechnology were finally finished off.

The session was followed by the notorious Order No. 1208 of 23 in August 1948. “On the teaching of biological disciplines in universities and on measures to strengthen biological faculties with qualified personnel from Michurin biologists”, which effectively prohibited the teaching of objectionable disciplines, as well as revising the topics of Ph.D. theses.

In those days, it was impossible to defend a research work in which somehow could find traces of "bourgeois idealistic biology". Talented scientists either adapted, going to other areas of science, or threw science altogether, becoming a deaf opposition. Often, entire areas of genetics, microbiology and biotechnology have been in the hands of Trofim Lysenko, or simply adapters, for decades.

Is it any wonder that now almost 100% of the biotechnology market in Russia directly depends on the West? For example, Russian enterprises engaged in the deep processing of wheat and the production of the amino acid lysine, which is indispensable for agriculture, are completely dependent on imports of specific strains of bacteria. What to do in the case of an embargo? Nothing, just close the production line: at the moment, domestic scientists and technologists are unable to provide an adequate replacement. It is not a secret for anyone that military technologies are always and everywhere based on the level of development of the state’s scientific competences. It cannot be that most of the biotech products we import, but in the field of biological defense we are the leaders. Unfortunately, this is a given.

Currently, biological weapons seem to be undergoing a renaissance. Everybody knows the biological agents of the third-class weapons, which have undergone advanced procedures using the methods of genomics and proteomics. The trend has become the selectivity of the actions of viruses and bacteria that are able to “distinguish” nations and races from each other. Genetics have learned to clearly distinguish at the genetic level several dozen ethnic groups, and this, of course, cannot pass by the attention of the military. What is the main danger of a new generation of weapons? Firstly, its application is quite easy to hide; the first signs of the disease can manifest themselves for a long time. Secondly, signs of the disease will be atypical for the opposing medical staff, which will complicate treatment and prevention. Thirdly, it will be extremely difficult to identify a biological agent due to a change in the genotype. In fact, Russia now faces two problems - the creation of an effective biological weapon of a new generation and the development of means of protection against similar means of attack. 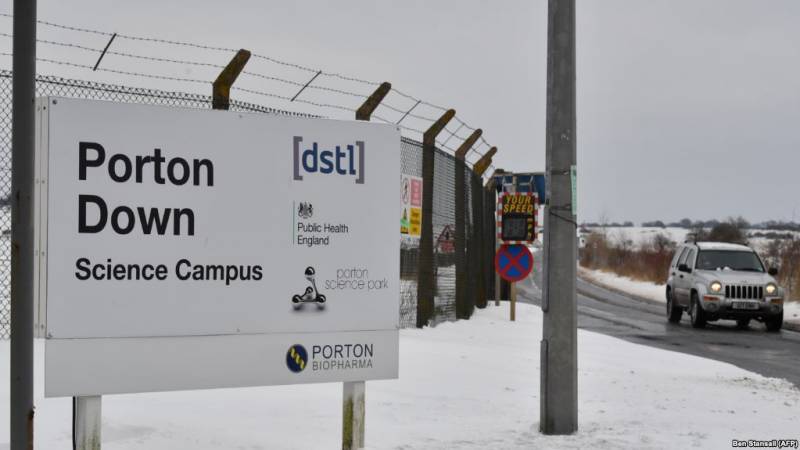 Now about 20 countries in the world are able to conduct research in the field of military biology at the highest technological level. The United States is the undisputed leader on this list. In the US, a powerful scientific base that allows working with the dangerous infectious diseases themselves, many of which are located outside the country. Japan lags behind Americans a little, the specialists of which recently initiated a program of work with a group of high-risk flaviviruses. These are Dengue virus, Japanese and tick-borne encephalitis, as well as yellow fever virus, characterized by high mortality and stability in the aerosol state. In Canada, biological defense issues (read: biological weapons) are dealt with at the Suffield Center for Defense Studies. The UK has been conducting relevant biological research for many decades at the Center for Chemical and Microbiological Research in Porton Down. Germany lags behind, in which biotechnology has never been given priority. Now the profile studies in the Federal Republic of Germany are going on at the Scientific Research Institute of Protective Technologies and Protection against Weapons of Mass Destruction (Münster) and at the Munich Academy of Bundeswehr Health Service. Even Iran is trying to do something in the field of military-biological topics. So, according to experts, at the end of the 2000s, Iranians were ready to launch ballistic missiles equipped with anthrax, foot and mouth disease and biotoxins. With the current level of development of domestic pharmaceuticals and biotechnology, we only need to guess at what stage of development Russian military biology is currently standing.

“About two years ago in America, the topic of creating certain laboratories began to unwind, where experiments would be conducted that required people who belonged exclusively to the Slavic race. We remember how many millions of people carried the plague into the Middle Ages, how many millions of people died from typhus. And now Americans believe that they can make some genetically modified viruses that will act on one race. ”

Such comments were voiced last year by a professor of the Academy of Military Sciences, an Americanist Sergei Sudakov. 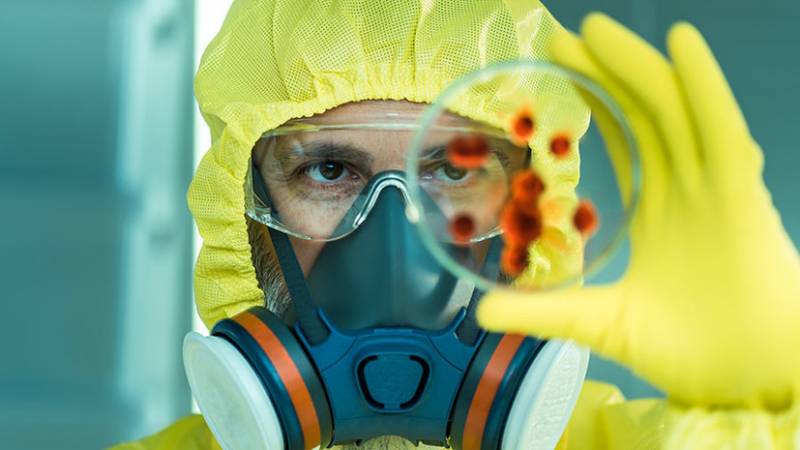 Biological weapons - one of the most controversial works of scientists

Scientists in the US defense agencies are well aware that modifications of viruses and other biological agents they create need to be tested in “field” conditions. This dogma was bred in militaristic Japan. The 731 squad, led by Shiro Ishii and Kitano Masazzo, achieved impressive results in similar studies, most of which were adopted by the Americans after the war. Now everyone understands that the creation of an ethnically selective weapon is only half the battle. It is necessary to verify the practical effectiveness of the novelty and, perhaps most important, in the further fate of such weapons. Where are the guarantees that after the viruses or bacteria that have decimated the population of the whole region, do not mutate into new strains that will no longer have ethnic specificity, and the virulence will remain? In the face of an epidemic, such a process will require months, if not even weeks. It is for such cases that large-scale studies are required near the region of potential use of new weapons.

The United States unexpectedly attended to the health of the population of such countries as Ukraine, Georgia, Armenia, Kazakhstan, Moldova, Azerbaijan, Uzbekistan and Tajikistan. The official reason for such close attention was to ensure the biological safety of these republics. At the same time, Americans cannot bring plausible statistics confirming the need for such intervention. All of these regions are quite prosperous in epidemiological terms, there have not been major outbreaks of infectious diseases for a long time. All they have in common only one thing - a close location to Russia. All work near our country is funded not by the Department of Health, but by the US Department of Defense. Most studies are conducted behind closed doors and only partially controlled by the host state.

Among the main goals of locating central reference laboratories outside the United States and near Russia, one can single out the collection of information, including statistical information, on endemic pathogens and their pathways. It is also impossible to exclude the conduct of biodiversity in the territory of the Russian Federation - the outbreak of African swine fever in the 2012-2013 years in the south of our country is very similar to the fruits of such activities. 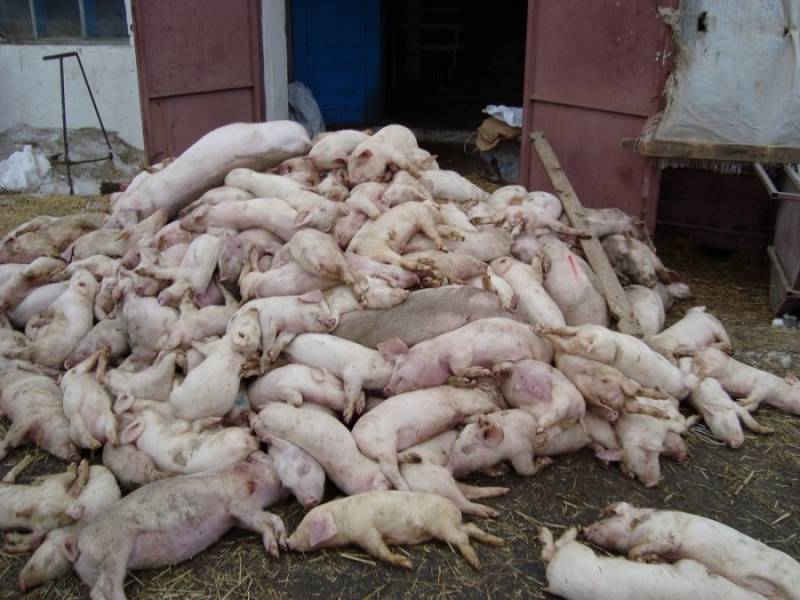 On the territory of the republics of the former Soviet Union can still be valuable for the West results of the development of biological weapons, which becomes the next goal of organizing such laboratories. It is no coincidence that the Pentagon’s Kazakhstani laboratory is handed over to the leaders of Kanatzhan Alibekov, who in the past was an important functionary of the Soviet program for developing weapons of mass destruction Biopreparat. It is located in Almaty, in the Kazakhstan Scientific Center for Quarantine and Zoonotic Infections named after M. Aykimbaeva. 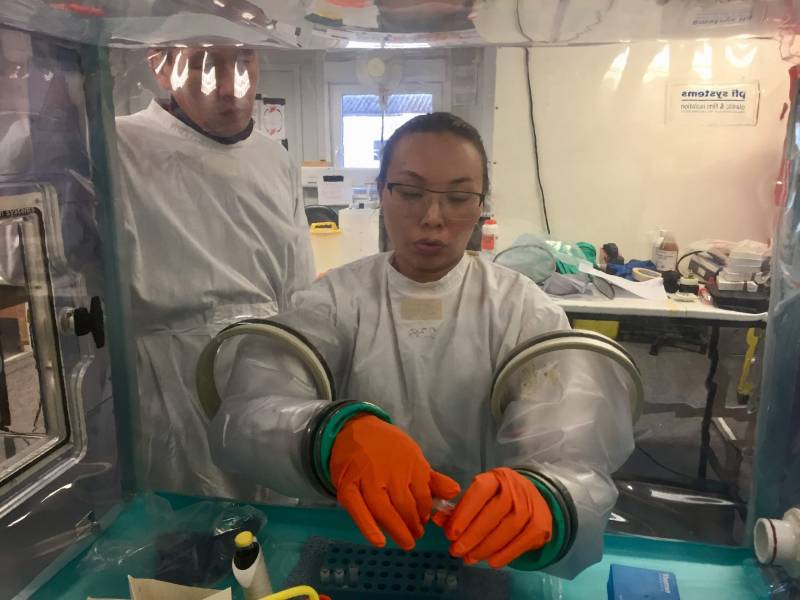 Researcher at the Kazakhstan Scientific Center for Quarantine and Zoonotic Infections named after M. Aykimbaeva

In the end, it makes sense to give a diametrically opposite opinion about the true causes of the activities of American military biologists near the borders of Russia. Doctor of Biological Sciences, a specialist in the field of bioinformatics, Mikhail Gelfand ruled out the possibility of collecting Russian genetic material to create an ethnically directed weapon. According to the scientist, Americans want to separate the mutations that cause susceptibility to disease from a purely historical trace. “This is some kind of disgusting lie. There is no such weapon. People are too similar to each other to create a specific weapon against some race, ”commented Mikhail Gelfand on the theory of biological weapons of the new generation.

Apparently, repeated attempts by the Pentagon to purchase samples of RNA (ribonucleic acid) of Russians are a peace initiative? 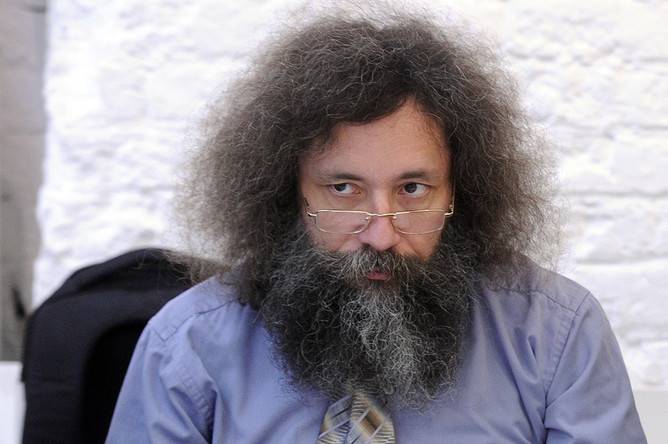 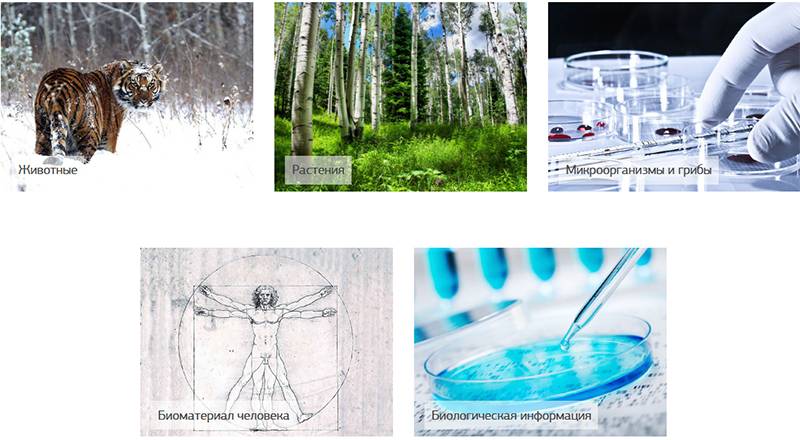 One of the directions of the Russian project "Noah's Ark" is the collection of human biomaterials in all parts of the world.

Hope to respond to Russia in the field of such developments gives the multi-billion dollar project "Noah's Ark", implemented in Moscow State University since the end of 2014 year. Within the framework of the project, a depository is created in which, among other things, non-living material (blood, plasma, biopsy results, etc.) of many ethnic groups of the Earth is stored. Also saved the results of studies of genotypes. Living somatic, stem, germ cells are separately stored and studied, and in the future they will freeze human tissues. It seems that the leadership of the country still paid attention to our lag in this area.