March 28 2019
30
The US Air Force conducted fifth-generation F-22 fighter tactical exercises in Alaska, having completed a maneuver called Elephant Ride. This is reported by the Internet portal The Drive. 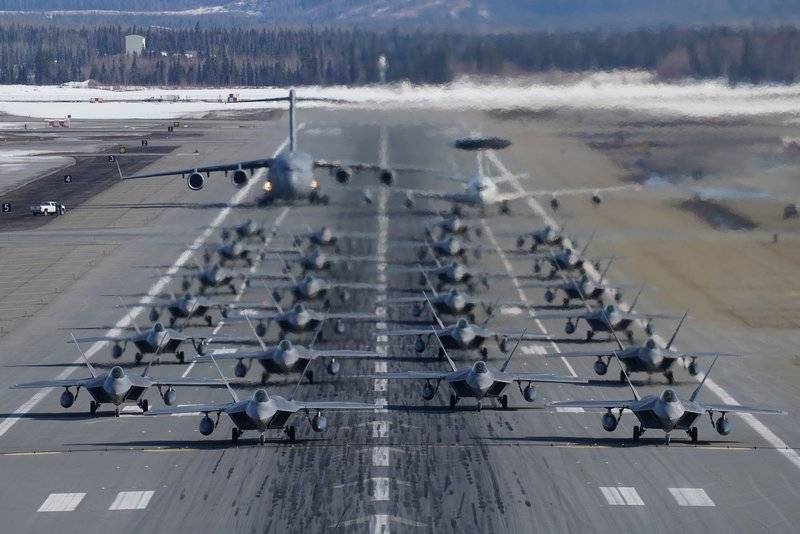 The “Elephant Walk” maneuver is one of the military exercises in which the squadron control of aircraft is worked out in close formation, when the fighter jets take off at intervals of 20-40 seconds. Such a construction and take-off are being worked out in the event of real hostilities, when it is necessary to fly as many planes as possible in a short period of time.

The X-NUMX F-24 fighter from the Elmendorf military base, as well as the Boeing E-22 Sentry and C-3 Globemaster III aircraft took part in the tactical exercises in Alaska.

The previous exercise with the refinement of the “Elephant Walk” maneuver took place at the Hill Air Base in Utah last November, then X-NUMX fifth-generation F-35 fighter jets took off.

It is noted that the US Air Force has recently increased the intensity of exercises aviationclose to fighting. According to some military experts, this is due to the activation of the Russian Air Force, whose aircraft began to appear more often at the borders of the United States.