26 September 2010
0
Rolls-Royce raced along the road through the forest near Meaux, in the north of France. It was October 1914 of the year, two months after the start of the First World War.

Suddenly, the Rolls-Royce struck the wheel. The car drove off the road, crashed into a tree and rolled over, holding Mansfield’s leg. His son was thrown out of the car. 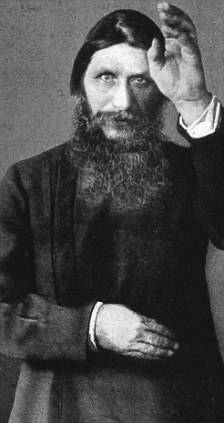 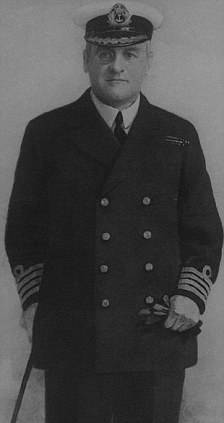 Hearing the son's groan, Mansfield tried to get out from under the rubble and crawl over to him, but, despite his best efforts, he could not free his leg.

Then, pulling a penknife out of his pocket, he began to shred the tendons and bones until he chopped off his leg and freed himself. He crawled over to where Alastar lay and covered his dying son with his coat. He was found after some time, lying unconscious, near the body of his son.

This act of extreme courage, dedication and readiness to use all the necessary, and even unpleasant, means to achieve the goal was to become a legend of secret service.

Indeed, in order to test the fervor of potential recruits, he put them to the test. During the conversation, he stuck a penknife or compasses into his wooden leg. If the candidate faltered, he rejected it with the simple wording: “Well, this is not for you.”

When commander Mansfield Smith-Cumming received a summons from the Admiralty in 1909, with the proposal to form a new “Secret Service Administration”, he was engaged in maritime defense in Southampton. He moved away from active naval service due to severe seasickness.

A fifty-year-old, short, squat man, with a small mouth with sternly compressed lips, a stubborn chin and an eagle piercing gaze through a gilded monocle. At first glance, he seemed not the best candidate for such work: he did not speak in foreign languages, and spent the last ten years, languishing in obscurity.

However, as the remarkable new book tells, in a few years he created for the UK a solid Secret Intelligence Service, with a network of employees and agents around the world.

They will gather intelligence and promote British interests at any cost, even with the help of murders. 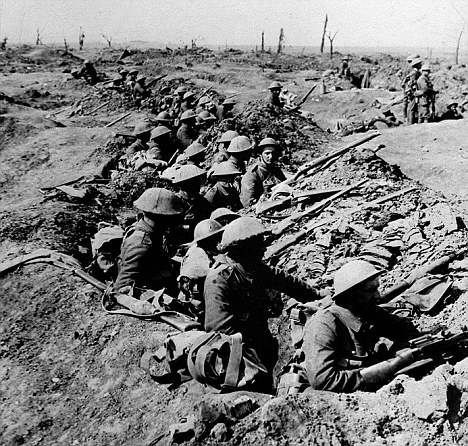 However, he began recruiting staff, among them were writers Somerset Maugham and Compton Mackenzie.

His agents were able to disguise themselves with the help of complicated disguises, and were always armed with a “swordstick” - a walking stick, inside which there was a blade.

When the threat of war with Germany hung, the agent, code-named Walter Christmas, examined the German naval shipyards and reported on the testing of the new dreadnought (powerful warship), on the "amazing speed" of new torpedo boats, and on the ongoing construction of submarines.

Christmas always insisted that his data were collected by young, attractive, corrupt women, probably prostitutes, whom he met in a hotel room to exchange secret information.

The partnership between the two oldest professions, espionage and prostitution, will continue throughout stories service MI6.

When war broke out in August 1914, the demand for Cumming’s services increased. He is expanding his network of agents throughout Europe and Russia.

It is extremely important to know where the German troops are, who is in command, which weapon. Many citizens in Belgium and northern France risked their lives to provide detailed information on the movements of enemy troops, watching the trains that went to the front.

One of Cumming's most successful agents was a French Jesuit, an Irish priest named O'Caffrey. In June, 1915, he found two Zeppelin airships hidden in barns near Brussels, which bombed London several days earlier, killing 7 and injuring 35 people. The British retaliated by bombing and destroying airships.

As the war went on, the British began to worry that Russia would give up the fight, which would allow the German divisions to transfer the 70 to the Western Front.

While the tsar was at the front, Russia was ruled by a tsarina who was conquered by the “holy man” Grigory Rasputin, an indiscriminate power-hungry drunkard in connections.

It was feared that he might convince her to go to the world with Germany, which was her home country. 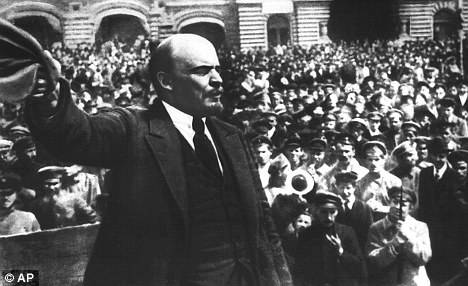 Vladimir Lenin: One of the most dashing spies Cumminga became the lover of a woman who was a close confidant of the Russian leader. This link gave access to good information.

One of the British agents, Oswald Rainer, along with some of the courtiers who hated Rasputin, lured him to the palace in Petrograd, the promise of an intimate meeting.

He was drunk, and then they began to torture, demanding to reveal the truth about his ties with Germany. Whatever he said to them was not enough. His body was found in the river. An autopsy revealed that Rasputin was severely beaten with a heavy rubber baton with lead, and his scrotum was smashed. Then he was shot several times. Probably, Reiner made a fatal fatal shot.

The writer recalled: “Whatever the case, I had to go to Russia and try to keep the Russians in this war. I was unsure of my abilities, accepting a position that required powerful abilities that I did not possess. ”

“It is unnecessary to inform the reader that I have not done so badly in this business. The new Bolshevik government agreed to a truce with Germany in mid-December 1917, and a week later the peace negotiations began. ” 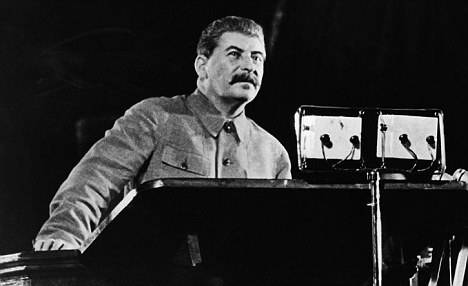 Target: the agent was assigned to kill Joseph Stalin during the First World War, but he refused and was fired. It was planned to liquidate an influential communist, a supporter of the conclusion of peace with Germany.

One of Cumming's most dashing recruits was Paul Dukes, whom colleagues described as the “answer to the prayer for the perfect spy” - courageous, intelligent and beautiful.

He became the lover of one of the women who was a confidant of Lenin. This connection has become a rich source of information about the Bolshevik government. Dyuks was also the first to use a trick that later became standard: he hid evidence in a waterproof bag in a toilet flush cistern.

He explained: "I saw how carefully the Bolshevik agents searched the houses, studied paintings, carpets, removed bookshelves, but it never occurred to anyone ... to put your hand in the drawer of the closet."

Many of Cumming’s officers were pleased to pamper themselves while on duty.

Norman Dewhurst, who worked in Thessaloniki (Greece) during the war, recalled that the local brothel, Madame Fanny, was a favorite meeting place.

“It was a good place with beautiful girls. Every time I managed to combine work with pleasure, because, during my visits, I always received some useful information. ”

Moreover, the management of the secret service (SIS), when preparing the warned agents: “Never trust women ... never give anyone your photos, especially women. Create an impression about yourself that you are a brainless donkey. Never get drunk ... If you have to drink a lot ... you should drink two tablespoons of olive oil in advance, then you will not be drunk, but you will be able to portray a drunk. "

Pei rarely left his office and, according to Leslie Nicholson, the head of the bureau in Prague, "Had the most misconception about the way of life that we led."

This impression was hardly dispelled when, during one of the rare visits to Pei abroad, Nicholson received him in one of the nightclubs of Prague, where they were entertained by pretty Hungarian twins, who were simultaneously performing sexual striptease.

Monocle "Pei" regularly fell when his eyebrows rose in approval or surprise.

Another important person in Cumming's organization was the physicist Thomas Merton, the first “Q” (“Q”) of the secret service, who shared Cumming’s love for innovation.

One of his early triumphs was the creation of invisible ink for writing secret reports.

Previously, agents used sperm for this purpose. It was an effective tool, but not everyone liked to use it.

Q also developed methods for hiding documents in key cavities, using double bottom cans, in basket handles. The reports were written on special silk paper, which was then sewn into the courier's clothes, hidden in the cavities of the teeth, in candy boxes.

“I turned around and waved my cane. As I expected, one of my attackers grabbed her ... I deftly retreated, jerked the blade of the rapier off and struck the gentleman with a slanting blow. He screamed and collapsed on the pavement. His comrade, who considered me unarmed, rushed to run. ”

Although he wanted to take part in operations himself again (he called intelligence “great sports”), he became too important to take risks. However, his invisible presence permeated the entire service.

“The letter“ K ”justified everything, - noted one of the officers, the writer Compton MacKenzie. “And who was“ K ”, where he was, what he was and what he did, we did not know.”

By the end of the war, despite some setbacks, the young service of Cumminga had achieved notable success.

Two officers infiltrated the anarchist ranks and averted a conspiracy to assassinate the Allied leaders, including the British War Minister, Lord Kitchener, the foreign minister, the king of Italy, and the French president.

One of Cumming's agents in America exposed a network of German spies who used Irish dockers to set explosive devices in the holds of ships carrying vital equipment to England.

It was a dangerous job: the body of a partner of an agent who was watching the loading was found in the docks in New York, riddled with bullets.

The work of the service, as before, is carried out in the strictest secrecy, exploits are not celebrated and not recorded.

A fitting tribute to a man for whom no sacrifice was too great and no pain was unbearable in the name of the good he served.