Syria is our frontier 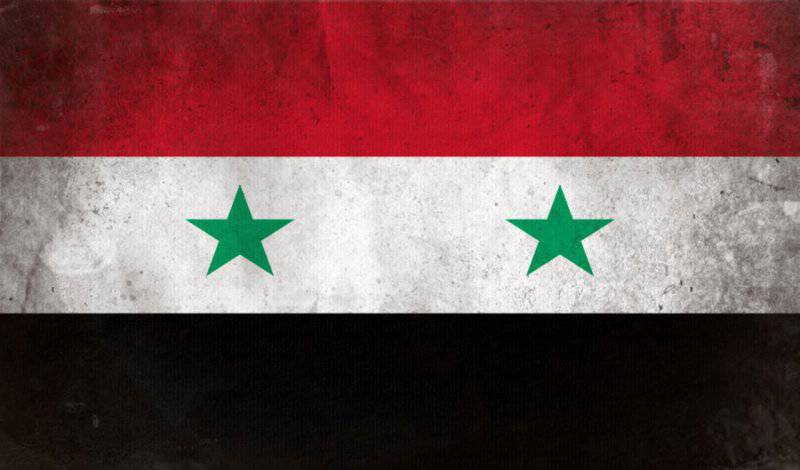 The West does not hide its desire to carry out military intervention in Syria. For now, it is only the position of Russia and China that is holding it back.

- In the Arab world today is practiced the theory of "domino". In displacing one after another undesirable to the West, leaders are actively using the dynamic power of the newly "converted" neighbors. Thus, Egypt helped the Libyan militants, and those, in turn, today supply weapon Syrian fighters. The weapons, intercepted at the end of April by the Lebanese army on the way to Syria, were carried by a vessel that, until the end of January, was still flying the flag of Georgia. And the “color revolutionaries” from Serbia came to Egypt and Syria back in the middle of the 2000s.

In Syria and in the region, we also see the deployment of the complete tools of the Washington military machine. Where “peaceful” “color revolutions” can work, they are used. Where power is able to suppress subversive activities, the United States and NATO will uncover real weapons (Libya) and arm militants, local and mercenary (Syria).

What will be the consequences of this process for Russia? Together with the loss of Syria, the largest and only remaining ally in the Arab world, Russia is losing the entire region. The Palestinian and Lebanese resistance is losing the main support, and the American satellites finally reign in the region. Iran in such conditions will be very difficult to survive. But Syria and Iran are the far borders of Russia's southern front, and with the fall of Assad, the front line will pass in the Caucasus and Central Asia. Finally, on international platforms such as the UN Security Council, we are one by one losing allied votes. Who will vote with Russia in a year?

The fate of Syria is actually decided in Russia. Russia's position is the main factor hindering the open military intervention of the West. This is well understood in Washington, hence the hard pressure on Russia.

But Syria is also a question of Russia's domestic policy. This is a test for President Putin: does he have the political will and strength to resist the pro-Western lobby in Russia?

And position clarity is just not enough. Suddenly it turns out that Russia does not support any of the parties in the Syrian conflict and is promoting the so-called Yemen option, that is, Assad’s withdrawal. It sounds very strange, ambiguous.

If such ambiguity aims to appease the United States, then this is a mistake: Washington cannot satisfy anything except complete and unconditional surrender. And he will insist on it to the end - whether it is Syria, whether it is Russia. Small and large concessions will not save us. The surrender of Syria will mean that after a while, Russia will be thrown with the participation of the new pro-Washington regime in Syria and other dominoes of that same “domino”.

- “The Arab Spring” is a preparation for the battle for Eurasia, the creation of a zone of controlled chaos. This zone, as can be understood from the plans of the planners, must extend through the arc, the blade of instability from Mauritania and Algeria to Kashmir and Kyrgyzstan.
The blade is aimed simultaneously against China and Russia. But so far a continuous arc does not emerge: “Bickford fuse”, which was fired in North Africa, sometimes it goes out in the weakened opposition of Syria, followed by Iran. And the UN Security Council is not able to splash petrol, because the “peaceful mission” of Annan continues. But more and more warlike appeals are heard, and not only in the USA.

It is clear that Syria and Iran are two states of the Muslim world that do not want to replenish the zone of controlled chaos.

That is why the “friends of Syria” (they are also the “friends” of Yugoslavia, Iraq, Afghanistan, Libya, Egypt ...) are trying to destroy not just the Assad regime, but an integral, independent Syria. But, as they say, he sees the eye, but the tooth hides. Western Sher Khan and the tobacco jackals from the Arab monarchies, rubbing on its sides, cannot burn all Syria in the fire of civil strife.

In addition to the West, Qatar is among the “friends of Syria”. For Qatar, the dismantling of Syria is an opportunity to lay a gas pipeline, go to the Mediterranean Sea and increase the sale of gas. The West would have had its winnings in that case - weakening the position of the Russian Federation with the help of the “gas line”.

But these are only regional and gas aspects of the fight; more important, of course, is the global agenda. And in her bet - the whole of Eurasia.

The rate is determined by two factors.

First, the global economic crisis, which is nothing but a manifestation of a systemic crisis of capitalism (the crisis is so breathing in the back of the head the powerful people of the world that the Rothschilds and the Rockefellers combine some of the assets, giving a certain signal to the world top).

Secondly, the threat of geoclimatic and geophysical catastrophe. Indeed, according to forecasts, with such a development of events Northern Eurasia will remain the only truly stable and resource-secure territory for several centuries. Control over it becomes a condition of preservation by the top of the world capitalist class of both power and property.

The leaders of the states in Moscow and Beijing, in theory, should understand that Syria and Iran are currently passing the front line in the unfolding struggle for Eurasia, its space and resources. And for this line "friends of Syria and Iran," who at any time can become "friends of Russia," should not be allowed under any circumstances.

Hypocritical phrases about reboot, friendship and trust fly from the West. So Gaddafi swore the same! I remember Hamlet’s remark about Rosencrantz and Guildenstern: Whom I will trust as I will adders fang'd (“By whom I, as two vipers, I believe”).

The law of any war (and we live in a military era, the pre-war ended in 2011 year) - to stop the enemy at the far lines. Syria is such a milestone.

By the way: We can agree with much in the position of experts. However, the remaining questions are: does Russia today have the resources and strength to withstand the ever-increasing pressure of the West? What will this confrontation mean for us?