Why is it fundamentally impossible to build the USSR-2?

January 11 2019
733
This question arose when discussing the article "USSR-2 Kurginyan and the main issue of the revolution". Experts do not consider it for the same reason that the projects of "perpetual motion" are not considered: these are questions of the same order. Enthusiasts offer many cleverly designed structures of perpetual motion machines, they ardently defend their projects, but they are not considered: they all will not work a priori. Therefore, it makes no sense to consider plans for building the USSR-2. But we are not from scientific experts, so we will give some thoughts on this. 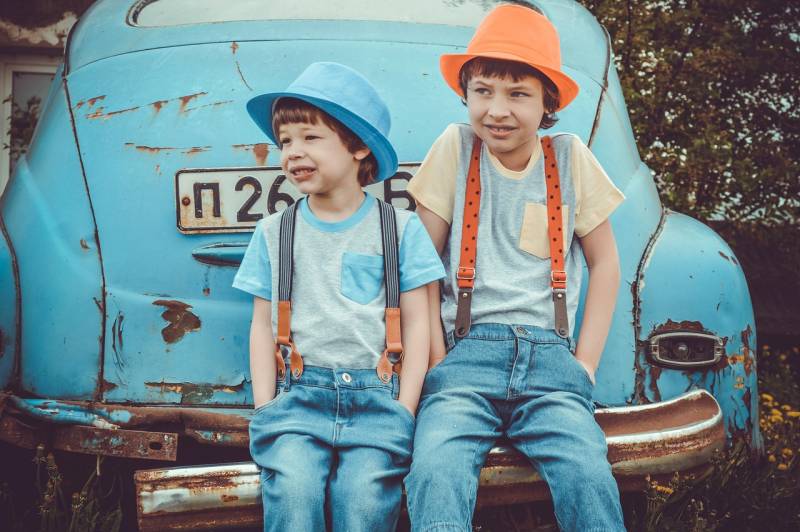 What does our social science say about this? Historical the circumstances of the emergence of the USSR are unique and inimitable, therefore it is impossible to reproduce the USSR with any index: life itself has changed a lot since then. Further, the merits of the USSR, of which we are moaning, were supplemented by its shortcomings, one without the other is impossible: what to do with it? The party bureaucracy, the dictatorship of the first secretaries of the regional committees led by the Central Committee of the CPSU and the Secretary General, and from below the comradely courts, the administrative system, too, would have to be revived. This is where the construction of the “perpetual motion machine” begins, which should provide us with advantages and remove Soviet flaws, but at the same time new unforeseen undesirable consequences associated with new forms of life, for example, with the Internet, will appear. Which, to predict is fundamentally impossible.

On the other hand, we are already reviving the USSR today when we use its historical experience, watch Soviet films, sing songs, read books, rely on its achievements and authority, and thus really revive some better forms of the USSR in today's life. Incidentally, this is what Western analysts and public figures mean when they talk about authoritarian (incorrigible undemocratic) Russia.

But this is not enough for our radical left fighters for freedom and justice, like the pro-Western liberal party: some again want to "demolish the system", others want real Western colonial "democracy", and all together want "Russia without Putin", this slogan strangely unites them . They know it and flaunt it: it won't be worse. It will be much worse, and first of all these political adventurers.

In general, these slogans are from the beginning of the twentieth century, when the word “communism” in Russia was as fashionable as “democracy” today, and all revolutionaries declared a cardinal and humane reorganization of society. It was believed that for this it was enough to solve by means of revolution only the question of power, so that the progressive forces themselves become the new revolutionary power, and then with the help of the power - this magic wand - they can realize the humane social concept suffered by the great progressive minds of humanity. Then - the Marxist communist, today - a certain USSR-2, and the liberals - finally make Russia a western colony, as Ukraine did. Again, the only way to solve all the problems our “humanists” see is mastering by any means the supreme power in the country, even a coup, therefore, by the way, they justify the Euromaidan and the Bandera regime in Ukraine.

At the end of the twentieth century, the American special services, together with the neo-Trotskyists, made of the former revolutionary theory political technologies on the revolutionary regime change to puppet "democratic" pro-American colonies under the control of the American ambassador, without whose supervision these "democracies" immediately turn into a junta or dictatorship. In fact, they compromised the very idea of ​​revolution.

However, such “revolutions” still retain their heroic aura in a part of the youth, it is still conducted on the promises of rapid cardinal changes for the better. Therefore, over and over again, the color revolutions are successful, even if by the US State Department training manual. On the "democratic revolution", on their "manuals" in Ukraine in 2014, the US spent just 5 billion dollars, according to US Assistant Secretary of State Victoria Nuland.

For the one who interprets these revolutionary results, the question arises: why do revolutions never achieve their stated goals? Why can they never change society in accordance with the program statements of its theoretical forerunners and founding fathers?

Biased experts from different political parties, as a rule, explain everything, though in different ways, with the tragic mistakes of the new revolutionary government, its leaders and local actors, and the resistance of the reactionary satraps of the old regime. They even led out the bitter maxim: romantics and idealists are making a revolution, and quite different, unsympathetic people enjoy the fruits of it, however, they, too, are leaving the revolutionary party!

One of those who are not satisfied with such answers was the historian Lev Nikolaevich Gumilyov, the author of the theory of passionarity. He knew the nature of the revolutionaries well: after all, revolutionaries are doing just passionaries! .. Lev Gumilyov himself suffered greatly from the 1917 revolution of the year: his father, a famous poet and officer Nikolai Gumilyov, the Bolsheviks shot, his mother, the poet Anna Akhmatova, was persecuted by revolutionary power, He himself spent the Soviet camps first 10 years "for dad", then another 10 years "for mom", and during a break he volunteered for the Red Army to fight the Nazis. Because Lev Gumilyov already then understood what the secret of the revolution is, that it is objective and does not depend on the personality of the revolutionaries, as well as on the reactionaries opposing them.

Therefore, with the beginning of perestroika in the USSR, a dissident and a democrat Lev Gumilev did not, on the contrary, he began to support the falling Soviet power. To the question of a certain “democratic pen” he answered: “What kind of a democrat am I? I have a profession! ”As a historian, Lev Gumilyov knew that the red wheel of the revolution that swept across Russia in the twentieth century, including his family, according to him, was historically objective. He saw similar revolutions in the history of a great many, long before the Great French, and they always came to the same bitter outcome.

The historian Lev Gumilyov drew attention to the scientific works of the Austrian biologist Ludwig Bertalanffy, his book "The General Theory of Systems". In his work "The Ethnogenesis and Biosphere of the Earth Gumilev refers to Bertalanffy:" The system is a complex of elements that are in interaction. " That is, the primary elements of information are not separate facts, but links between facts. ” The Belgian Russian-born physicist Ilya Prigogine draws the same conclusions. The properties and characteristics of the system determine the connections that are established between the elements of this system. If you break these bonds, living and inanimate matter as a system irrevocably dies, loses all its characteristics.

The historian Lev Gumilyov made for himself the discovery that the law of Bertalanffy-Prigogine’s system is also true for historical groups: society, public education makes the connections established in it. If you break ties in society, it will perish irretrievably, as living and inanimate matter dies. Moreover, most elements of the old world: people, palaces and fortresses, enterprises and various public institutions, the army and navy will remain, but they will begin to live a completely different life. Other ties will be established between them, if, of course, they survive physically, which is far from a fact.

The links established between the elements of society are expressed by the people who support these links. Actually, these people, formed into a certain elite, are the power in this society. How well they cope with their function, how well they succeed - another question.

The revolution, destroying the old power, its specific carriers, breaks precisely the ties between the elements of society, and this is all that it is capable of. This is enough to destroy the old social system, the “old world,” although most of its elements are alive and well. People who survived the revolution begin to live differently, but not always as the revolutionary romantics dream.

To become a real power, victorious revolutionaries need to establish links between the atomized elements of society. Moreover, such that public institutions simply function, otherwise people who survived the revolution, including the revolutionaries themselves, will simply die of hunger. Immediately after the revolutionary breakthrough, the new government wants, of course, to establish its own relations between all public institutions and people taken from the party program. In Russia, after 1917, this resulted in the policy of “war communism”, and very quickly the new government was threatened not even with counter-revolution, but simply with famine, and Lenin, in defiance of the party, introduces the NEP into his economy: he returns old private property relations to the economy and society. Many ideological communists then shot ...

From the law of Bertalanffy - Prigogine - Gumilev it follows that revolutionaries will never succeed in establishing their own programmatic links in the society they atomized. Despite its dictatorship. In practice, revolutionary programs are divorced from life and impracticable, as they thought. There remains more rhetoric from them. All the elements of society are “old”, from the “old world”, and the reorganization schemes are all theoretical and terribly far from the “old” elements of society, from real life. The “old” elements of society with all their desire cannot live “in a new way,” and even the dictatorship cannot do anything about it.

As a result, although under the pressure of revolutionaries, with the participation of old specialists in the society, some kind of compromise ties are established, very far from revolutionary schemes, in order not to perish everyone from hunger and external threats. The threat of total death in the face of the ineffectiveness of revolutionary programs makes it hard to look for these compromises. It is necessary for an atomized revolution to establish in the shortest possible time new connections instead of broken ones, including revolutionaries, who also want to eat every day.

Atomized by the revolution, the society under the control of a part of the revolutionaries begins, by trial and error, to establish new working links between its elements, the only criterion is that they work. Therefore, a huge number of old working ties are being restored, although they have been changed, and a certain number of new relationships are introduced that do not interfere with life. In fact, a post-revolutionary society begins to be built "from scratch", and it is precisely the revolution that throws it into this "zero"! Hence the inevitable companions of the revolution are civil war and devastation.

Revolutionary idealists are depressed from all this: their ideals have been turned away. They leave power, from the new emerging elite of society, and if they resist, they are destroyed by the new established power, so the revolution devours its children. In the Russian revolution of 1917, this is called collectively "the repression of 1937 of the year."

Lev Gumilev understood all this as a historian, so he forgave the Bolsheviks and did not accept perestroika democracy. He simply knew that the connections in the social system - her power, the elite, form the requirements of her survival as a system according to Bertalanffy-Prigogine, and not communist or democratic dogmas. Therefore, any revolution does not achieve its stated goals, therefore neither the USSR-2, nor "democracy" is possible, and if Russia survives a new revolutionary break and reflects the external threat of the US and NATO, Russia will be born some kind of fundamentally unpredictable today. If, of course, survives, that is not a fact.