December 18 2018
36
December 17 at the plenary meeting of the UN General Assembly, Deputy Permanent Representative of the Russian Federation to the UN D.A. Polyansky said that Russia and Ukraine are fraternal peoples, and Washington seeks to unleash a war between them. 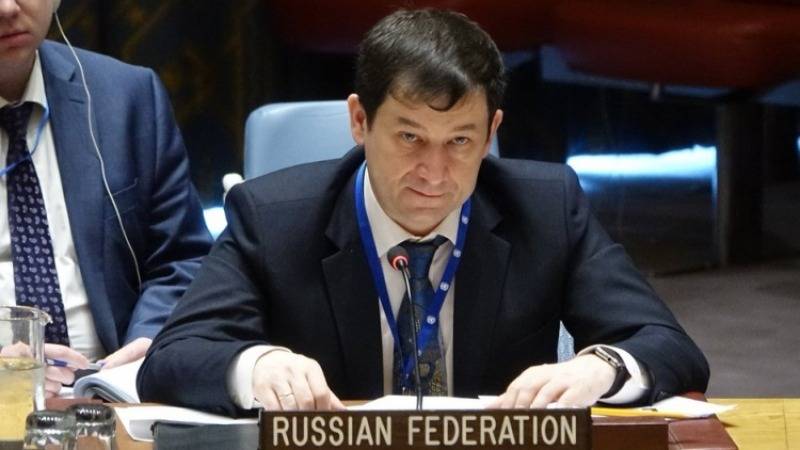 The reason for such a statement was the adoption by the General Assembly of the resolution on the militarization of the Crimea and Sevastopol by Russia. A Russian diplomat accused the US of supporting Ukraine.

According to Polyansky, the United States, instead of bringing reason to the Maidan regime, in various ways supports it by providing military assistance and supplying weapon. This US behavior suggests that "Washington is striving not only to confront two fraternal peoples, but also to unleash a full-scale war between them. At the same time, they zombify their NATO colleagues with an imaginary Russian threat. Meanwhile, the threat to the whole world today is one - American, and many today understand this all more clearly and clearer ", - he said.

Polyansky believes that "Today the United States gives a lot of reasons for shame to its descendants, Ukraine is one of the most eloquent of them". Future American descendants will be ashamed, just as ashamed now "to ordinary Americans for the inglorious American campaign in Vietnam".

One of the reasons for adopting the resolution was the seizure by Russia of two boats and a tug of the Ukrainian Navy in the Kerch Strait area. Then, on November 25, the warships of Ukraine illegally crossed the Russian border, did not react to the demands of the Russian border service and made dangerous maneuvers, which caused the arrest of violators and the seizure of their ships.