End of the era of counterinsurgency ("Stratfor", USA) 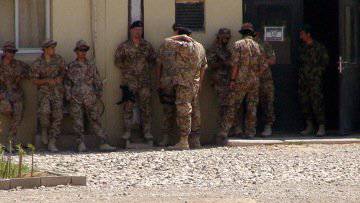 The US military has been discussing the feasibility of counterinsurgency operations for years. Based on the opinion formed by the war in Vietnam, many in the army have long resisted counterinsurgency actions. Others see similar operations as an inevitable component of future US wars. Debates are held between those who believe that the goal of conventional armed forces is to defeat the conventional armed forces of the enemy, and those who believe that traditional military conflicts will increasingly give way to conflicts similar to recent counterinsurgency operations. In such conflicts, the goal of the operations is to transform the occupied society in order to undermine the position of the rebels.

In order to capture the essence of the debate, it is necessary to understand that counterinsurgency is not a type of war - it is a strategy used by a disproportionately powerful conventional military force to wage an asymmetric war. As the name implies, the operation is a response to insurgent actions - a type of asymmetric conflict in which small groups associated with the occupied society participate in order to defeat the superior armed forces. Usually, the rebels are very purposeful - otherwise they quickly lose - and often their intelligence work better than the intelligence services of foreign invaders. Small groups of insurgents with good intelligence can avoid confrontations with more powerful conventional armed forces and are able to strike at them at their discretion. Usually there is no hope that the rebels will defeat the forces of the invaders by using direct military force. However, the main assumption of such a strategy is that the occupying power has less interest in the outcome of the war than the rebels, so over time the inability to defeat the rebels will force the occupants to leave.

According to counterinsurgency theory, the power of the rebel movement lies in the relationship between the rebels and the rest of the population. Links provide the basis for logistics and intelligence apparatus. They also provide shelter, as they allow the rebels to merge with the local population and disappear in the event of pressure from the occupiers. According to counterinsurgency theory, the destruction of these relations is mandatory. This requires providing economic incentives to the population, concluding deals with its leaders and protecting the population from insurgents who may initiate punitive operations as a result of the cooperation of the population with the occupation forces.

The weakness of counterinsurgency theory lies in the assumption that the population will turn its back on insurgents for economic reasons, or that the forces conducting counterinsurgency operations will be able to protect the population from rebels. Some values, such as religion and nationalism, are extremely important in some societies, and the occupying power to change these values ​​is minimal. It does not matter how helpful, sincere and friendly the occupying force is. Moreover, to protect the population from the rebels is difficult. Often the rebels are the husbands, brothers and children of civilians. The population may seek economic benefits offered by the occupying force, but this does not mean that citizens will betray or substitute their friends and relatives. In the end, it is a deceptive assumption that a crowd of foreigners can do something more than intimidate the population. The extent of this intimidation is also uncertain.

An alternative to counterinsurgency?

Of course, there is another plane of asymmetric warfare, which includes guerrilla warfare and special operations. Within the framework of such a war, well-trained light infantry forces disembark with a specific mission and do not depend on the local population. Instead, such forces avoid contact with the population, existing and working, using their own supplies or supplies obtained with minimal contact with the local population. It is noteworthy that any side can use similar tactics. The most important thing in assessing guerrilla warfare from the perspective of counterinsurgency actions is that this tactic is not only for insurgents. It may also be a potential alternative to counterinsurgency.

Vietnam, Iraq and Afghanistan have shown that the US military is not very good at counterinsurgency operations. It can be argued that the United States should improve its abilities in the conduct of counterinsurgency, but little indicates that this is possible. However, there is another option for waging war with the help of ground troops, and it is in this form that the US military is strong. In this alternative, there is no intention to win over the population - it is aimed at achieving very specific military goals: from destroying objects to intimidation, engaging in hostilities and the possible destruction of enemy forces, including insurgents.

Special forces are extremely useful for achieving similar goals, but we must also take into account other types of forces. The US Marine Corps is a good example. Instead of occupying territory, and precisely instead of trying to change public opinion, these forces carry out normal missions with relatively small groups. Their goal is to use military force in a very specific task, avoiding contact with the population and striking at forces and objects of the opposition. Counter-terrorism operations or the assault on specific objects could be the best example of this.

In order to illustrate these operations, let us take as an example what we consider one of the most important emerging threats: the possibility of acquiring non-state participants in the international system of land-based anti-ship missiles. Globalism leads to the growth of maritime trade. We have already watched the spread of different species. weapons among non-state actors. It is easy to imagine that the next type of weapon being distributed will be ground-based mobile anti-ship missiles. A guerrilla or rebel group armed with such systems can use vegetation as cover for movement and strike at warships. In fact, we have already seen several incidents when groups used similar tactics. Hezbollah acted this way during the anti-Israel action in 2006. Pirates off the coast of Africa are a non-state threat to sea freight, although they have not yet used such weapons. We see this possibility in the case of the use of boats with suicide bombers sailing from the shores of Yemen.

The world is full of tight sea straits - in such a “bottle throat” the movement of ships is limited, and they are within reach of the anti-ship systems located on the shore. Some restrictions, such as the Straits of Hormuz, Malacca and the Straits of Gibraltar, are natural phenomena, while the Suez and Panama canals are man-made and extremely vulnerable to the use of less sophisticated weapons than anti-ship missiles. These sea straits, as well as other important coastal zones, demonstrate the vulnerability of the entire world economy to state and non-state actors in the international system. Their capture will be a logical transition to the next level after piracy.

Providing marine escorts to protect commercial ships will not solve the problem. Escort forces may not even be able to attack aggressors on land, whose location may not be known. Air strikes are possible, but using examples of places like Kosovo, we realized that camouflage is an effective means of fighting air raids, despite its shortcomings.

In such conditions, detachable units that vary in size will be needed. American marines, who have enough strength to withstand opponents in a relatively large area, are well suited for this kind of operation.

Special-purpose teams can be useful for the destruction of designated and non-moving physical objects, but the navy in groups that vary in the number of people will be able to provide for the search, identification and destruction of attackers who are in constant movement or regroup. Due to the fact that these will be both land and sea operations, coordination of the efforts of the naval and land forces is extremely important. These missions are clearly for the Marines, and they may turn out to be very urgent tasks.

The missile example is one of many possible missions against non-state actors that can be devised for small units in a mixed military scenario. Such a mission will help to avoid the mistakes of counterinsurgency operations. Moreover, it will give on-the-spot forces the ability to distinguish between targets, camouflage and innocent victims, while still allowing the use of drones and other means.

The issue is not the choice between an “equal” military conflict and counterinsurgency. Although becoming increasingly rare, equal conflicts continue to be a threat to the existence of any country. The real challenge is to provide the mission with commensurate resources, while without occupying the country or — which is worse — its transformation.

The type of government that leads Afghanistan does not affect US national interests. In the national interests of the United States - the lack of planned, executed or organized in Afghanistan, terrorist attacks. In order to achieve this goal, the occupation or transformation of the social structure is not needed. The necessary actions will vary in each case, but the main thing is to curb the level of US involvement in each conflict at the lowest possible level. There are three reasons for this. First, such a strategy of deterrence leads to the definition of a mission goal that can really be achieved. This implies a sober attitude towards the task. Moreover, by minimizing the level of engagement, it is possible to avoid a scenario in which expedient withdrawal of troops is considered politically impossible. One last thing: it avoids the consequences of trying to change the whole country.

Military intervention should be a rare event: when it happens, it must be proportionate to the goal. In the sea straits scenario mentioned above, the goal is not to defeat the rebels, because the insurgency cannot be destroyed without occupation and without transforming the occupied society. The goal is to prevent the use of ground-based rocket launchers against ships. The mission to destroy these installations is easy to justify from a political point of view, since it can be used to avoid an occupational war. There are effective countermeasures against counterinsurgency operations.

These operations require a small detachment, which can be transferred in various ways to the established zone. They should be able to use forces of different levels - from the detachment to a higher level, if the need arises. Forces sent on missions must be able to return without leaving the theater of operations zone. In this case, they do not need, without having to be located in the immediate conflict zone, suffer casualties, and also fight for secondary objectives and - which in this case is inevitable - against civilians. In other words, the mission should not lead to political consequences that can be avoided.

The main thing is to recognize the failure of counterinsurgency actions, to understand that war is fought at different levels, and that any military detachment should be able to adapt to the mission, ideally functioning without large ground objects and without going over to occupation.

The current debate on counterinsurgency allows us to think carefully not only about the "scaling" of military forces, but also about the idea that the mission should involve the occupation of the territory only in the most extreme cases. Occupation leads to resistance, resistance to retaliatory attacks, and they, in turn, lead to counter-insurgency actions. A quick landing of forces, usually from the sea, can lead to rational strategic and operational planning, as well as strategies to end the war. It is easier to end the war when it only requires ships to sail away.

Not all wars can be waged in this way. But in cases where such a strategy does not fit, you need to think very carefully about the situation. As the past shows, optimism история similar wars do not inspire.