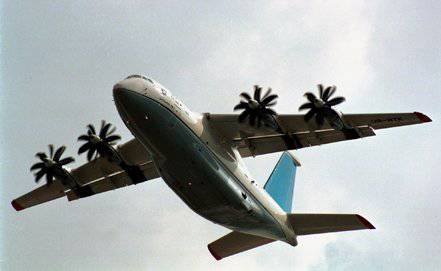 According to the commander, the research and experimental design work (R & D) to create an MTC An-70 will be completed this year.

"Russia and Ukraine are creating operational-tactical military transport aircraft An-70. The end of R & D is expected this year. We very much expect to receive a new operational-tactical aircraft intended for the transport of personnel and perform other tasks," the commander emphasized.
“From 2014, we will start receiving IL-76MD90 (IL-476) transport aircraft and modernized IL-76D aircraft. We also plan to receive a new An-70,” he said.

According to the commander, before 2020, the BTA will also receive 25 heavy BTC An-124 in various modifications.

As Kachalkin stressed, the Russian BTA does not intend to acquire foreign-made aircraft. “Purchases of foreign equipment are not interesting for us, since domestic equipment fully meets our requirements,” he noted.

Thus, experts say, abandoning the An-70 project in 2006 due to the erroneous position of the former Air Force commander Vladimir Mikhailov, who stated that there is no need for such an average MTC with turbopropfan engines (TVVD) Russia returned to the Russian-Ukrainian program An-76, which is a direct competitor to the European A70M aircraft.