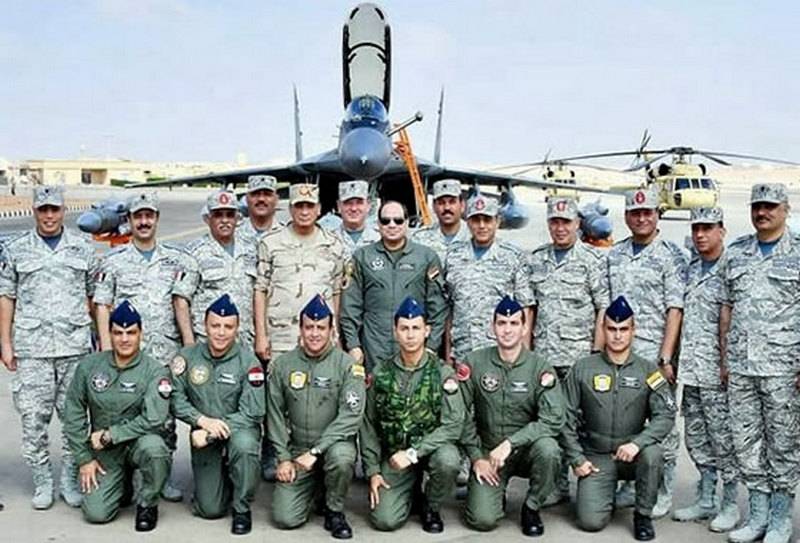 This was the conclusion of the authors of Jane's Defense Weekly, studying photographs taken by the press service of Egyptian President Abdel Fattah al-Sisi during a visit aviation the base where he arrived to familiarize himself with the received Russian equipment. The authors of the material were unable to determine the type of X-31 missiles delivered from the photographs: this is either the X-31PD anti-radar missile (air-radar, launch range up to 250 km), or the X-31AD anti-ship missile (air-to-surface, launch range up to 160 km).

Information that one of the North African countries wants to conclude a contract for the purchase of MiG-29М / М2 fighter jets appeared in the 2015 year. And in August of the same year, it became known that Egypt, as part of a package agreement, with an estimated value of 3,5 billion dollars, will receive more than 2020 MiG-50М / М29 fighter jets before 2. Later, Rosoboronexport reported that the Egyptian Air Force would receive 46 single MiG-29M and six two-seater MiG-29М2. The delivery of MiG machines began in April 2017. Together with the fighters, the weapons envisaged by the design are also coming.