From chips in weapons to supersprafov for games with violence. Ideas after the tragedy in Kerch

October 25 2018
162
After the terrible events in Kerch, Russian politicians and law enforcement officials share their thoughts on how to improve the system of protecting educational facilities and other socially significant facilities in the country. Some sentences look strange to say the least. One of such proposals was made by the deputy head of the constitutional legislation committee of the Federation Council of the Federal Assembly of the Russian Federation Elena Mizulina. 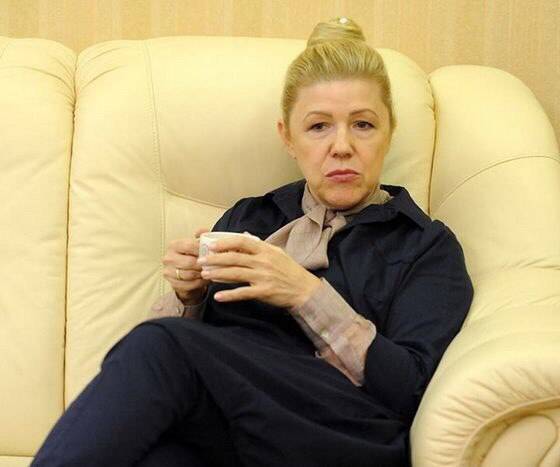 The essence of the proposal of the Russian senator is to fine the distributors of game content for the content of violence in it. Mizulina proposes to introduce administrative responsibility on all platforms where violent actions are being shown in games. According to the representative of Sovfeda, such sites today include Google, YouTube, Facebook and others, where the games are “close to reality.”

In the newspaper Kommersant given Mizulina statement:
They do not cut off the heads of the Serpent Gorynych, but real people.

In fact, fines for this kind of content are already provided for by Russian law. Makes such a fine up to 100 thousand rubles. Elena Mizulina offers to increase it at times.

In this connection, a question arises to the legislators themselves: why did they start to wave the drafts just now, where they were during the last decades, when scenes of violence had become commonplace not only for games? What to do now? Penalize film distributors for showing films with scenes of murders, terrorist attacks, etc.? Or, nevertheless, do not hit the tails and do not work “tops”, but already develop a coherent policy on the issue of systemic education of the younger generation.

Representatives of the middle and older generations also played: “war”, “policemen and gangsters”, “Cossack-robbers” - they ran with wooden machine guns, “shot and killed”. But from this, thank God, the vast majority of the villains did not become. Today, the level of public aggression has increased significantly. Not the last role played by the negative content, which says Mizulina. But only bans and fines can not solve the problem.

Proposal from the Ministry of Interior: equip all realizable weapon in Russia tracking sensors. At the conference "Interpolitech-2018", a senior researcher at the testing department of the technical regulation center and cataloging of the Russian Interior Ministry "Special equipment and communications" Andrei Tsukanov said (RIA News):
There are analogues, we carried out a theoretical analysis and by comparing with already functioning systems we concluded that it is possible to introduce satellite navigation into movement control, the use of legal weapons. A similar principle applies, for example, in vehicles that transmit an SOS signal when a shock sensor is triggered, as well as when conducting continuous surveillance of suspects and defendants who are under house arrest.

The sensor at the manufacturing stage is proposed to be installed in the body or butt of a firearm. This will slightly increase the cost of the "trunk".

It is not entirely clear who and how exactly will carry out the accounting for movements of weapon owners with these weapons. It is not clear what will be undertaken in case of damage or other reasons for the failure of the sensors. An additional problem is that, judging by the tragedy in Kerch, there are still opportunities to create (obtain) improvised explosive devices. And then no chipping exactly will not help.

The very idea of ​​the representatives of the Ministry of Interior related to the nightmarish events at the Kerch Polytechnic College.