October 19 2018
65
The “Clear Skies 2018” exercises were designed to demonstrate to the world, and above all Russia, not only the West’s support for Kiev’s aggressive aspirations, but also the high combat effectiveness of the remnants of the Ukrainian aviation, as well as readiness for their use. 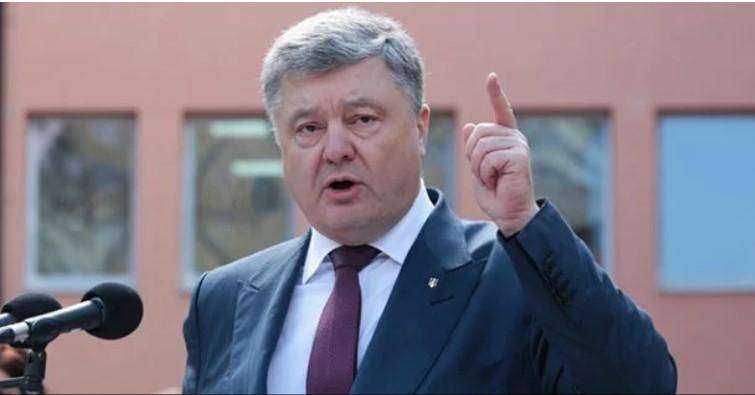 However, as it is increasingly happening in post-revolutionary Ukraine, the results of the exercises turned out to be directly opposed to the expectations of Poroshenko and his team. The central event of the “Clear Sky” was not the “battle” of the Ukrainian Su-27 with the F-15 of the US National Guard, from which Poroshenko's “falcons” emerged victorious, but an accident in the Zhytomyr region, in which Ukrainian and American pilots died. 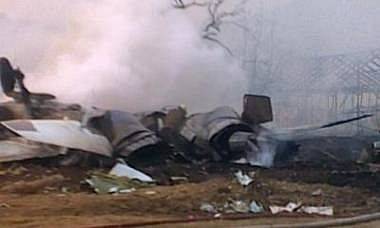 Of course, flight accidents, including those with tragic consequences, are an inevitable satellite of military aircraft of even the richest, most trained and modern armed forces.

But the fact is that the crashed Su-27 identified such a number of the hardest and systemic problems tormenting Ukrainian aviation, against which the accident itself is simply lost, and the issue of combat effectiveness goes into the category of purely rhetorical.

Let's start with the fact that it immediately became known that the plane, on which the American and Ukrainian colonels flew off on their last flight, had not undergone a scheduled repair for 27 for years and had already developed its resource.

Released in 1991, the Su-27UB (963104240 serial number) went to Ukraine as part of the 100-th separate naval fighter aviation aviation regiment of the USSR Navy at Saki airfield in the Crimea, and in 1992 was transferred to the 831-th guards fighter that had passed under Ukrainian control. Aviation Regiment (the current 831 brigade of tactical aviation) in Mirgorod.

In the 2009 year due to the development of the resource was put in the same place for storage. But already in the summer of 2014, due to the outbreak of the war against Donbass, it was re-maintained and returned to service. At the same time, the repair of the aircraft was not carried out, unless, of course, we do not consider as such a new type of camouflage applied to it. 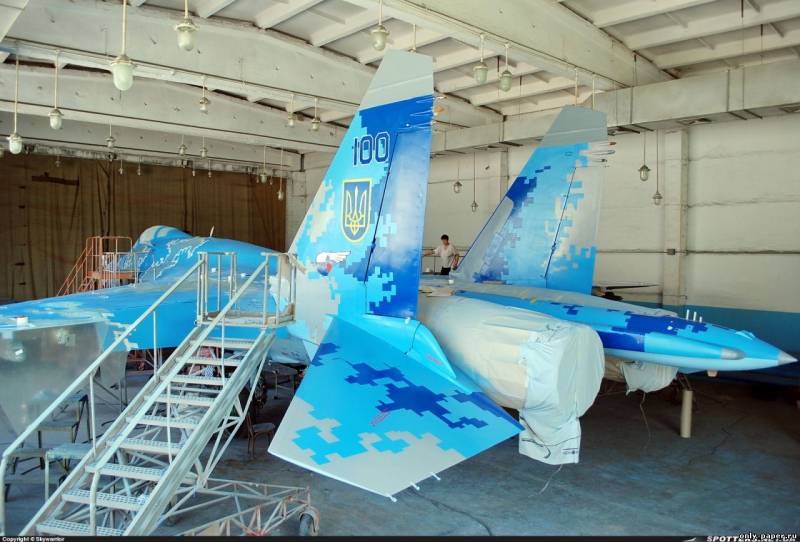 It seems incredible that such a machine, which in general could not be lifted into the air, was not only used by Ukrainian pilots, but also by American guests.

However, the problem lies in the fact that almost the entire military aviation of the Ukrainian Armed Forces is in this state. To begin with, the Ukrainian Air Force is represented exclusively by old Soviet aircraft. 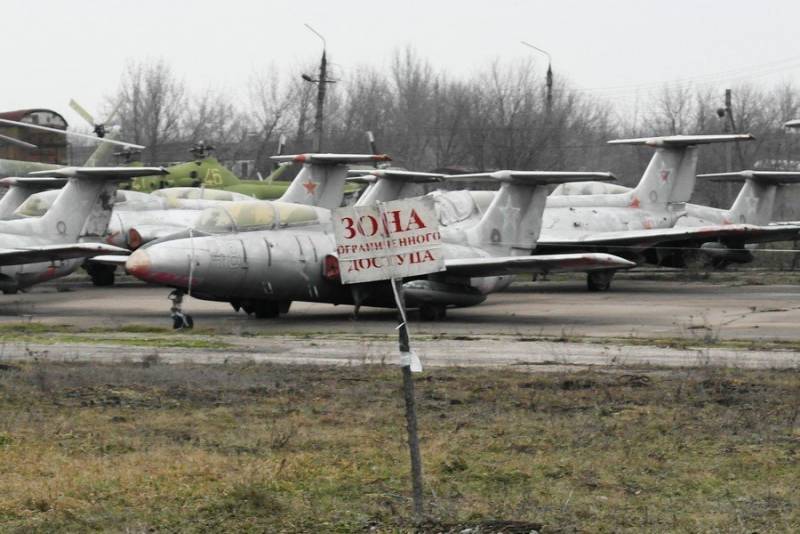 In principle, by replacing avionics and upgrading a number of systems and components, these planes can be “pulled up” to an acceptable level, but no such work has been done with them. Moreover, at the moment, even maintaining them in just working condition has become a very serious problem for Ukraine.

At the aircraft repair enterprises that have survived from Soviet times, of course, they are trying to repair or even, as far as possible, upgrade aircraft. However, the possibilities for this are small. 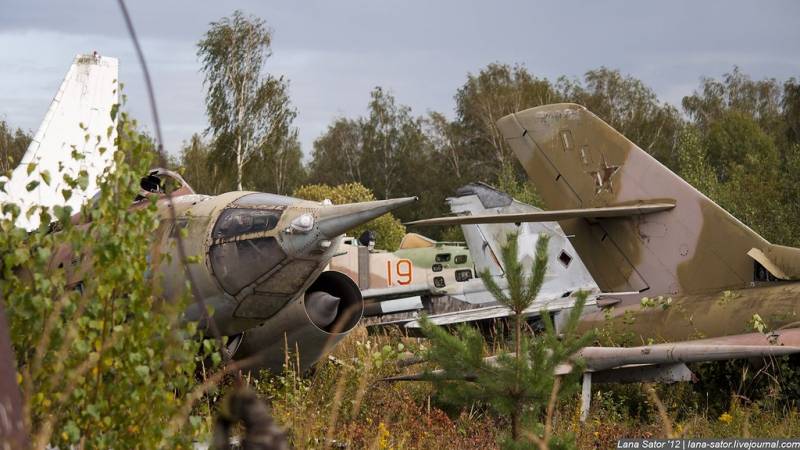 Even ordinary scheduled repairs become a colossal problem due to the lack of spare parts, the sale of which to Russia, for obvious reasons, has ceased.

Recall that just the other day the court for three years and two months imprisoned a resident of Moscow for trying to sell parts for Ukraine for military aircraft Su-27 and MiG-29.

That is, as we see, the Ukrainian aviation is trying to get the necessary spare parts for it even in ways that are so surprising to the state.

Of course, a number of technical problems can be solved at the expense of “aviation cannibalism” - disassembling parts of some aircraft to maintain the fighting efficiency of others at their expense. It would seem that Ukraine has plenty of opportunities for this: when dividing the weapons and property of the Soviet Army, it received more than 2800 aircraft, of which 1700 was fighting. As well as the corresponding technical base. 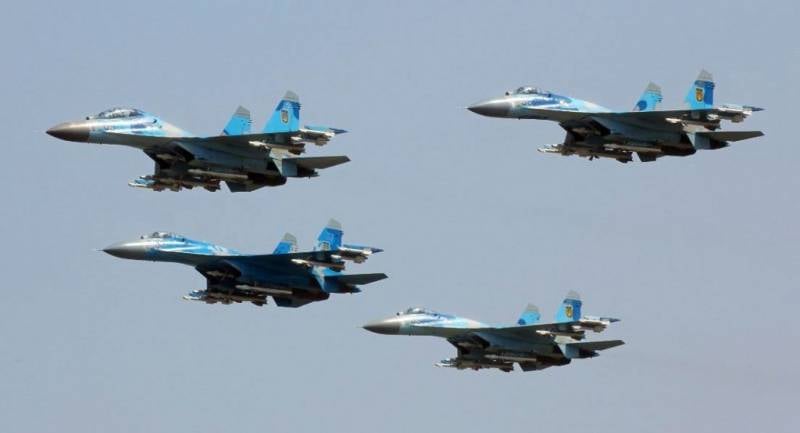 However, of all this wealth, by the end of 2013, only 160 combat and 27 transport aircraft remained in the APU, not all of them are in working condition. One can only guess where the rest have gone, as well as the spare parts in the warehouses. So "cannibal" and especially nothing. It can be assumed that for some time the Ukrainian Air Force will be able to hold out, finding spare parts, including used ones, in the former countries of the socialist camp and desperately saving the flight resources of the aircraft. That, in turn, creates another, almost a big problem - the unreadiness of flight personnel. 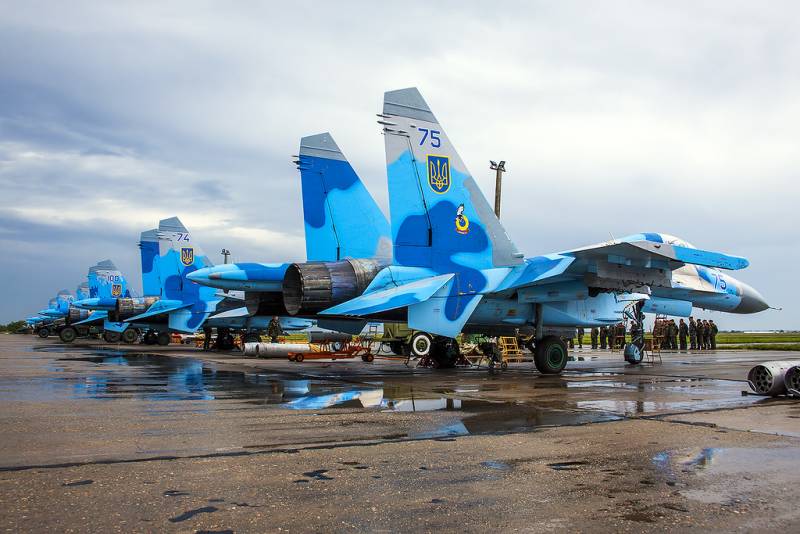 After all, in order for a pilot to effectively fight, he must fly, and fly a lot. That in the current Ukrainian Air Force, as we see, is impossible. And you cannot teach flying with some exercise machines, and you will not support the form.

By the way, the mentioned accident Su-27 was, according to experts, the result of not the technical condition of the aircraft, but the "human factor". What is a consequence of the lack of plaque from the Ukrainian colonel, who piloted the fighter.

And finally, the third aspect that characterizes the current, frankly, frightening state of the Ukrainian Air Force is the glaring irresponsibility of their leadership. We have already indicated the actually faulty machine that was allowed to participate in international exercises. 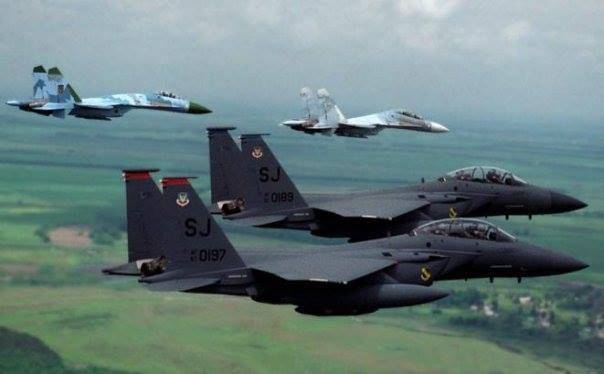 And at that very time, when the remains of the Su-27 were burning down on the take-off, in the other part of Ukraine the pilots worked out flights at a super low altitude ... above the residential areas of Hotin.

The publication “Politnikvigator” cites evidence of Igor Zubrovsky, a resident of the city, who told how two pairs of Su-27 rushed over residential buildings at an altitude of 50 meters, and over the river they were walking almost over the water, so that the fishermen in inflatable boats overturned. 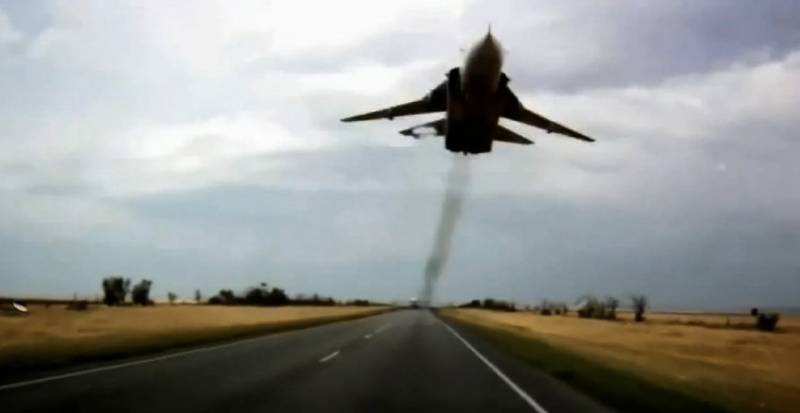 Such flights are quite risky. Especially when you consider the level of training "Poroshenko Falcons".

Recall that 11 November 2015 of the year in the Zaporizhzhya region Su-25 attack aircraft fell near the highway Kharkiv - Simferopol, crashing into a power transmission tower - the pilot also worked on the flights at super small. 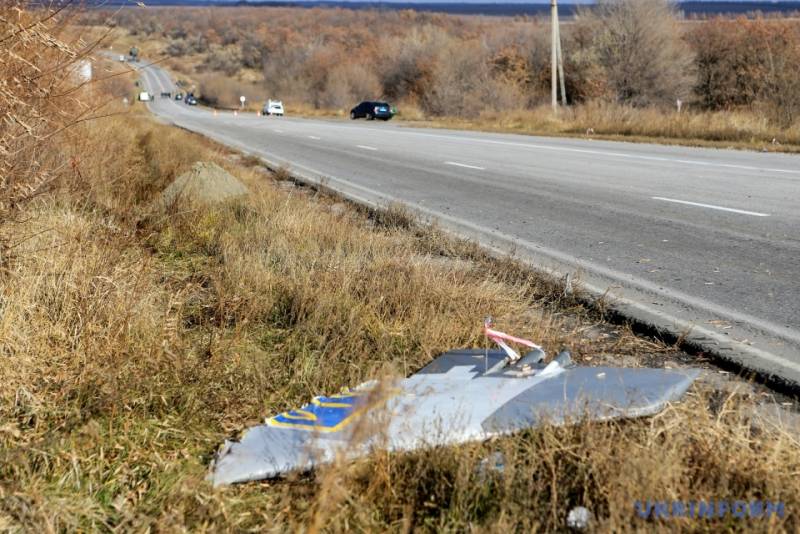 However, it should be understood that the Ukrainian aces did not misbehave over Khotyn, but practiced actions under conditions of the massed use of air defense weapons by the enemy over the agglomerations of Donbass. What dangers are at the same time exposed to the residents, neither the Ases, nor their leadership cared at all. 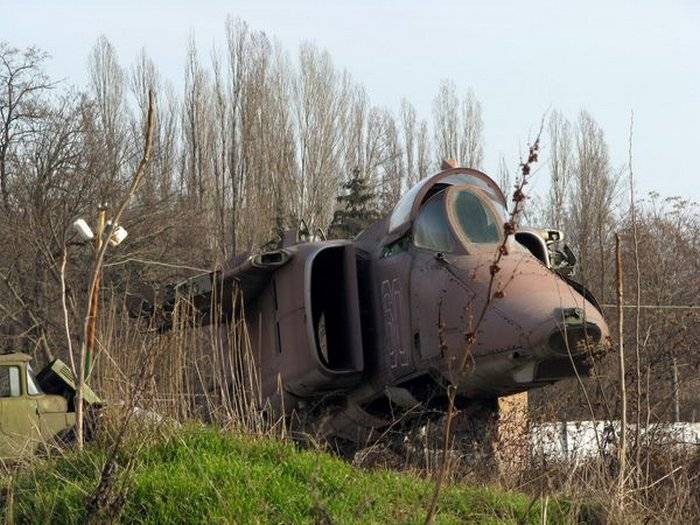 It can be stated that the Ukrainian Air Force in its current state is dangerous, contrary to Poroshenko’s assurances, not for Russia, but for themselves and their fellow citizens.