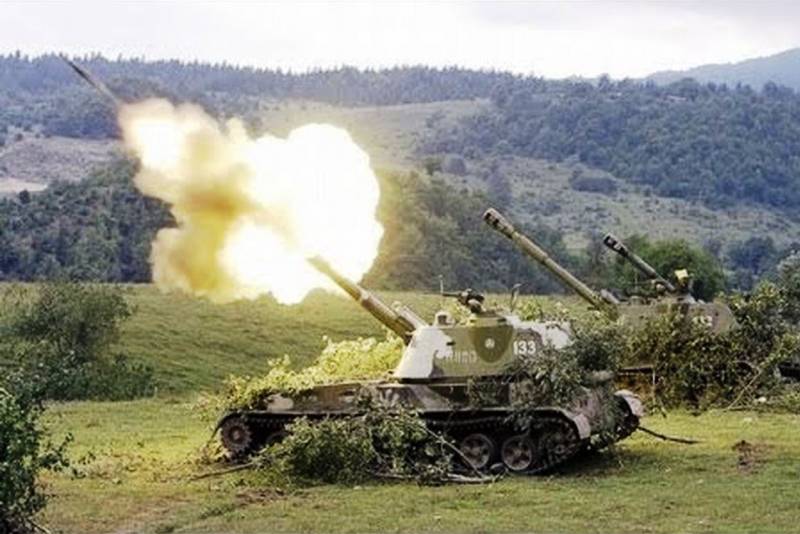 The publication cites the words of the general director of the concern Alexander Kochkin, who said that the projectile performs most of its journey to the target along the usual ballistic trajectory, and only at the final stage (before the target) its control system is activated, which makes adjustments to the flight, thereby increasing the accuracy of hitting . The adjustment is made either by small jet engines or by means of installed wings. The CEO also noted that it is impossible to use the optical guidance system because of the large overloads caused by rotation - the picture will be blurred.

The author tries to guess how the ammunition will be aimed at the target. Usually a laser beam or GPS navigation is used for this (like the M155 Excalibur US 982-mm shell), and there are always fears that both of these methods can be blocked by the enemy, he notes.

Apparently, Russia takes a different approach. It is not excluded that the Russian designers invented a special optical system that is not afraid of the furious rotation of the projectile, the magazine believes.

Also, the publication is at a loss as to whether the projectile will be self-guided or its flight will be remotely controlled (with the help of a joystick) by the operator.

In addition, the author expressed confidence that the cost of the new Russian projectile will be lower than the cost of other guided munitions, such as Krasnopol, but much more expensive than conventional projectiles. For clarity, he cited an example from the American pricing policy: if an ordinary projectile today costs about $ 1 thousand, then the cost of the M2000 Excalibur 982 caliber of 155 mm created at the beginning of 68 is about $ XNUMX thousand.

Of course, Rostec is looking for a cheaper option, since “the Russian government has not allocated any funds for the project at all” - all work is being done at the expense of the company's internal reserves, the newspaper concludes.