October 1 2018
47
Concern "Kalashnikov" presented a combat module operating under the control of artificial intelligence, according to the website Kalashnikov Media. 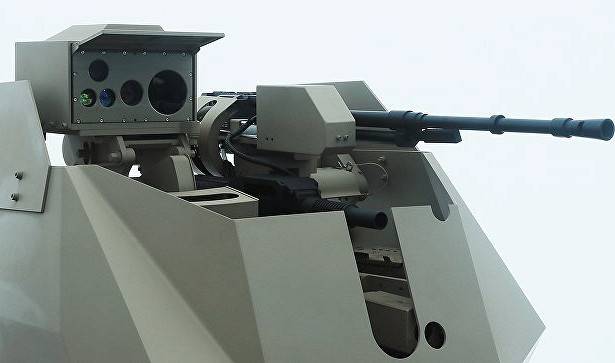 Automatic control station weapons under the control of artificial intelligence can perform tasks without a person at any time of the day. The gyrostabilization system allows you to fire in motion.

Artificial intelligence is based on neural networks and can be improved in the process. He is able to detect and recognize targets, determine priorities in the sequence of defeat, give commands to the escort machine and make decisions about opening fire.

Concern posted a videoshowing one of the station's modes of operation - sector scanning, recognition of threatening objects (objects that do not represent danger, are excluded from the destruction sector), making a decision on the number of shots sufficient to ensure the destruction of the target, and opening fire.

It is reported that the stations can be installed as a stationary, and on the technique, it is possible to combine them into a network for concerted action. The latter option is recommended for solving problems of protection, for example, the perimeter.

The concern stressed that equipping important facilities with such stations would make it possible to exclude such a human factor as fatigue and loss of vigilance.