5 September 2018
20
Despite the fact that in the economic relations of the two countries, according to the figurative expression of the Belarusian president, they regularly “sparkle”, the businessmen of the ally countries are ready to further increase cooperation.


This is especially noticeable in the moods in the small and medium-sized businesses of Belarus, which were investigated by experts of the Center for the Study of Integration Prospects. On September 4, they presented their report on the mood of Belarusian entrepreneurs during a video link at the Russia Today MIA.

According to the Center's estimates, which were announced by the center's director, Sergei Rekeda, almost three-quarters of the businessmen from the union republic believe that membership in the EEU is beneficial for Belarus. At the same time, 50 percent of respondents TIPI noted that they themselves receive a direct benefit from this. 51 percentage of entrepreneurs while cooperating in business with Russia in one way or another. 12,5 percent tried to build ties with the Russian structures, but so far unsuccessfully. And only 36 percent of entrepreneurs did not even try to work in the Russian market.

It is the Russian market in Belarus that is regarded as the most promising. This is the opinion of 80 percent of small and medium businesses. Assessing the availability and working conditions in the Russian market, the Belarusian business gave him 4,5 points. At the same time, entrepreneurs' markets for other EAEU member countries barely exceed 3,0, and they only rated the European market at 2,3 points.

At the same time, the share of entrepreneurs, for whom the domestic Belarusian market remains the main one, reaches 90 percent. According to most of them, to expand cooperation with Russia and other EAEU countries, small and medium businesses still lack direct horizontal links. In addition, according to expert polls cited by S. Rekeda, it is “small and medium-sized businesses that now most need large-scale diversification of mutual trade. There is an acute issue of advancing in new areas of activity that are not burdened by the traditional difficulties of developing markets that are so characteristic of old industries. ”

At the same time, the specialists of the Center for Economic Research together with the Center for Post-Soviet Studies of the Institute of Economics of the Russian Academy of Sciences also evaluated the dynamics of the development of economic ties between Russia and Belarus. According to Artem Pylin, a senior researcher at the Center, in the past 5-7 years she has been extremely uneven.

Thus, in 2011-2012, foreign trade turnover not only reached a record 40 billion dollars a year, but was also relatively balanced. However, in subsequent years there was a period of stagnation and distinct distortions in favor of Russian raw materials exports. The total turnover then fell to 24 billion dollars, and if in the 2017 year they began to grow again, it was mainly due to Russian exports.

This, according to A. Pylin, is primarily due to opportunistic factors. As with the fall of the ruble against world currencies and even the Belarusian ruble, as well as with the growth of world commodity prices. At the same time, according to the expert, such fundamental reasons as the low rates of economic growth in both countries, accompanied by almost continuous conflicts in various fields of business, also worked negatively.

As a result, in 2018, Russian exports to Belarus continued to grow at a faster pace, adding already 23,4 percent, while the supply of Belarusian goods to our country grew by only 2 percent. This is primarily due to the fact that many traditional goods supplied from the neighboring republic began to be mass-produced in Russia.

But not only: a lot of “Belarusian” is no longer in such an advantageous position as before, compared to Russian competitors. In addition, large Russian transnational corporations are not at all interested in offering direct preferences to their partners in the EAEU. In response to the bright statements of Alexander Lukashenko, similar to the very “sparks”, large Russian business took a completely explainable position. It can be reduced to a simple formula: “Russia is an ally, but not a donor at all!”

It is not surprising that the issue of raw materials has recently become one of those that most affect the interests of the Belarusian business community. Two allied countries will soon have to negotiate to resolve the next oil dispute. It is associated with the notorious tax maneuver of the Russian authorities, the beginning of which is scheduled for January 1 2019. 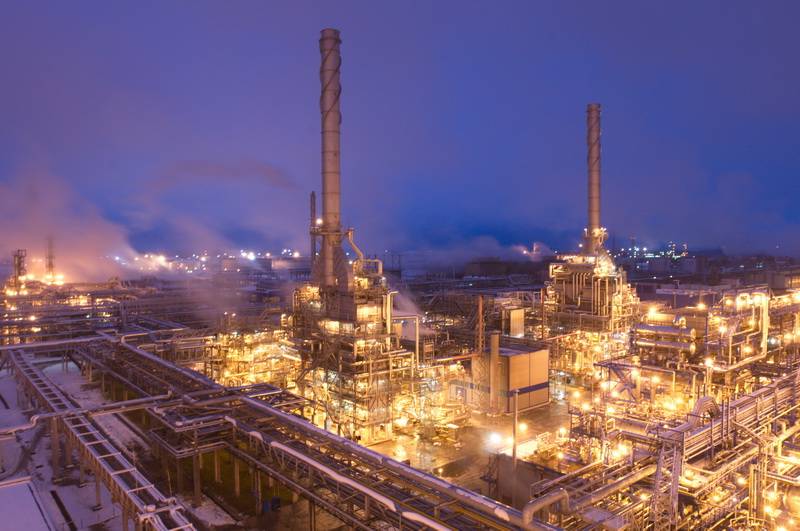 Refinery in the Belarusian Mazyr without Russian oil will simply rise

As you know, as a result of the maneuver, gradually, by 2024, the export duty on oil will be reset. At the same time, the mineral extraction tax (MET) will continue to grow, as a result of which oil will cost the same for everyone, including our Belarusian ally. And if for Russian refiners in order to maintain low domestic gas prices and aviation kerosene introduced negative excise taxes, then for the Belarusian refineries there is no such option. However, perhaps not yet.

However, a compromise, no matter how good it is, should by no means be really beneficial only to one side - the Belarusian side. The Russian side is ready to consider the possibility of limiting the volumes of duty-free deliveries of petroleum products to allied Belarus. The fact is that today millions of tons of Russian oil, according to Russian Energy Minister Alexander Novak, can simply be re-exported.

They can or are already re-exported, the minister did not specify. But the President of Belarus, Alexander Lukashenko, has already parried a Russian official, arguing that it is Russia that now does not list Minsk the duty on re-export of 6 million tons of oil. The agreement on such transfers was reached in April 2017.

Then the documents were signed that resolved disagreements in the oil and gas sector, and Belarus received the right to re-export those six of 24 million tons of Russian oil. Received, by the way, duty-free with transfer of customs duties directly to the Belarusian budget. In addition, in accordance with those agreements, Minsk repaid 726 million dollars of debt for the gas supplied and received a lower price for gas for 2018 and 2019 years - 129 and 127 dollars per thousand cubic meters, respectively.

Looking back at these agreements, the experts have no doubt that the allies will again be able to come to some kind of single point of view on the oil and gas problem. Thus, the leading analyst of the National Energy Security Fund, Igor Yushkov, is almost certain that a compromise will again be found at the expense of the price of Russian gas for Belarus.

The decision "in relation" to gas supplies is quite possible, but the same negative excise taxes can be introduced for Belarusian oil refiners. Igor Yushkov voiced his highly integrated forecast: “The contract between Gazprom and Belarus ends at the end of 2019. Perhaps there will be some kind of compromise due to the gas industry: Belarus will rapidly move to Russian domestic prices, a single gas market will be created, which is agreed upon in within the EAEU. "

There are options that gas prices for Belarusian consumers will be even lower than agreed more than a year ago. This will give not only relief to ordinary consumers, but also almost billion savings to the budget of the republic. That is why Igor Yushkov insists on the need to find a compromise that will avoid problems with the transfer of the entire oil industry of the two countries to the new rules of the game.