Geography is expanding. How long-range aviation protects the interests of Russia 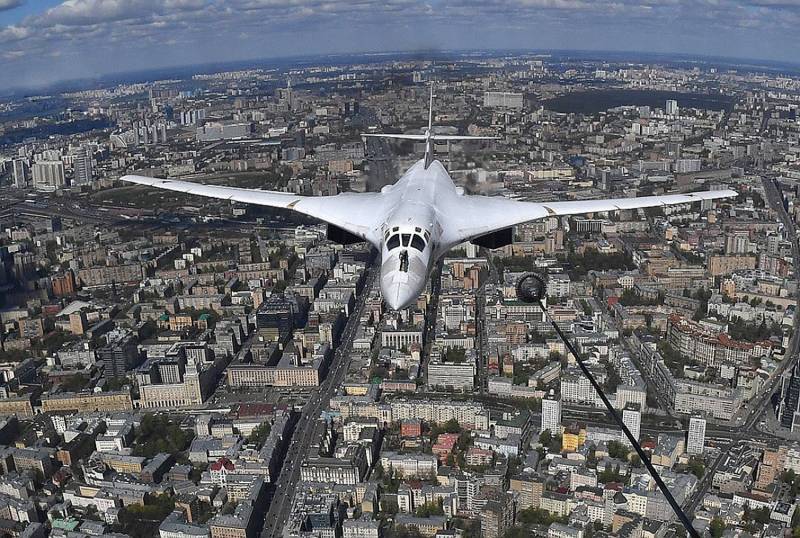 On Wednesday, Kobylash met with Secretary of the Security Council Nikolai Patrushev. They discussed the development of the infrastructure of the base in the city of Engels, flights according to the strategic containment plan in the zones of the Russian national interests, and the fight against terrorism.

The flights, which were carried out by the crews of strategic missile carriers to the equator, to Indonesia, suggest that the range of tasks increases along with the range of those directions and airfields, where we have the task of marking our presence,
said the commander after the meeting.

According to him, the Russian Federation strengthens the protection of the Arctic with the help of the Tu-160 rocket carriers.

This year we plan to fly to Anadyr by Tu-160 aircraft. Now the Arctic is of strategic importance for us, so we are developing new airfields and products that will ensure the safety of the country from the sea borders and in this direction,
said Kobylash.

He recalled that last year Tu-22М3 for the first time performed landings in Vorkuta and Anadyr.

The commander also said that the strategic bombers air base in Engels (Saratov region) would receive new headquarters and buildings. According to him, “during the first stage of modernization, the runway received a new coating of modern materials.” In addition, in 2017, a new fueling complex was built at the airbase.