Atomic Divorce. Why the "allies" did not go for Trump

11 May 2018
17
With all the desire, the United States cannot ignore the unexpected demarche of participants in the atomic transaction with Iran.


There was no doubt that if Trump decided to withdraw the United States from the Joint Comprehensive Action Plan (IFAP) for Iran’s nuclear program, it would be perceived negatively both in Iran and in Russia, and also, most likely, in China . However, the firm "no" from the European partners, including from such a militant France yesterday, seemed to be a complete surprise for the White House. 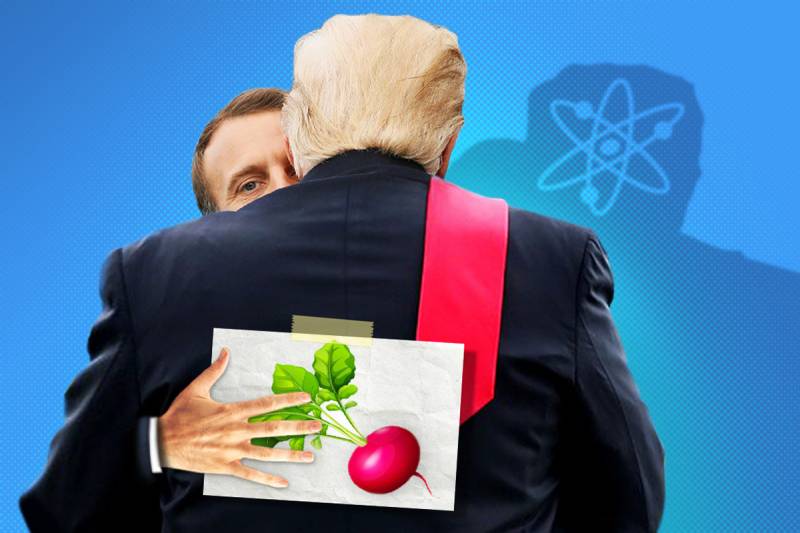 It is characteristic that at the same time Republican Trump did not only take the rebuke from his predecessor on the presidency, Democrat Barack Obama, but also in his usual style famously retorted on his own Twitter page. He once again accused Obama and the Democratic Party of the fact that the US is not developing relations with the same Iran, as well as with Russia and some other countries, and once again called the deal with Iran a "strategic mistake."

Meanwhile, the ex-president’s arguments look no less convincing than Trump’s pretentious rhetoric. According to Barack Obama, there are several issues more important to the security of the United States than the potential proliferation of nuclear weapons or the potential for an even more devastating war in the Middle East. That is why the United States in the first place agreed on a joint comprehensive plan of action. "According to the US President 44, the agreement itself not only became an example of the work of diplomats, intelligence officers and scientists, but also“ works, ”and our opinion is shared by our European allies, independent experts, as well as the current US Secretary of Defense (referring to James Mattis).

In unison with the former American leader, Trump's decision was criticized by all the other parties to the agreement, expressing fair concerns about a new escalation of tension in the Middle East. Having quickly communicated with his European colleagues, Emmanuel Macron, as committed to virtual communication as Trump, hurried to speak on Twitter. He wrote that "France, Germany and the United Kingdom regret the decision of the United States." 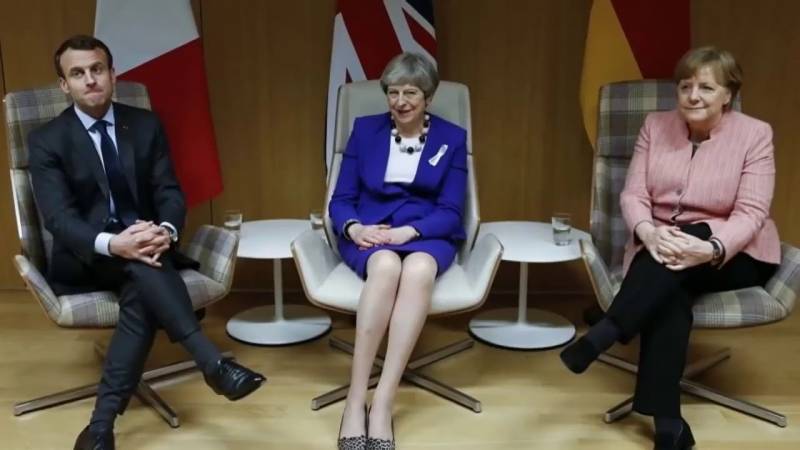 The French President, together with German Chancellor Angela Merkel and British Prime Minister Theresa May, issued a joint official statement stating that they are “determined to ensure the implementation of the agreement by“ preserving the economic benefits ”for the benefit of the Iranian people.

However, immediately answering his predecessor, President Trump has not yet expressed his opinion on the demarche of the European allies. Like almost all of his surroundings: unlike J. Mattis, they are mostly silent or limited to common phrases.

The introduction of the United States of the highest level of sanctions President Trump backs up extremely tough promises: "If the regime does not give up its nuclear ambitions, it will face more serious problems than ever before." According to the testimony of the current owner of the White House, "we have evidence ... that the Iranian regime’s refusal of the nuclear weapons program was false."

Less than a month ago, commenting on Trump’s “terrible” promises to Russia about missiles aimed at Syria, one of the European deputies, Latvian Artis Pabriks, compared his style with the manners of a poker player. He basically bluffs, trying to show that he has a strong card. But in response, other players are bluffing, which allowed Pabriks to immediately predict a purely diplomatic way out of the situation. And so it happened, although the outcome, of course, was by no means final.

It cannot be excluded that even in the actions of the American president there are elements of bluffing, although the Europeans, like China and Russia, are definitely not bluffing in the situation with Iran and its nuclear program. But the fact that after Trump’s statement is still too early to dot the i's, convincing the timeframe America is ready to give Iran to bring its atomic program in line with the requirements of the FDP, from 90 to 180 days.

The approach, admittedly, is somewhat strange, since the other day the International Atomic Energy Agency (IAEA) had already managed to respond to the corresponding request from Tehran: “The agreement is being implemented.” Recall in this connection that in the hands of Iran, bluff really was once almost the main weapon in negotiating a nuclear program with the "five", and then with the "six" (plus Germany). When it became clear that the real agreement was possible only on the basis of complete openness, in Tehran, the bluff was immediately forgotten.

Speaking about the US withdrawal from the FDP, Donald Trump did not make references to the notorious “secret file” allegedly obtained by the Israeli special services. Foreign media, by the way, have already managed to suggest that the topic of this dossier could well be closed by Israeli Prime Minister B. Netanyahu and Russian President V. Putin during a short meeting in Moscow on May 9. In the meantime, it is almost impossible to understand on the basis of what data the American leader "made it clear that we [the United States] cannot prevent the creation of a nuclear bomb under this crumbling, rotten agreement ... If I [Trump] allowed this deal to continue, we will soon would have dealt with a nuclear arms race in the Middle East. "

In fact, the American president, frightening the world with an Iranian bomb, like the once Korean one, is pushing the Europeans into a new war in the East. At the same time, it seems that Trump doesn't care how hot or hybrid this war will be, but the Europeans resist in response. Emmanuel Macron and Theresa May just literally reported on the success of the missile attack on Syria, and suddenly a tough and unanimous "no" in response to the attempt to make Iran the enemy No. XXUMX.

The current European leaders clearly do not need a new “Desert Storm,” and certainly not the head of President Assad. And not least because for someone it is already time to answer for the heads of Saddam Hussein and Muammar Gaddafi.

We must not forget that the European Union, and along with Britain, which is sluggishly leaving it, President Trump has already declared war - trade. And this very seriously complicates the allied relations in all their formats, and above all in the NATO format. Moreover, no one doubts the fact that the tough confrontation of the United States and European countries from almost any of the countries of the region leads not to a decrease, but to an increase in the terrorist threat. And in parallel with this, and to the growth of the flow of illegal migrants to Europe, it is still relatively prosperous.

After the lifting of sanctions on Iran in the 2015 year, which followed the signing of the very same FDP, only the United States itself did not show much business activity there. But the Europeans immediately began to increase their investments in the country's economy. Moreover, there was no talk of any exclusively “oil” interest. The new and rapidly growing market, primarily due to the low starting base, did not want to give the market anything to China, India and Russia ...

Ctrl Enter
Noticed oshЫbku Highlight text and press. Ctrl + Enter
We are
Situational analysis of the death of the MH17 flight (Malaysian Boeing 777), made on the basis of engineering analysis from 15.08.2014Results of the week. "God forbid to see Russian revolt, senseless and merciless!"
Military Reviewin Yandex News
Military Reviewin Google News
17 comments
Information
Dear reader, to leave comments on the publication, you must sign in.