8 May 2018
11
Can snakes smoke? In the old days, the old soldiers of the Brazilian army would answer in the affirmative. "Smoking snakes" nicknamed the soldiers of the Brazilian Expeditionary Corps, which accounted for the difficult task of fighting against the Nazis in Italy, in the mountains of the Apennines. Brazil was the only Latin American country that not only declared war against Hitler Germany for pro forma, moreover 22 August 1942, but also sent a contingent of its armed forces to Europe. The soldiers and officers of this faraway tropical country, who had never had the experience of such large-scale wars, endured the tests that fell to their lot with honor. 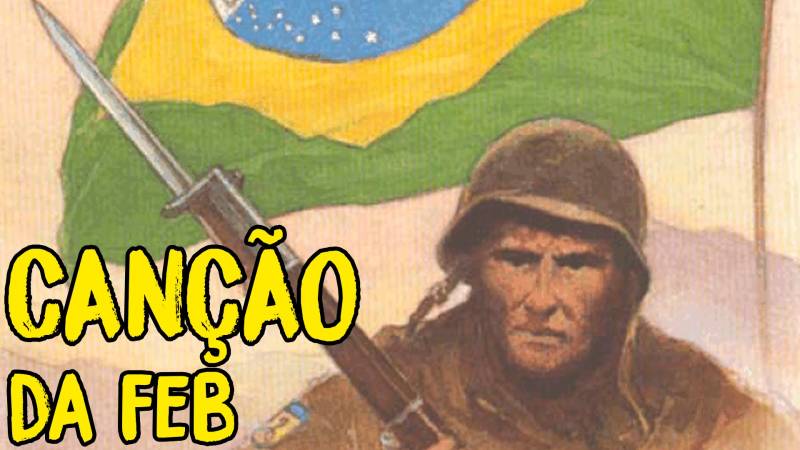 As soon as World War II began, Brazil chose to declare its neutrality. Many Latin American states, and Brazil was not an exception among them, by this time had a special relationship with Nazi Germany and fascist Italy. The dictators of Latin America were impressed by the Fuhrer and the Duce, their anti-communism, the authoritarian model of managing their states. In addition, there were developed economic ties between the countries of Latin America and Germany. In the same Brazil there lived numerous Italian and German diasporas, who had a great political influence. However, even more strongly than with Germany, Brazil was associated with the United States of America, which was the country's main trading partner. Therefore, the 26 of September of 1940, Brazil’s President Getulio Vargas, has already announced that if Germany shows aggression against the United States, Brazil will take the American side.

Meanwhile, the American leadership continued to pressure Vargas and, in the end, in January 1942, Brazil broke off diplomatic relations with the Axis countries. However, President Vargas was driven not so much by ideological as by more prosaic considerations. He believed that participation in the war would allow Brazil after the defeat of Nazi Germany to claim participation in the redistribution of the colonies. Most of all, Brazil was interested in Netherlands Guiana, in the occupation of which it participated along with the United States. President Vargas had one more task - he hoped that the participation of Brazil in the war on the side of the United States would provide the country with American assistance in carrying out industrialization and further economic development, as well as strengthening the armed forces. Demonstrating loyalty to the United States, Vargas even launched some assault on the positions of the Italian and German diasporas in Brazil.

The command of the Brazilian army planned to form three to four divisions with a total of 100 thousand people to be sent to the front, but soon faced a number of serious problems - from lack of weapons and transportation difficulties to difficulties with staffing divisions. As a result, Vargas settled on the formation of only one infantry division of 25 thousand people. In addition, the expeditionary force included aviation squad. 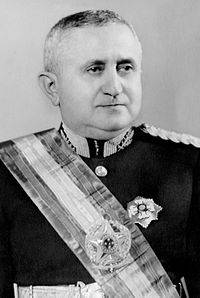 The Brazilian Expeditionary Corps was led by Brazilian Minister of War Marshal Eurico Gaspar Dutra (1883-1974). The formation of the corps was significantly delayed, so a saying was born in Brazil - “Rather, the snake will smoke the pipe than the BEC will go to the front” (port. Mais fácil à uma cobra um cachimbo fumar, do que à FEB (para a Frente) embarcar). However, in June 1944, the sending of corps units to Europe did begin.

The command of the Allied forces decided to use the Brazilian units in Italy, where at that time the most fierce battles with Nazi troops were fought. 30 June 1944, the first BEC squad landed in Naples. 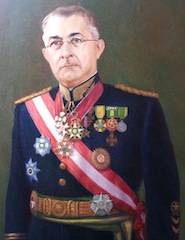 Brazilian soldiers had to replace the Americans and French, who were transferred from Italy to the south of France. The actual command of the Brazilian Expeditionary Corps was carried out by General Juan Batista Mascarenhas de Moraes (1883-1968), who in 1943 was appointed commander of the 1 Expeditionary Infantry Division, and after the command had to abandon plans to create two other divisions, and the entire corps as a whole, replacing Marshal Dutrou in this post. Prior to his appointment as commander of the expedition division, General Mascarenhas commanded the 7-m military district of the Brazilian armed forces in São Paulo.

After the corps went to war, the saying, “Rather, the snake will smoke a pipe, than the BEC will go to the front” has ceased to be relevant. But the Brazilian soldiers received the nickname “Smoking Snakes” in honor of her and began to wear a badge that showed a snake smoking a pipe. In addition, the Brazilians wrote the slogan "Snake Smokes" (port. A cobra está fumando) on their mortars. The Brazilian Expeditionary Infantry Division became part of the 4 Corps of the 5 US Army and participated in a number of important operations in Italy , including fighting on the Gothic line and the North Italian operation. 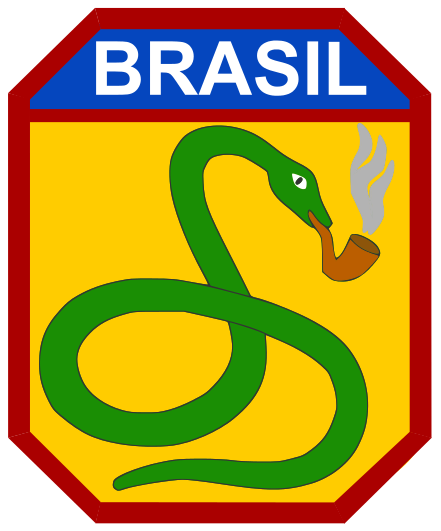 From the very beginning of the hostilities in Italy, the Brazilian division faced a number of difficulties, which substantially overshadowed the daily service. First, being a part of the American corps and being forced to interact regularly with the American units, Brazilian soldiers and officers did not understand or understood poorly what was required of them. Only a few corps personnel could speak English, especially if we talk about privates and non-commissioned officers.

Secondly, the uniform of the Brazilian army immediately showed its complete uselessness for use in European conditions. The uniforms of the Brazilian soldiers were so thin that even in the Italian climate it was almost impossible to serve in them. Especially when you consider that the natives of Brazil, in which there is no winter, were completely unsuitable for European cold. In the Apennines, the air temperature sometimes dropped to - 20.

In addition, the outwardly Brazilian uniform was very similar to the uniform of the troops of Hitler Germany, which also presented a big problem - Brazilians could have been hit “by their own”. In order to prevent the death of soldiers from the cold and erroneous strikes from the allies, the Brazilian division was allocated American uniforms. The Americans armed the Brazilian division and even took it for food supply. Of course, this circumstance could not please the Brazilian soldiers and especially the officers, because it jarred their national pride. This, by the way, was recalled by General Juan Batista Mascaryanas de Moraes, who commanded the Brazilian division. 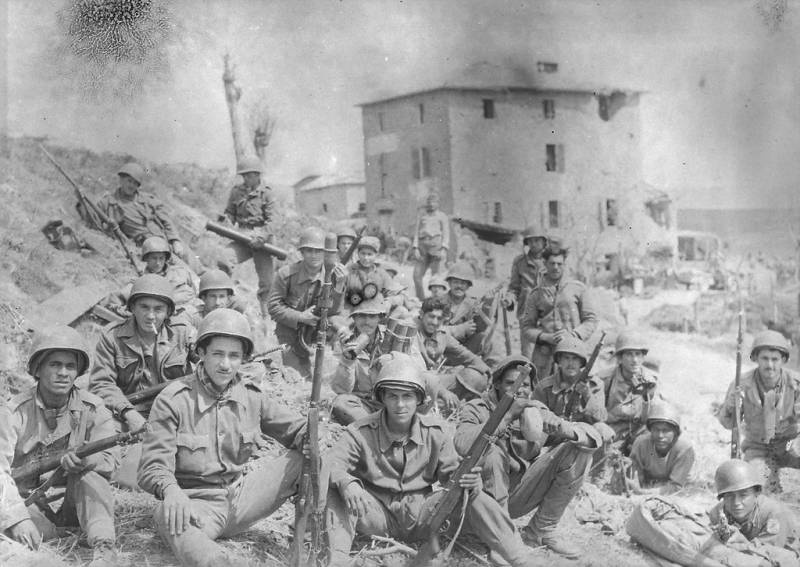 But an even more serious problem was the complete lack of combat experience among the soldiers and officers of the Brazilian division. Here, in Europe, there was a real serious and modern war, and not punitive operations against the rebels or border clashes with neighboring countries, which the Latin American armies were used to. “No one, from generals to private soldiers, knew what a real fight is. We learned to fight, overcoming difficulties, ”recalled seventy years after the war, Julio du Valle, who served in the sanitary-evacuation unit of the Brazilian division. There is no reason to doubt the words of the Brazilian veteran - the Brazilians really learned how to fight in a matter of months, and they fought very well.

The battle for Monte Castello, which lasted from 25 in November 1944 to 21 in February 1945, became a landmark for the Brazilian expeditionary corps. In this long battle, Brazilian soldiers had to face the Wehrmacht 232 grenadier division. Taking part in the capture of Belvedere-Castello, the Brazilian soldiers realized that they were capable and able to fight well. Thanks to the successful operations of the Brazilian division, the Allies were able to further advance. The next BEC triumph was the Battle of Montez 16 on April, and on 29-30 on April 1945, the Brazilian command accepted the surrender of the 148 of the German division and several Italian divisions. 2 May 1945, the Brazilian forces managed to defeat the combined German-Italian forces in Liguria and liberate Turin. 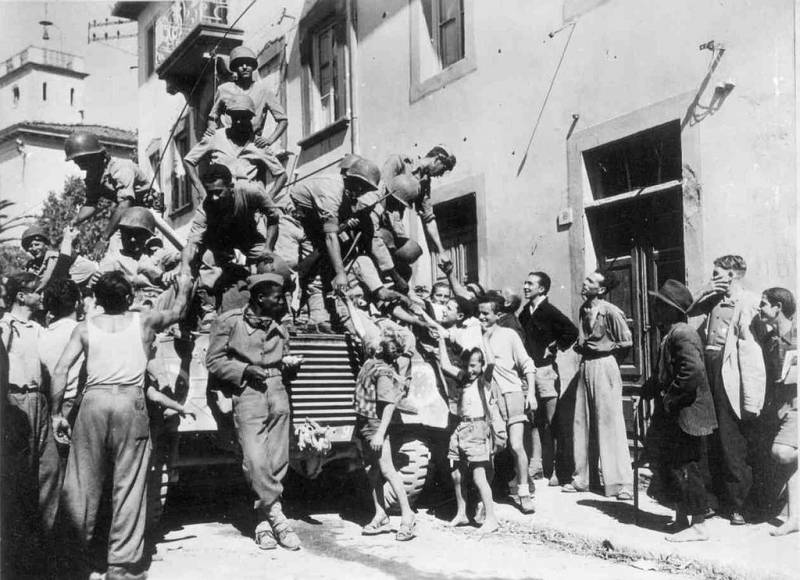 Brazilian veterans recall that in Italy they were struck most of all by the terrible poverty of the population, which was striking even in comparison with a not very prosperous life in Brazil itself. The Italians perceived Brazilian soldiers as liberators and treated them very warmly, aided by the fact that the Brazilians were Catholics, among them there were many people of Italian origin. The units of the Brazilian Expeditionary Corps not only participated in the battles, but also served as occupying troops in Barga, Zokka, Castelnuovo, Monalto, and Monteze. On the attitude of the Italians to the Brazilian soldiers who fought on Italian soil, testifies to a number of monuments that were erected in Italy in memory of soldiers and officers of the Brazilian Expeditionary Force.

The story of Brazil’s participation in World War II would be incomplete if we did not recall the participation of the Brazilian naval forces in the war. Before brazilian fleet tasks were set to protect the ships cruising between South and Central America and Gibraltar from attacks by German submarines. In total, during the Second World War, the Brazilian Navy conducted 574 operations, including 66 attacks by Brazilian ships on German submarines. In the war, Brazil lost three warships.

A few days after the Brazilian soldiers liberated Turin, Hitler's Germany capitulated. The American leadership insisted that the Brazilian Expeditionary Force stay in Europe as an occupying force. However, President Getulio Vargas did not agree with this proposal of the American side. As soon as the units of the Brazilian Expeditionary Force returned to their homeland, they were disbanded. Meanwhile, who knows what the role of Brazil in the post-war world would be, leave it its military units in Europe in that distant 1945 year. It is possible that the political weight of Brazil and its influence on world political processes in this case would be more significant. 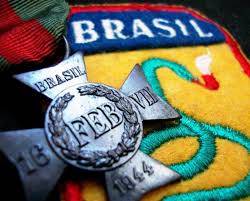 Already in 1945, the first associations of “combatants” - veterans of the Brazilian Expeditionary Force began to appear in the country. Many prominent political, social, and cultural figures of Brazil, including Afonso Albuquerque Lima, served in the Brazilian expeditionary corps in 1967-1969. who served as Minister of Internal Affairs of Brazil, a well-known economist and representative of the theory of dependence Celso Furtadu, the future president of the country, Humbert de Alencar Castelo Branco, and many others. The creator of the Brazilian Expeditionary Force Marshal Eurico Dutra in 1946-1951. served as president of Brazil, and General João Batista Mascarenhas de Moraes rose to the rank of marshal and headed the general staff of the armed forces.

Brazil's participation in World War II, relatively poorly known in our country, for the Brazilians themselves was one of the most striking and epochal events of the twentieth century. In World War II, Brazil lost 1889 military and navy personnel, a 31 merchant ship, an 3 warship and an 22 fighter. However, there were positive consequences for the country. First, participation in hostilities in Europe, the liberation of Italy, and numerous victories over the strong Hitler army are still the reason for the national pride of the Brazilians.

Secondly, the experience of hostilities in Europe was used by the Brazilian military command to modernize the country's armed forces. For the first time, Brazilian military personnel gained invaluable experience of participating in a real modern war, they got acquainted in the process of combat cooperation with the organization of the American army - not through textbooks, but in battle. The number of Brazilian armed forces increased, while new standards of combat training were set.

However, Brazil did not receive the desired share of the "colonial pie" by the results of the Second World War. Perhaps that is why, after a few years, Brazil, as an important partner and ally of the United States, refused to send troops to the Korean peninsula. On the other hand, the participation of Brazil in the Second World War really contributed to the industrialization of the country, including the emergence of a new military industry for it.

Ctrl Enter
Noticed oshЫbku Highlight text and press. Ctrl + Enter
We are
Diplomats of the People's Commissariat of Defense: on the eve and during the warMyths of the Great Patriotic. Papier mache helmet
Military Reviewin Yandex News
Military Reviewin Google News
11 comments
Information
Dear reader, to leave comments on the publication, you must sign in.