In Syria, terrorists smash guns of the Great Patriotic ML-20

April 25 2018
15
A video appeared on the Internet using artillery positions from the Syrian National Defense Forces (NDF) in the province of Hama. Along with more modern weapons fighters apply the ML-20 since World War II, reports Rossiyskaya Gazeta. 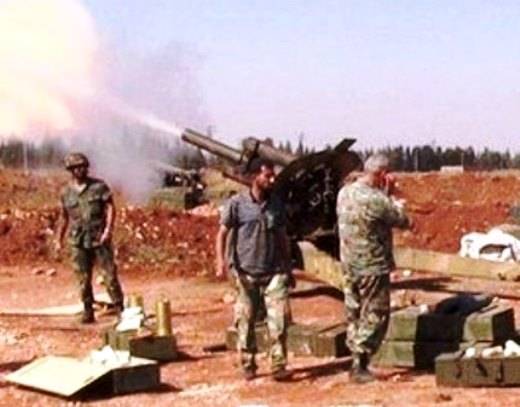 “These weapons were used by the Syrian army during the 1967 and 1973 fighting. Over time, they were replaced by more modern ones. However, during the civil war, because of the existing problems with making up for the losses, the howitzers-cannons again fell into the troops, where they are still fighting successfully, ”the material says.

For a number of characteristics of the ML-20, it is difficult to compete with modern samples - “for example, its transport speed on the highway is only 40 km / h. The modern 152-mm howitzer 2А65 "Msta-B" has twice as many, "the author notes.

Ctrl Enter
Noticed oshЫbku Highlight text and press. Ctrl + Enter
We are
Summary of events in the DPR and LPR for 14.04.18 - 20.04.18 from the military commissar "Mag"Howitzer Msta-B in Syria
Military Reviewin Yandex News
Military Reviewin Google News
15 comments
Information
Dear reader, to leave comments on the publication, you must sign in.