I tried to steal a Ukrainian drone. SBU detained the "Russian spy"

April 21 2018
115
Employees of the SBU detained an employee of one of the strategic enterprises of the Ministry of Defense of Ukraine, accusing him of spying for Russia. According to the ministry, a native of Russia, a colonel of the Ukrainian Armed Forces reserve, in July 2017, while staying with close relatives in Russia, was recruited by a military intelligence officer. 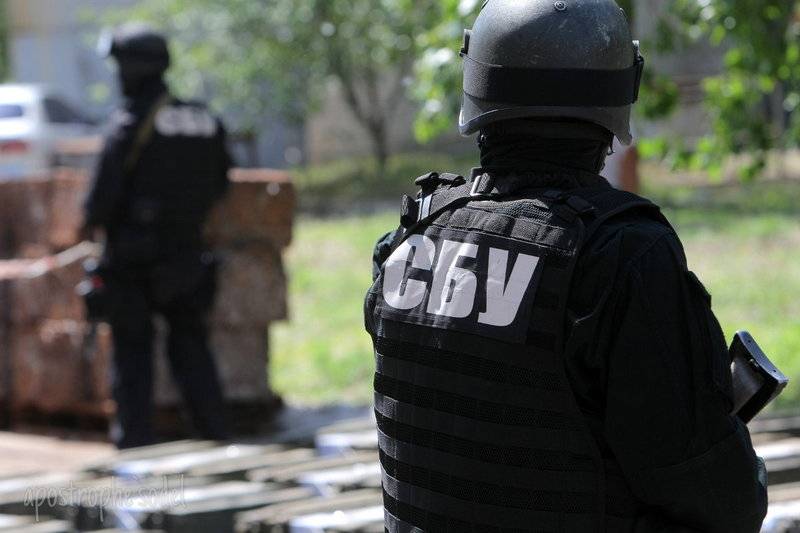 For a monetary reward, a former Ukrainian military man collected data for the transfer of information with limited access to Russian curators in the field of defense of our state. The special services of Russia, in particular, were interested in information on the implementation of state defense orders and developments of the latest aviation unmanned aerial vehicle detection systems
- said in a statement on the website of the SBU.

Ukrainian security men claim that the man was trying to acquire a Ukrainian-made unmanned aerial vehicle with a view to its further transfer to Russia for aerial reconnaissance. According to the SBU, the suspect contacted the “curators” during trips to Russia and by e-mail.

After performing the “tasks”, the attacker planned to go to the aggressor country and obtain Russian citizenship. It has also been established that, with the assistance of the intelligence officer of Russia, a citizen of Ukraine has already received a residence permit in Russia and reissued a military pension to receive it on Russian territory. Employees of the SBU detained a spy in Kiev at the workplace
- The press service of the department.

With respect to the suspect, a criminal case was brought under h. 1 Art. 111 (treason), searches were conducted at his place of work and residence. The detainee was chosen a measure of restraint in the form of detention, reports Sight