Moscow is delivering a critical blow to the capabilities of the US Air Force: what will research of surviving missiles reveal? 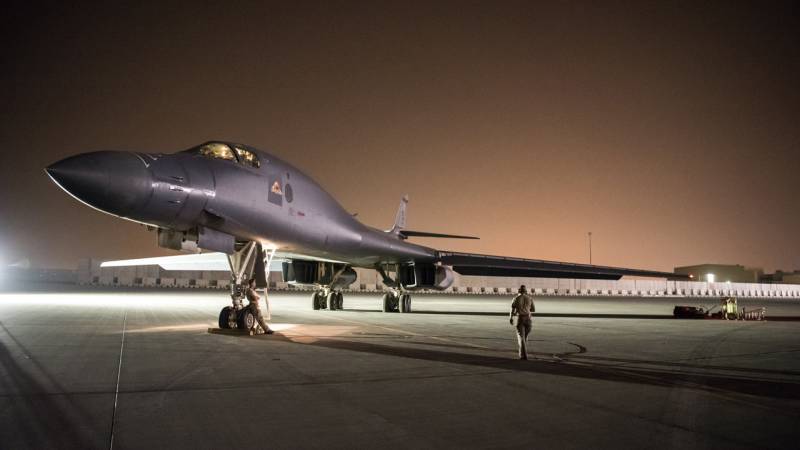 We are all well aware of the fact that the main goal of an attempt to deliver a massive missile and missile-air strike of the United Navy and Air Force of the Western coalition to the strategically important facilities of the Syrian Arab Army, which took place early in the morning of April 14, was not to destroy non-existent institutions and enterprises to develop and large-scale production of gaseous chlorine and sarin (what the West unreasonably blamed Damascus a couple of weeks ago). It was a banal test of the defense system of the Syrian “umbrella” of the missile defense system, which is a kind of “miniature” of the Russian military air defense (SV air defense) due to the presence in the armament of the Buk-M2E medium-range anti-aircraft missile systems, as well as short-range anti-aircraft missile and artillery systems. Armor-С1 ".

At the same time baptism of fire in the face of opposition from promising air defense systems from Russian developers of the Research Institute "Instrument Engineering named after V.V. Tikhomirov and the Instrument Design Bureau, JSC tried to pass the most modern French and British tactical long-range missiles SCALP-EG, SCAL Naval, Storm Shadow, and also the state AGM-158B JASSM-ER, the total percentage of which was 37%, while TLAM-C / D and UGM / RGM-109E modifications accounted for 63% for Tomahawks. Anyway, all parties without exception received their dividends from this blow. Thus, the administration of the current US President Donald Trump was able, at least temporarily, to tighten the previously lost rating both among the “hawks” from her republican electorate and among the “hawks” from the democratic camp of opponents. In fact, the administration kept its promise - the strike attempt was implemented. By the US and Western European media, this attempt was presented as a successful military action, while in reality everything was radically the opposite.

The Buk-M2E, Pantsir-S1, C-125 Pechora-2M Cube, As well as Osa-AKM and Strela-10 intercepted air defense missile systems of the Syrian Arab Republic, which are in service with the air defense forces of the Syrian Arab Republic. 68% (71 from 105) of tactical and strategic cruise missiles of the OMVS and OVVS of the coalition, which was confirmed both by the Chief of the Main Operational Directorate of the General Staff of the Russian Armed Forces, Colonel-General Sergei Rudskiy, and by numerous eyewitnesses living in the vicinity of Damascus, Shairata, Dumeira, Duvali and Blea who watched dozens in splashes of exploding anti-aircraft missiles in the sky, and then fragments of air attack weapons on the surface. Among these debris were fragments of the corps of the destroyed long-range tactical missiles SCALP-EG and SCALP Naval, developed by the French division of the MBDA France corporation, which is also captured in photographs of local residents and military personnel. Such a brilliant result further increased the attractiveness of Russian defense enterprises in the eyes of customers such as Serbia, Greece, Egypt, Iran, India, and, naturally, brought the image of the Russian Federation in the arms market to a whole new level.

An event of strategic importance can be considered the delivery to the Russian Federation of surviving strategic Tomahawk cruise missiles of the latest RGM-109E “Tomahawk Block IV” modification, and possibly the unobtrusive AGM-158A / B JASSM-ER tactical cruise missiles. Apparently, we are talking about products, the body and on-board radio-electronic equipment of which were minimally damaged in the process of interception by anti-aircraft guided missiles 9М330М of Osa-AKM and 9М333 complexes of Strela-10М3. The combat units of the latter weigh the entire 5 and 15 kg, respectively, therefore, mainly aerodynamic planes, including the wing and tail aerodynamic rudders, were damaged. The preservation of missiles can be associated with the failure of the onboard systems of missiles. The question arises: where can surviving copies of American cruise missiles go first?

- effective scattering surface / effective reflecting surface (EPR or EOC) in the meter, decimeter, centimeter and millimeter wavelengths, both against the background of airspace and against the underlying surface, taking into account natural passive interference due to reflections from terrain objects;
- laser-location parameters of targets, determined by the albedo (reflectivity) of laser radiation in the visible optical range;
- spectral characteristics of the reflecting surface in the optical range, allowing, for example, to accurately determine the range of direction finding of an aircraft using the 10EC1-E optical-electronic module, which is part of the Pantsir-C1 anti-aircraft missile and artillery system.

Despite the fact that at the disposal of the specialists of the Central Research Institute VVKO, the JASSM / JASSM-ER rocket model has been in place for several years, it was impossible to accurately determine its ESR (which ranges from 0,01 to 0,1 sq. M) due to the lack of information on the radio absorbing materials and coatings. Now, after conducting a physicochemical analysis of the materials of the American Raytheon missile corps, they will be able to clearly recreate their prototypes that are identical in radar signature. The infrared signature will also be known, which experts will be able to determine thanks to a detailed study of the nozzle geometry, as well as the composition of fuel residues for the Teledyne CAE J402 turbofans, from which the energy and thermodynamic properties of the combustion products will be calculated. The next stage of testing state-owned rockets or full-size mock-ups can be passing measurements in an anechoic chamber to build even more accurate EPR diagrams that cannot be affected by any third-party radiation source with a frequency range up to 40 GHz. Tests on this end.

Their most important stage will be the study of the algorithms of the on-board radio-electronic equipment of JASSM-ER missiles, in particular, the inertial navigation system, as well as the transmitting module of the stability of the trajectory and confirmation of the BIA target (Bomb Impact Assestment) using a head infrared sensor. The JASSM-ER flight trajectory loaded on the ANN will provide our specialists with comprehensive information on the tactics of the US Air Force strikes taking into account the terrain, and will also allow you to find out which positional areas of Syria’s air defense were not detected in advance by RC-135W “Rivet Joint” airborne reconnaissance aircraft.

Also of great interest are methods of encrypting data packets sent by the powerful BNA 25-watt transmitter aboard the Rivet Joint. The moment of the inclusion of this module on the march section of the trajectory is also important, which will help calculate the location of the AGM-158A / B rocket long before it can be detected using the A-50U aircraft. The range of operation of an infrared sensor located in an optical-transparent window on the bottom surface of the JASSM-ER fairing can also be determined. Due to this, it will be possible to develop efficient infrared traps with satisfying spectral characteristics. Similar studies will be conducted on the newest version of Tomahawk RGM-109E.

Conclusion: with 100% certainty, we can say that after studying the Central Research Institute of Higher Military Command and other defense institutions of the Russian Federation, the process of detecting, tracking and intercepting the above types of cruise missiles using aviation Air defense, ground anti-aircraft missile systems of the Aerospace Forces of Russia, as well as military air defense will be carried out more quickly and at times more efficiently. Raytheon will need hundreds of millions of dollars and several years of work to regain the lost level of technology secrecy on the JASSM / -ER and Tomahawk Block IV projects. All this is true for the French SCALP-EG / Naval missiles, adjusted only for a different guidance system architecture.Read more...

Ctrl Enter
Noticed oshЫbku Highlight text and press. Ctrl + Enter
We are
Situational analysis of the death of the MH17 flight (Malaysian Boeing 777), made on the basis of engineering analysis from 15.08.2014Syria: Americans scare themselves, and Asma Asad buys chairs
Military Reviewin Yandex News
Military Reviewin Google News
195 comments
Information
Dear reader, to leave comments on the publication, you must sign in.