Militant IG * committed a self-explosion in Rostov during the arrest

April 17 2018
18
FSB officers stopped the activity of the cell of the "Islamic state" (grouping is prohibited in the Russian Federation), which was preparing terrorist acts in the Rostov region, reports Rossiyskaya Gazeta. 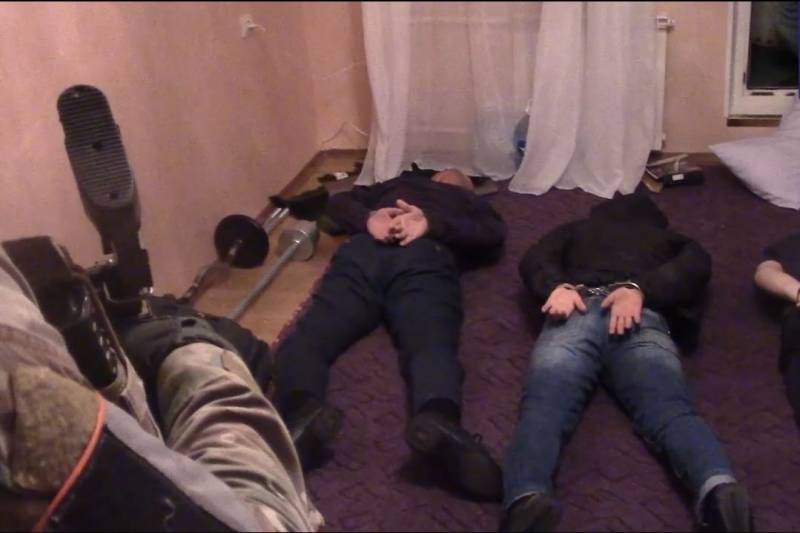 According to the Center for Public Relations of the FSB, "the leader of the cell during the arrest resisted and died during self-exploitation." Three of his accomplices managed to detain.

It is reported that the members of the group acted on the instructions of the emissaries in Syria.

The bandits planned the attacks "using firearms weapons and improvised explosive devices ”, which were seized from suspects during the arrest.

The ministry clarified that the "AK-74 machine gun, hand grenades, instructions for making bombs" were found at the scene of the incident. The members of the group were also seized "communications and electronic media propaganda of terrorist activities."

Operational measures are being held with the detained militants to establish a likely connection with other representatives of the bandit underground in the North Caucasus.