Russian air base "Kant": What remains behind the scenes 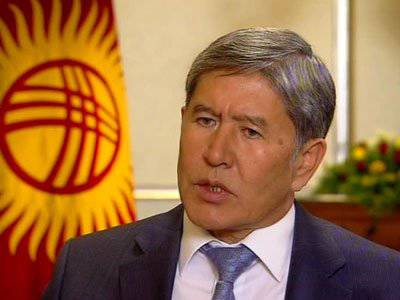 Thunder out of the blue sky, both for Russians and Kyrgyz, was the unexpected statement by the President of the Kyrgyz Republic, Almazbek Atambayev, that Russia allegedly did not pay rent for its military facilities in the republic for several years and did not fulfill other yourself commitments. Although more recently, country officials have repeatedly stated that cooperation between the military departments of two friendly states is gaining momentum, and nothing prevents this. Messages in the media made a lot of noise, the discussion is still ongoing. To avoid the opinion that the Russian Federation, in fact, violates the agreement, it is necessary to tell about the true state of affairs. 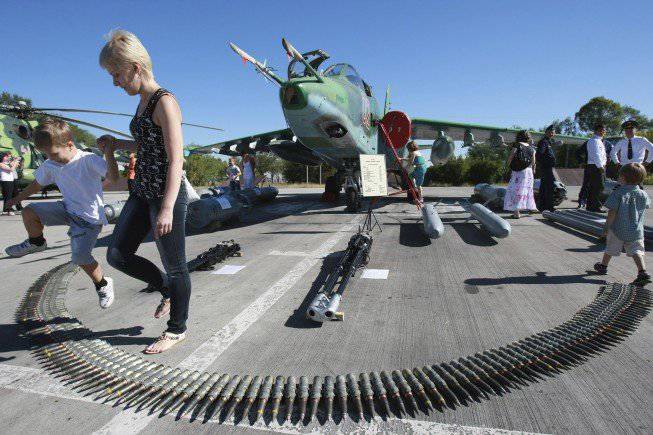 To have a complete picture of the situation, you need to know what was transferred to the Russians. According to the acts, the list of understaffing for each of the four aircraft consists of approximately twenty points, and the calendar life of many of the existing units has long ended. (The technique was transferred in the fall of the 2003 of the year.) In addition, there are dents, deformations, and the tightness of the aircraft was broken. In short, with all the desire to fly into the air on such aircraft is dangerous, since they are all faulty, as indicated in the acts. Why representatives of the Ministry of Defense of the Kyrgyz Republic decided, as they stated to the media that the Russian base was supposed to repair the aircraft, is unclear. Providing technical support and operation does not mean that the Russians are obliged to restore, in fact, the "dispossessed" equipment. Simply put, the base needs to maintain the transferred planes in working condition, only their deplorable state should not be called working language.

Strange turns история. Yes, Kyrgyz pilots are not trained in the Kant database, but who is to blame for this? .. And anyway, are there any such pilots? The command of the Russian unit in the military department of Kyrgyzstan could not say anything intelligible about this. Another important detail. According to the Agreement, "the required amount of fuel and lubricants and other material means to maintain the skills of the flight personnel of the Armed Forces of the Kyrgyz Republic is allocated by the Kyrgyz Party". The matter did not come to fulfillment of this point, of course, because it did not even concern the development of a plan for joint activities in this direction, not to mention its implementation. Can you blame the Russian side for this? Of course not.

Russian media reported that Kyrgyz President Almazbek Atambayev was mistaken when he spoke about the Kant airbase. In this regard, the local large print edition requested clarification from the Ministry of Defense of the republic. The deputy minister replied that the head of state, they say, said everything correctly. Alas, the president was given, apparently, nevertheless incomplete information, and understatement led to a distortion of the true state of affairs. The above arguments are another confirmation of this.

I would like to recall that the signing of the Collective Security Treaty in 1992 in May was due to the desire of the states (including Kyrgyzstan) to work together to ensure the territorial security and integrity of the former Soviet republics, to recreate their common defense space. The main military component of the collective security system is the coalition groups of troops in the regions, designed to deter or repel aggression, as well as to conduct other operations in the interests of ensuring security from external threats. In accordance with the decision of the Presidents of the States Parties to the Collective Security Treaty Organization (CSTO), in August 2001, the collective forces of rapid deployment of the Central Asian region were formed, which included units and subunits of Kazakhstan, Kyrgyzstan, Russia and Tajikistan.

From October 2003, the Russian Aviation Base with a place of deployment in the city of Kant began operating as part of the CBRD CAR. The Kant base was formed in accordance with international agreements of 10 June 1992, 5 July 1993, 21 December 1999, 27 July 2000, 11 October 2000 and 5 December 2002. The decision to introduce it into the CBRC of the CAR was taken at a session of the Collective Security Council in April 2003.