Guys, do not interfere with the Russian bear! 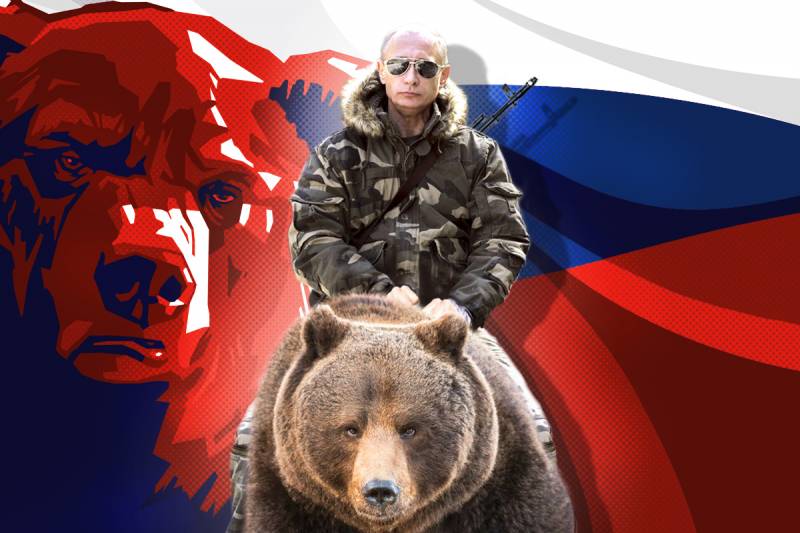 Have you ever wondered why some surnames are always associated with negative? I remember as a child, I was very interested, why did the aborigines actually eat Cook? Others somehow did not try, but Cook ate and did not choke.

But the most incomprehensible is why, over time, even things called in consonance with these last names suffer. Remember Napoleon? The figure is contradictory, but, you see, very extraordinary. Even a brilliant, one might say, figure. And the cake, named after him, is eaten daily!

Or here's a Ford. Put the Americans behind the wheel of a car. And in retaliation that he received? Daily accidents around the world. Well, daily curse about their names. "So that I once again sat in this" Ford "..."

Where does a normal representative of humanity have such thoughts? From life! More precisely, from international life. Imagine how many times daily mention the word "Russian" in the world? And in what context. Where are all these Cooks, Napoleons and the more Ford.

No, but how to respond to our machinations of the West? Which "civilized humanity"? Well, see for yourself. Case Creeper. Everything seems thought out. Place chosen correctly. Travanuli former spy. Well, my daughter in the appendage. But ... cats.

The first puncture with the cat came out. I’ve heard on TV how Maria Zakharova directly asked the presenter (Solovyov) about Mus’s cat and said directly: “Lieutenant Colonel Koshkina continues to carry out her assignment in the UK”.

This is not London's fat Lestrades or Stanley Hopkins. These even catch lazy. But Musa catch the British will never succeed. Colonel Koshkin Russian.

And themselves creaked? Also turned out to be Russian. After applying the most terrible Soviet gas, they decided not to die. All right, only daughter. Young after all. The body is strong. But after all, the former spy himself is in no hurry to take a place in the cemetery. He also decided to leave the hospital.

Of course, you can tell that the military chemists of the USSR also had punctures. Only the USSR has already 27 years as it is, but it turns out there is a defective gas? And no one checked his possible action?

In short, from which side do not approach Russia, everywhere is the same place. Not that which is kissed, is meant. And there even kiss, though not kiss, the situation will not change. The eyes and ears are not only higher, but also on the other side of the body.

Well, in vain the West decided to use the Englishmen who are blunt from the smog. There, even visually, it was obvious that Boria Johnson would even give a hundred points to an American Trump. Donald even knows what a comb is. In other sciences, they are approximately equal. Where the United States and the United Kingdom are located are well known.

But after all, the old proven version with the "white helmets" did not pass. Always passed, and now stalled. How beautiful it was conceived. As soon as we press the militants, we immediately imitate a chemical attack and attack the Syrian troops.

Yes, and the gas is selected the most that neither is proven rechecked - chlorine. 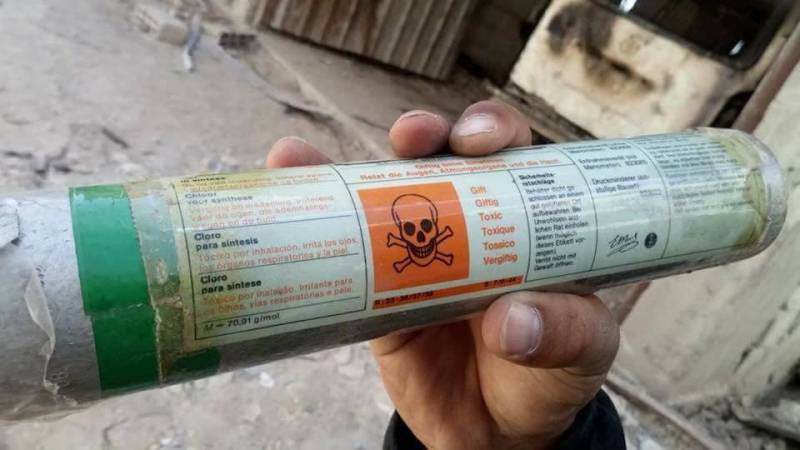 Putin’s Syrians flee in panic and Trump’s Syrians take their place! Victory. Not global, but a victory.

It is clear that the American directors from Hollywood can not unprofessionally relate to art. The performance was prepared for several weeks. Naturally, Russian intelligence is right there. And it began. The head of the Russian General Staff was offended.

He said that the missiles will shoot down. Well, that's fine. That's the war. In a foreign territory. So he also promised to destroy the carriers. Ships, you know, American. I already about the aircraft and do not want to mention.

Of course, many will say: promise does not mean to marry. But what a nuance: if anything, such a party will go, that for the beginning it would be necessary to predict who will not remain with a broken face at all.

And this, a man with a stony face and a strange surname from the UN, Vasily Nebenzya? It seemed to us that with the departure of Churkin, the era of American diplomacy was approaching. Even felt sad for the first time. Where there. There is no diplomatic "slippery" for this Basil. And the back, in my opinion, does not bend. Maybe sciatica? One word - Nebenzya. 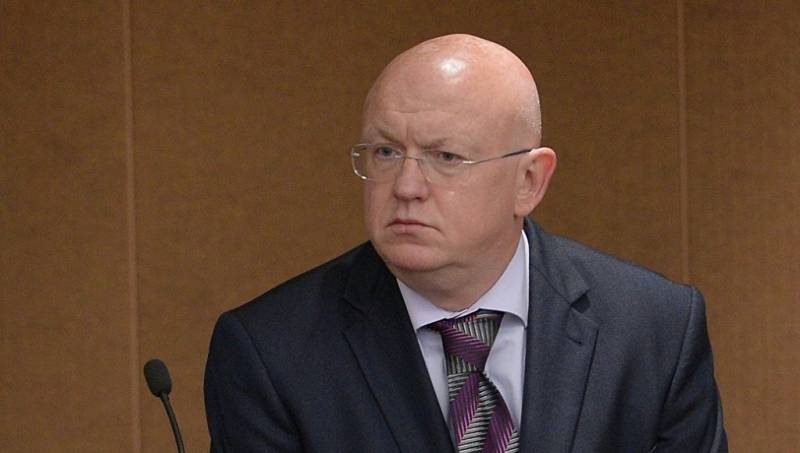 "We have repeatedly warned the American side of the possible very negative consequences of their possible use weapons against the legitimate Syrian government, and especially if the use of these weapons - God forbid, of course - will affect our military, who are legally in Syria. "

So what? Right in the face, with all the people. It was possible to show respect. And then the Americans, on the sidelines, we would have thrown something. Or any sanctions lifted. Well, we pretend that America is above all.

So the Americans have to shake the old days. I mean, start preparing for the next dance with axes. And by that old know who became? An old acquaintance of the Crimeans, and the rest of the Russians, the rocket destroyer USS Donald Cook. 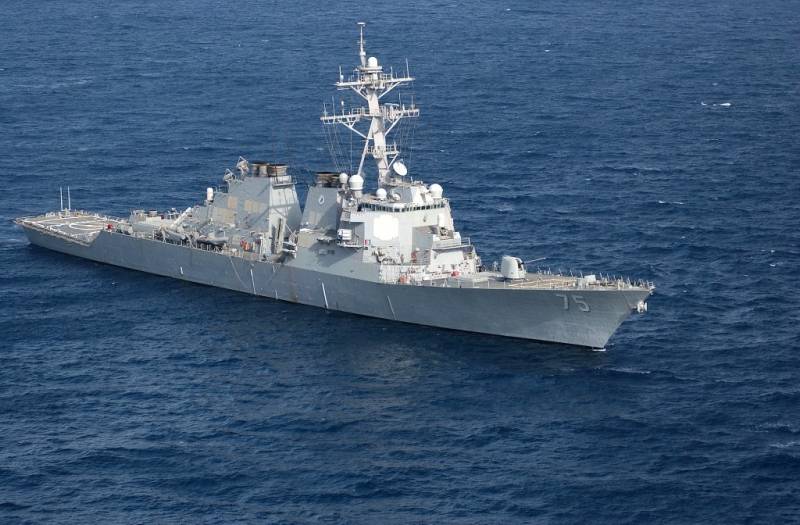 The one who so "frightened" the population of the Crimea and the Russian bomber Su-24.

And in a pair he will be the twin brother of USS Porter. 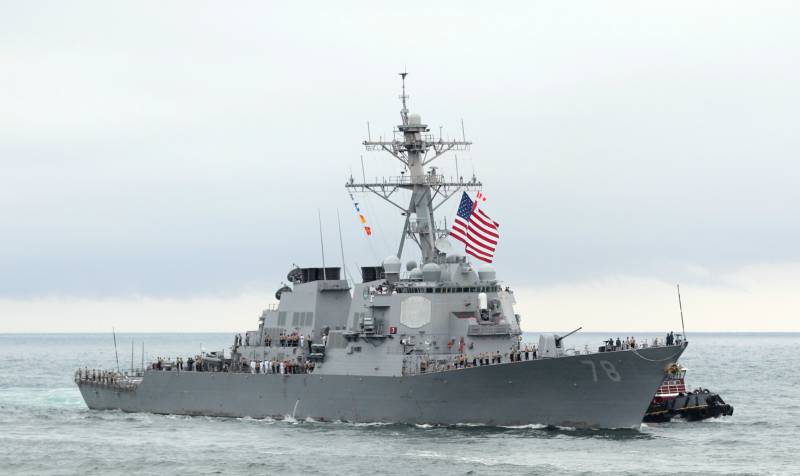 "Bro" "walk" there for several days. May not even hurry. Will be more whole. Moreover, the Israelis and the Arabs have already reported that in the area where the destroyers will be based, Russian planes are already circling. God forbid that "soo" is there.

Of course, with axes, or as the Americans like to call them, “Tomahawks,” destroyers have no problems. By xnumx pieces per craft.

But who can say exactly where these axes will fly? Maybe they, too, "go to the roof," as it was in the Black Sea with the instruments of Donald Cook? Or maybe some “Onyx” П-800 will fly into the board? Alas, today it is more tradition to call a destroyer a ship. RCC made it just a watercraft.

Again, perhaps the name, in the sense of the name, is to blame. They will eat Cook once again ... And they will drink porter.

In general, today, when the world is becoming tougher and tougher, you gradually penetrate and understand the foresight of our military leaders, design bureau leaders, designers and engineers. It was they, often contrary to direct instructions, who saved, saved, and then gave the army and the fleet all that today is the pride of our army.

The West, with its completely unprofessional and illogical approach to Russia and Russians of all nationalities, cannot understand only one thing - Russians do not give up. And combat gas, if it is needed by the Russians, will be combat. No medicine can save him. And the rockets will not fly towards the enemy, but will hit the enemy. And the soldiers will fight, not burn into the air, like a pretty penny.

And no wonder our permanent representative to the UN said about the red line. We have this very trait laid genetically. And it was developed by the experience of previous thousands of years. The experience of our distant ancestors, not very distant ancestors, grandfathers, fathers and older brothers. We really are bears. Someone is brown, and someone is white. Our country is huge.

For someone bears from the fairy tale "Masha and the Bear." Kind, understanding, somewhat clumsy lumps. 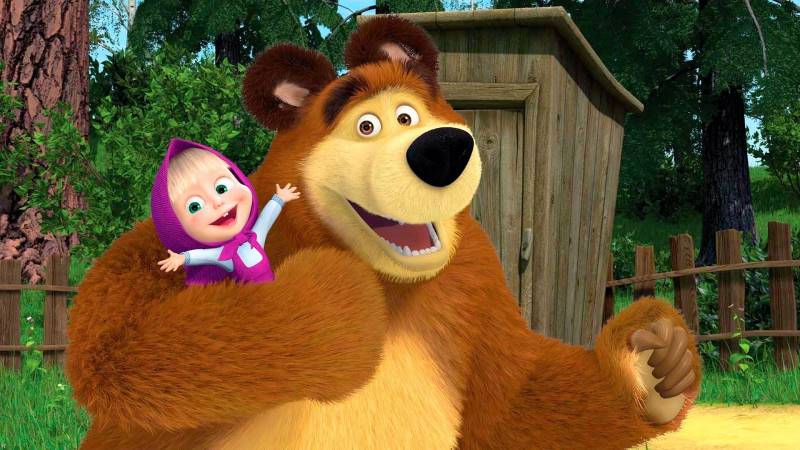 Yes, and on foreign lands does not pull us. Sedentary lifestyle. House, garden, grove near. River with perch. Beauty. And nothing else is needed.

But it is only to the point. After the line we are animals that are able to tear all these tigers and lions to shreds, to catch up with the wild horse at full speed. We have no natural enemies in nature. Even the Ussuri tiger, to which all its “brothers” from other lands, like children in size, risk attacking only young bears. A tiger teddy bear breaks quietly, with feeling, plainly and constellation. For pleasure. 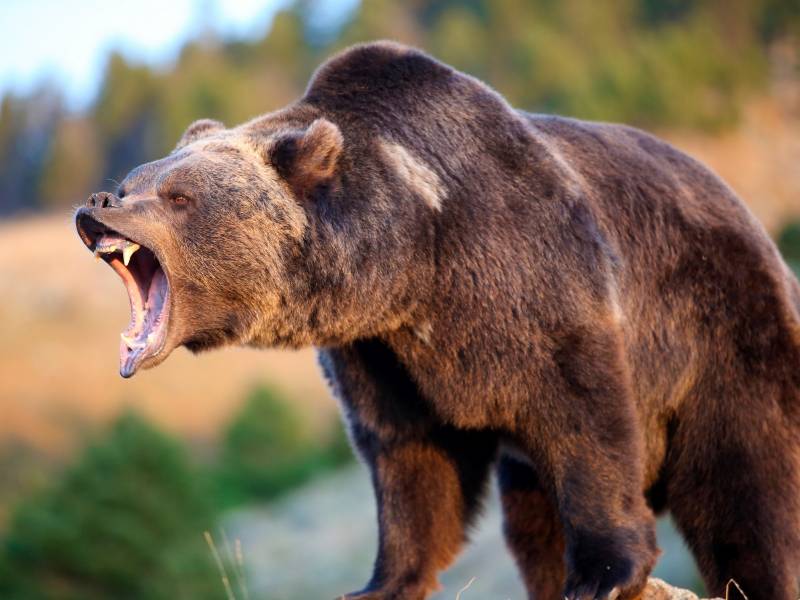 Over the last phrase should think those who are going over the line. And donkeys, elephants, and lions ... think hard. And take into account that all bears because of the peculiarities of the diet and large sizes have a significant impact on the flora and fauna of their habitats!

This I mean to the "walkers" through the devil remembered. Where the bear lives, regardless of the species, it is the owner. The rest live nearby. There is a polar bear. I saw a whale or a walrus, the ice broke through and took out food. He ate himself, and behind him a bunch of foxes and white foxes fed. There is a brown bear salmon catching. Near a bunch of foxes and wolves. The bear spawn eats, and throws out the bodies of the fishes.

And bears do not know how to be afraid. They will go to the side so as not to interfere with someone else's hunt. But they will tear anyone who wants to stop their hunting ... 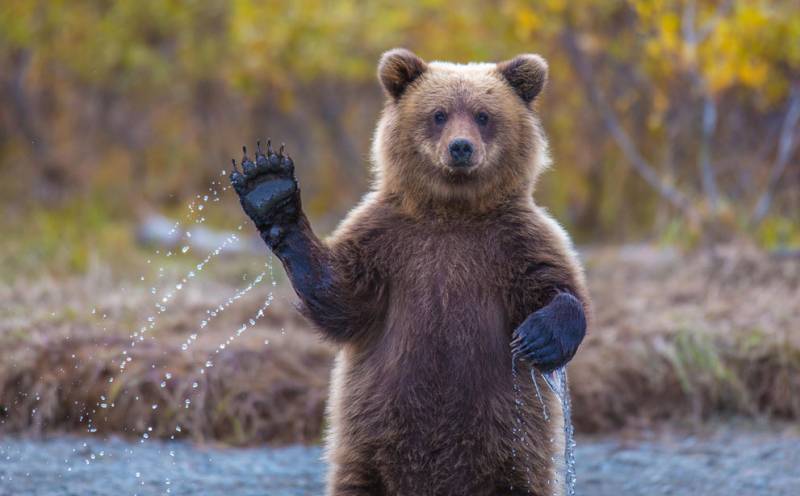 Guys in the West, you are stopping our hunting ...