April 10 2018
26
There is such aphorism: история teaches that no one learns from the mistakes of others. In part, this is correct: knowledge is not transmitted sexually, every letter of the documents has to be rethought, in the light of new circumstances proposed by the world agenda. The history of the now living peoples and ancient civilizations sometimes gives us a ready-made scenario, a template that rulers will realize (or reject). 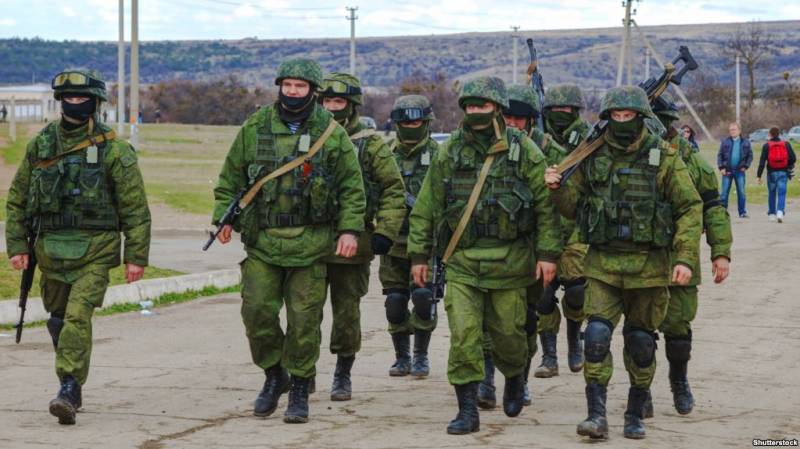 In December, the 1835 of the year (historically accurate time, almost yesterday on the time scale), on the Chatham Archipelago, which is approximately 500 kilometers from New Zealand, the independent existence of a local Moriori people that lasted for hundreds of years came to an unexpected and terrible end. 19 On November, a ship arrived with a team of 500 Maori warriors armed with rifles, clubs and axes. 5 December of the same year came the second ship, which brought another 400 reinforcement man. The detachments of the soldiers who had landed, bypassing the villages of the Marioryan villages, announced to the inhabitants that from that time on they were becoming Maori slaves, and killed those who dared to object. Organized resistance at this stage could have put an end to the threat of capture and enslavement, since the number of Moriori was twice as great as the invaders. However, on Chatham they are accustomed to settling conflicts amicably. Gathered at the council, the Moriori decided not to resist, but to offer peace, good relations and a fair division of resources.

Moriori did not have time to bring their proposal to the conquerors - even before they attacked them with all the troops. Over the next few days, Maori killed hundreds of islanders, consuming the bodies of many for a victorious meal, and the rest were turned into slavery and in a few years almost killed Moriorians without exception, taking the habit of taking the lives of their new slaves at the slightest whim. According to the recollections of the Moriorian who escaped, “Maori began to slaughter us like sheep ... we fled to the forest in horror, hid in holes, underground and everywhere where we could hide from the enemy. But in vain, because we were found and killed indiscriminately men, women, children ”(isn’t it, eyewitness messages vividly resemble pictures from the Warsaw ghetto under the Nazis). One of the participants of the attack explained: “We captured this land ... according to our custom, we captured everyone, not one left from us. Some fled - these we killed, and not only these. But so what? After all, so says our custom.

Such a brutal outcome of the Maori clash with Moriori could be easily foreseen, Moriori were a small tribe of hunter-gatherers isolated in the ocean, with the simplest technique and weaponscompletely devoid of combat experience, costing no cruel leadership and organization. Maori invaders from the New Zealand's North Island, on the contrary, grew up in a densely populated agricultural area whose inhabitants fought among themselves unceasing fierce wars, used more advanced equipment and weapons, were accustomed to strict command and military subordination. It is not surprising that when these two populations came into contact with each other, it was Maori that was brutally cracked down on Moriori, and not vice versa. Similar tragedies occurred before and after, in modern and ancient history, when well-armed warriors won crushing victories over a numerous, poorly armed mob. But one circumstance makes the sad lesson of the Maori-Morioria conflict particularly vivid: both groups were descended from a common root and separated from each other in history less than a thousand years before the events described. Both tribes belonged to the Polynesian family. Initially, the descendants of the Polynesians colonized New Zealand (approximately in 1000 AD), then some of these Maori colonized the Chatham archipelago in turn and began calling themselves Moriori, leading a rather full life and little anxiety to the problems of survival.

Let us return to the winter of 2014 of the year, to the Crimea, and imagine a situation where Russian troops look blankly at the arrival at the stations of the “Friendship Train” from mainland Ukraine filled with armed fans of football teams infected with pro-fascist ideas. The troops received orders not to interfere "in the internal affairs of Ukraine and to strengthen guard duty." I think it would take a very little time for Friends of Fans fans to put down cuckers and throw down herbivore deliverers of apartments and sellers of cooked corn to the sea who dared to doubt the thesis “Ukraine above the whisker”. Any bleatings about the rule of law would be nipped in the bud. 21 February 2014 of the year in Simferopol rally of supporters of independence and opponents of European integration numbered about 2000 people. Approximately the same number was counted by the unarmed “Antimaydan” in Odessa, recall that this 2 confrontation ended on May 2014goda with the tragedy in the House of Trade Unions, a tragedy similar in its cruelty to Khatyn. According to Official Data, 214 people suffered and more than 50 died. The subsequent reaction of the authorities and Maidan activists against the “anti-Maidan” put an end to the pro-Russian movement in Odessa for many years. All that was missing was the Polynesian ritual of eating human meat to the camera, although the press and the Internet of Ukraine were full of jokes on this subject.

Let us say more: the regular formations of the protection of the rule of law of an individual, medium-sized or small city are not able to solve the problem posed in interethnic clashes. 9 May 2014 of the irregular fascist detachments of the Ukrainian junta attacked the city of Mariupol and completely burned down the police department of Mariupol, killing 46 police and more 100 civilians.

Arriving at the seizure of Mariupol were in camouflage and balaclava, armed with automatic weapons. Having simulated the delivery of the detainee (the role of the detainee was performed by one of the arrivals in civilian clothes), they were able to deceive the person on duty and broke into the building of the Ministry of Internal Affairs. Only towards evening, having met fierce resistance from the city militia, the nationalist units left the city.

We also say that in the new Russian history there was a difficult episode when 14-19 June 1995 195 terrorist group of people led by Shamil Basayev took hostage more than 1600 residents of the town of Budyonnovsk, who were driven to a local hospital. Those who refused to go were shot. Local police tried to resist the terrorists, but almost all were killed. As a result of the armed seizure of hostages in Budennovsk, 129 people died (including 18 police officers and 17 military personnel), 415 people received gunshot wounds of varying severity. Neither the Beslan militiamen in the 2004 year, nor the Nazran militiamen in the same 2004 year, could not hold back the terrorist detachments.

As for the reaction of the “world community”, we should not forget that the Australian fishing ship, accidentally entering Chatham on the way to New Zealand, brought the New Zealanders the news about the islands, “where there are plenty of fish and shellfish, the lakes are teeming with eels, and the land is overgrown with karaoke ... There are a lot of islanders, but they don’t know how to fight, and they don’t have weapons. ” Of these News it was enough that 900 Maori gathered in a short time and went for easy prey to Chatham. The world practically did not notice this.

From the above, we can make a logical conclusion: in the 2014 year, Crimea avoided the Polynesian scenario solely due to the vigorous actions of the Russian army and the resolute will of the country's political leadership.