Weekend reading. The myth of the prohibition of the celebration of Easter during the Great Patriotic War

April 8 2018
44
One of the myths about the times of the Soviet power is the steady myth that Soviet citizens were not allowed to a cannon shot to the temples even on the largest Orthodox holidays, including the feast of the Resurrection of Christ. In the materials of liberal historians, you can find outright testimony that the outfits of the NKVD and other competent bodies literally drove the believing citizens from the churches, as is now customary to be expressed in certain circles, “at gunpoint”.


Another myth that has nothing in common with reality is supposedly a total ban on visiting temples during the years of the Great Patriotic War. The myth is complemented by misinformation that the overwhelming majority of citizens of the USSR, who only gathered to visit the churches, allegedly did not just take a pencil by the law enforcement officers, but later came under criminal prosecution with a general result in the form of “Stalin’s camps”.

Certain excesses, of course, happened - as they say, there were enough blockheads on the ground. However, most of the facts, including declassified archival documents and eyewitness and participant testimonies, say that “история»A complete ban on visiting temples, to put it mildly, is greatly exaggerated.

One of the documentary evidence is an information note from the head of the NKVD department in Moscow and the Moscow region of St. Major (then the title) Mikhail Zhuravlyov No. 1730 from April 5 of 1942 of the year. Based on the document, it can be concluded that Easter on the night of Christ’s Resurrection in the churches of the Moscow region was visited by about 85 thousand people and in Moscow itself - about 75 thousand. These are mostly women over the age of 40 years.

From the material of Major Zhuravlev:
The believing population and the clergy in connection with the religious holiday of Easter, as well as the permission received by the unimpeded circulation of the population of Moscow and districts of the Moscow region, reacted positively on the night of 4 to 5 in April. 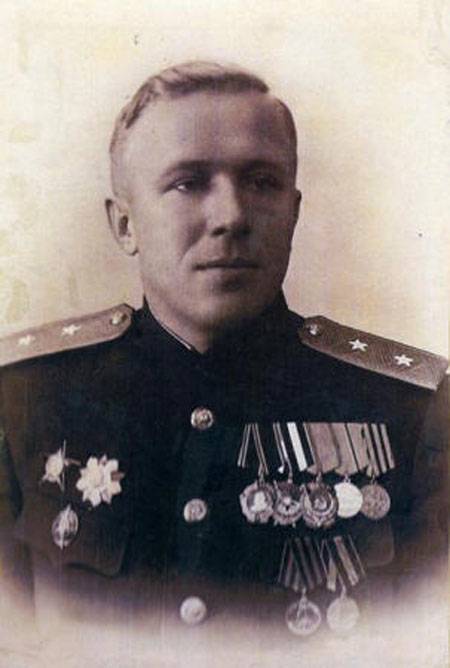 In total, on Easter Day 1942, in the Moscow region, the doors of the 124 temples in effect at that time were opened.

From eyewitness accounts:
In the church on Yelokhovskaya Square (...) the premises of the cathedral were crowded with people, it was difficult for believers to raise a hand for prayer. Stood all squeezed, so closely. There were men in the church, a lot of young people. Even the military were and also listened to the speech of the archpriest. 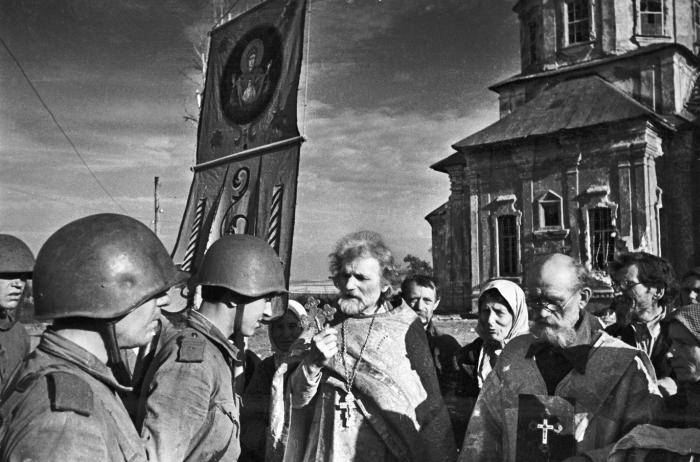 Professor G. Georgievsky:
Orthodox Muscovites living in siege conditions, acutely experienced insecurity in the traditional solemnity of the midnight service. Suddenly, at 6 on Saturday morning, 4, April morning, the radio unexpectedly began for everyone with a message from the commandant of Moscow, allowing free movement in Moscow on the night of April, there was no end to the raptures of Orthodox Muscovites.

The attendance of churches in Leningrad increased significantly after the beginning of the blockade of the city. At the same time, the Easter holiday of 1942 in the city on the Neva was overshadowed by a massive raid of enemy aviation. The bombing began at 17:00 on Great Saturday, lasted with small interruptions almost all night. At the same time, eyewitnesses say that the Nazis beat the existing temples. The festive service was rescheduled at 6 a.m., which helped to avoid a large number of victims.

Most of all, on Easter night 1942, Prince-Vladimirsky Cathedral suffered. The rector of the cathedral from February to July 1942 was Archpriest Nikolai Lomakin. In his testimony at the Nuremberg trial, he describes those events as follows: “In 17 hours 30 mines in the evening in the south-western part of the Prince-Vladimirsky Cathedral fell 2 bombs. People at this time approached the Holy Shroud. There was a huge line of believers who wanted to fulfill their Christian duty. I saw a man near 30 lying on the porch of the wounded. These wounded were in different places near the temple ... A terrible picture of confusion occurred. People who did not have time to enter the temple, hurriedly began to run away into the near trenches, and the other part, which entered the temple, huddled along the walls of the temple, awaiting their death in horror, because the shaking of the temple was so strong that it was continuous for some time. , glass fell, pieces of plaster ... German air raids lasted until the very morning, the whole Easter night. The night of love, the night of Christian joy, the night of resurrection was turned by the Germans into the night of blood, the night of the destruction and suffering of innocent people. ”

In the Easter message to the people of Leningrad, the then Metropolitan Alexy wrote: "... the enemy is powerless against our truth and our unlimited will to win, which no temporary setbacks can break, and no matter how short-term success of the enemy, because we know that by the word of the Wise:" arrogance "(...) We all must firmly remember that as in times of whether sv. Alexander Nevsky or Dimitri Donskoy, on the ice of Lake Peipsi, on the banks of the Don and on the Kulikovo field, a great dispute of truth and untruth was resolved, and now - in a different situation, in an unreasonably more formidable clash - we are resolving the dispute of advancing Germanism against the defending Slavic world and the significance of it personally for us, the Russian people, expands and grows to the destinies of the world of our people and our Fatherland. Each of us, Russian patriots, should understand this, and be above the comparatively small deprivations and personal disasters that one has to endure in this turbulent time. And more than ever keep vigor and strength of mind, remembering the words of the Apostle Paul: "Be awake, stand in faith, take courage, be strengthened." Our city is in especially difficult conditions, but we firmly believe that it is kept and preserved by the cover of the Mother of God and the heavenly intercession of his heavenly patron, St. Alexander Nevsky ".