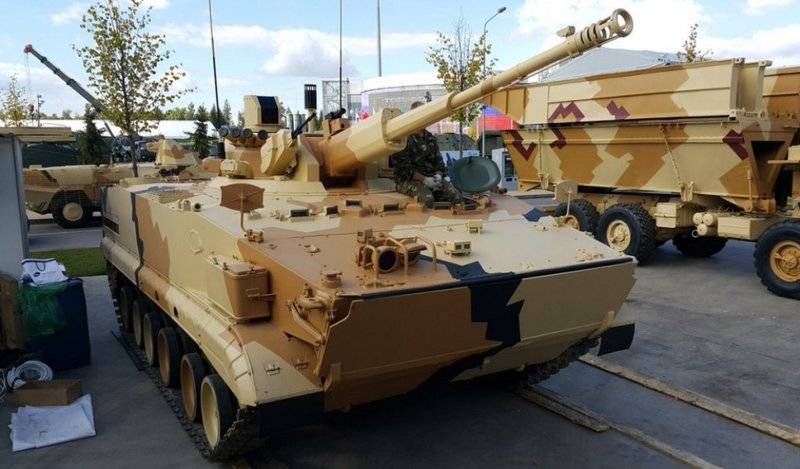 There is (sample), is now at the stage of preliminary tests
- He said, answering a journalist's question at the exhibition of arms ArmHiTech-2018.

According to the developers, the ZAK-57 “Derivation-Air Defense” complex in millimeter 57 caliber will have no equal in the world. He will be able to hit air targets, covering the troops from the air, and participate in ground operations as weapons support

Experts note that the effectiveness of ZAK-57 differs little from the anti-aircraft missile system, while its production and operation are believed to be significantly cheaper. Experts also believe that the new Russian complex will probably be created on the basis of the Armata universal platform.

It is also reported that the enterprise of the nuclear weapons complex "Rosatom" - the production association "Start" named after Protsenko - is already mastering the production of shells for these complexes, reports RIA News