Military pensions: what has changed over the past century

March 26 2018
24
Remuneration for military work and mortal risks in military affairs have always been thought of. Leaders, consuls, monarchs and other rulers at the same time viewed this as a necessary condition for the preservation of their life, power and wealth. The warriors themselves rightly believed that their military service, wounds and disability should be financially compensated by the power for which they exposed themselves to mortal risks and deprivations. Thus, certain principles of remuneration were gradually developed, which were then transformed into various types of pension systems. 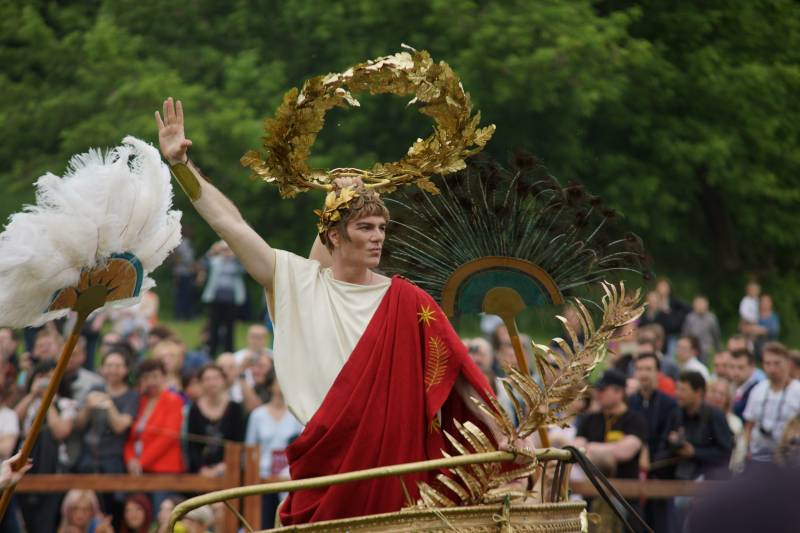 The basic principles of military pension have been formed and honed over the centuries. Gradually, a fairly clear-cut basis of this system has been established, and it has been preserved until the modern historical period. Of course, all this was not called a military pension, since the very name of this material reward appeared much later. But, in fact, remuneration in old age for many years of dedication and service actually performed the basic functions of pension provision. To some extent, such forms of individual material remuneration for military labor existed even thousands of years before Christ in the armies of the ancient civilizations of China, Babylon, Macedonia, Egypt, Assyria, and some others.

Initially, in the armies of antiquity material reward for long service was issued in kind in the form of land plots, items made of precious metals and natural precious stones, herds of animals and even slaves. However, over time, the sources of such remuneration became increasingly scarce, which ultimately led to the emergence of cash payments.

It is also noteworthy that it operates in almost all modern countries, of course, taking into account historical, national, religious and cultural characteristics of specific states.

We list the main of these principles and conditions:

- formation of a permanent (regular) army on the principles of volunteering or hiring;

- the establishment of certain periods of stay in the army, required to receive pension benefits (most often 20-25 years);

- the introduction of mass or universal pension payments in armies instead of individual incentives at the discretion of the monarch, ruler or authority;

- issuance of pension remuneration for military work in kind or in cash;

- Pension payments in a lump sum or in equal installments in all subsequent years after the end of the service in the ranks;

- setting a time limit for military service, depending on the position held, rank or rank (usually up to 60 years);

- formation of a system of benefits and advantages for military veterans, depending on the level of socio-economic development and other financial capabilities of a particular state.

Over time, pension conditions in the civilizations of the ancient world become an important condition for a man to enter military service. A prerequisite has always been that a warrior must be from among the indigenous people and free from slavery or any other bondage of people.

Pensioners of the ancient world

Ancient Greece was at the cradle of many European civilizations and states. In addition to the beginnings of ancient democracy, there were formed and the foundations of state care for the weak and elderly military people. At the same time, the main attention of the Athenian rulers and the ancient Greek elite was aimed at the development of culture, arts, crafts and trade. Military affairs were a prerequisite for all free citizens during wars and repelling hostile attacks. The rest of the time, the standing army was relatively few and was formed according to militia principles. This means that all men under the age of 60 should have had their own weapons and armor at home, so that, on the first signal of the danger of war, they must take their place in the phalanx or other military formation.

Material maintenance was provided only to soldiers who were crippled in battles and who lost their ability to work independently. Pension maintenance was issued taking into account the family composition of the military retiree. Pensions for injured veterans were usually determined on the basis of the average daily wage of an artisan.

In the army of ancient Greece, they served up to 60 years. Pension payments were assigned collectively, taking into account the military merits and the state of health of the veteran. There was a system of periodic re-examination of the need for pension benefits. Having missed the deadline, it was possible to completely lose the pension.

Spartans did not retire

The military lifestyle of the Spartans was formed during the existence of the Spartan kingdom. The Spartans almost continuously waged war with their neighbors in ancient Hellas, subjugating all new peoples and territories. The main goal - is getting military booty, most of which fell into the hands of the two kings who ruled Sparta. In this regard, the role of the warrior and the importance of the troops was of paramount importance for this militant ancient state. For military service under very harsh conditions, all the boys were trained and, on reaching 20 years, they joined the army.

It is no coincidence that the concept of "Spartan education" entered history as a symbol of physical and moral preparation in harsh conditions for any important task. Service was considered compulsory until the age of 60. Almost all Spartans had about 40 years of service in the ranks. Moreover, regardless of merit or age, everyone served on equal terms and participated in battles. This was not an easy matter, considering that weapon and the equipment of the warrior of that time weighed up to 30 kilogram.

Under the conditions of universal military service, no special benefits and advantages, except for well-deserved honor and respect, were allowed to veterans. The army was relatively small, but had extremely high stamina and courage in the battles. All the textbooks of ancient history included a description of the feat of three hundred Spartans, led by King Leonid. In a fierce battle with the enemy at Thermopylae, they died in battle, but did not retreat.

The honored peace was spent annually around 50 veterans from among those who lived to this day. They had to provide themselves with their work. In some cases, the state treasury took for its maintenance the most deserved or out of work as a result of wounds and injuries. Veterans were often recruited as mentors for military training for youth.

After nearly two centuries, weakened by wars, Sparta was captured by Roman legions.

The presence of a standing army on the basis of volunteering and the compulsory pay for soldiers are considered important factors in the high fighting efficiency of the ancient Roman army. Previously, there were no such examples in history. Famous Roman rulers Guy Mari and Julius Caesar put a lot of effort to form an invincible army. Acquisition of legions of mercenaries from among the free Romans volunteers demanded considerable expenses of the treasury. At the same time, the monetary allowance and periodic additional incentive payments for legionaries and centurions were established. Along with cash payments, awards for military work also appeared for the first time. Certain privileges, advantages, or benefits began to be attached to award medals.

During the reign of Consul Guy Maria, for the first time in the world, retirement pensions were established for legionary veterans. At the end of the service, each legionary was provided with a material reward in the form of a plot of land. Later began to be paid pensions in cash. These benefits and benefits enjoyed only veterans. At the same time, the legionnaires retained all rights to trophies taken personally in battle, as well as to a part of the total military spoils. To become a veteran, the legionary needed to serve in the ranks of two decades. Then the total length of retirement service was extended to 25 years.

Later, the consul, and then the title of dictator Julius Caesar, secured the right of legionnaires to military pensions and significantly expanded veteran benefits and advantages. During his reign, troops began to pay cash bonuses after defeating the enemy. After a while, they began to receive additional incentive payments in the form of an increase to the salary at the accession to the throne of the new emperor and on other important occasions. Additional payments were required, among other things, to compensate for the losses of legionaries and centurions from a decrease in the volumes of military booty. Virtually all neighboring states have already been captured by Rome.

An important innovation was that legionnaires could now make personal savings while serving. Usually, the accumulations of legionaries were kept in a special money box of the standard-bearers of the cohort. Needless to say, the cash drawer was guarded as well as the banner and distinctive sign of a legion or cohort itself.

In accumulation, as a rule, legionnaires set aside half of the bonus and other one-time payments. Accumulated amounts were issued to the veteran in full only upon resignation. Thus began the beginnings of the pension savings system. The size of the accumulated money differed approximately 5 times for centurions (officers) and ordinary legionnaires. The Roman horsemen and the Praetorian Guard legionnaires had higher salaries and accumulations were much higher than in the army infantry.

Centurions in the army of ancient Rome were resigned later than ordinary legionaries - usually over the age of 60 years. In those days, constant wars and dangerous campaigns to live then these respectable years was a great success in life.

In the initial period of the formation of the ancient Roman pension system, the form of natural remuneration of veterans was widely used. Usually in this quality, allotment of land plots in sizes corresponding to official position and military merits was used. By tradition, the land plot was named after the owner-veteran and was part of the settlement of his cohort or legion.

The veterans had other privileges - exemption from taxes of the retiree himself, his wife and parents. In addition to the right to settle in any place of the empire, the former legionnaire could even voluntarily perform the duties of a priest. His house was freed from military standing. Benefits and benefits of veterans are constantly supplemented and changed. By the way, the very concept of "veteran" was introduced in the days of ancient Rome. It is derived from the Latin word meaning "old."

It is justly believed that the origins of all modern military pension systems of the world originate in ancient Rome. Many of the principles and conditions for obtaining a military pension of many centuries ago are still relevant and remain in one form or another in our day.