Damansky. An island that will remain only in our memory

March 21 2018
147
Half a century. For stories, in principle, no time limit. One side. On the other ... Forty-nine years ago, our fighters and frontier guards clashed with PLA soldiers in an unequal battle. And they won. 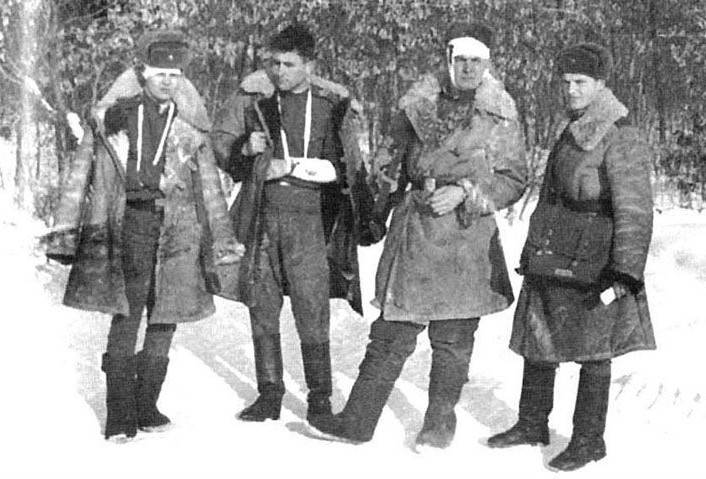 It is difficult to say how in 2019, we will interpret and recall these events. And will they be remembered at all, simply because we no longer have Damansky Island, and China has Precious Island. Yes, and with China seems to be peace, friendship, and so on. We'll see.

But today we want to remember not events, no. Events we will remember next year. More precisely, remember, but not in detail in terms of events.

Once upon a time, in 1888, during a survey work for the construction of the Trans-Siberian Railway, railway engineer Stanislav Damansky was killed. Drowned in the treacherous Ussuri River. The event is tragic, but ordinary for those places. Taiga and numerous Siberian rivers are dangerous even today.

The comrades found the body of the deceased engineer not far from the nameless island. And, according to the traditions that still exist, the island was named after the deceased - Damansky Island.

The island is small. 0,74 square kilometer area. 1500-1700 meters long and 500-600 meters wide. To live on it is difficult. During the spring flood, it is well warmed. But to conduct business activities on a rotational basis is quite possible.

Legally, the island became part of Russia in the 1860 year, even without being open. According to the Beijing Treaty, the border between China and the Russian Empire began to pass along the Chinese bank of the Amur. In fact, the people from the one and the other used the rivers without restrictions. Moreover, a few Chinese and Russians lived quite close to each other. And the islands that appear and disappear on the rivers were considered like draws.

I specifically started the story from afar. Just because so far in our and Chinese sources there are a lot of discrepancies in this matter. The differences that prevent us from understanding the background of the events described below. Who is right and who is wrong?

Now the mean numbers obtained from the premium department of the archive of the Ministry of Defense of the Russian Federation. For their heroism and courage in the performance of official duties during the 2 and 15 events of March 1969, in the area of ​​Damansky Island, 300 people were awarded, of whom 59 was posthumous. Of the total number of awarded 216, border troops were military personnel, 80 were military personnel of the Soviet army, and 4 civilians.

The events in the Damansky area did not come as a surprise to the top leaders of the USSR and the PRC. Intelligence worked well. Therefore, periodically reports were sent to Moscow about an upcoming provocation in the area of ​​the island. Yes, and the border guards who served in the area, perfectly saw everything. Moreover, periodic fights with fighters of the Chinese agricultural army became the norm. Weapon border guards were forbidden to use.

This period in the history of China is called beautifully - the cultural revolution. In fact, the fact that the young supporters of Mao, the Red Guards (the red guards, the Red Guards), were doing, had nothing to do with culture. It was their authorities used for provocations. By the year 1968-69, attacks on even border patrols became commonplace.

What happened on Damanski on Sunday, March 2? Alas, but this Sunday for the entire DVO was a working day. The troops participated in the exercises to repel an enemy attack from the Primorye region. Including the border guards guarding the border on the Ussuri River. The main forces and military equipment of the border guards were deployed 50 kilometers inland. Three dozen border guards remained at the outposts.

Taking advantage of the weakening of the frontier post, the Chinese decided on a provocation. At night, a PLA company crossed the island and secretly took up a position on the high western coast of the island. In the afternoon, around 10-20, the Ussuri ice reached the 30 Chinese border guards.

The chief of the Novo-Mikhaylovka 2 th post, Senior Lieutenant Ivan Strelnikov, decides to push the Chinese back from Soviet territory. On the BTR-60PB and two cars, he and a group of 31 border guards are being pushed to the scene of the violation.

In place of Strelnikov divided the group into two groups. One, under the command of the chief of the outpost, was to oust the Chinese from the ice in front of the island. The second is to cut off the group to 20 people who disappeared on the island. The border guards did not know about the ambush that the Chinese had prepared ...

At that moment, when the officer demanded to leave the Soviet territory, at the command of a Chinese officer (raised hand), an ambush shot the border guards at point-blank range. The same fate befell the second group under the command of Sergeant Rabovich. From 11, 9 people were killed on the spot. Corporal Akulov was unconscious captured. Only one wounded man survived - Private Serebrov.

Upon hearing the shooting, the junior sergeant Yuri Babansky took over the command of the outpost. The 12 man remained at the outpost. Branch It was they who took the fight. Half an hour later there were five of them.

At this time, the commander of the neighboring 1-th outpost "Kulebyakiny sopki" senior lieutenant Vitaly Bubenin advanced to help the neighbors on the BTR-60PB and two cars. Around 11-30, he joined the Babansky group. 24 border guards with "Kulebyakina Sopka" and five from "Novo-Mikhailovka" took up defense with the support of two armored personnel carriers.

After 30 minutes of battle, the Chinese realized that they could not take the border guards alive. Then the mortars entered the business. Bubenin decides to attack the BTR. However, during the attack, the machine gun was wedged. Senior Lieutenant returned for the second. But now he attacked the Chinese from the rear.

Alas, the BTR was "enough" only to destroy the enemy's company on the ice. From the wrecked car, Bubenin with the fighters leaves in the direction of the Soviet coast. But, going out on an armored troop-carrier Strelnikov, it transplants on him and continues the fight. This time destroyed the command post. But when trying to pick up the wounded, the stopped BTR is shot from RPG-2.

At about 13 hours, the Chinese began to retreat ... At the same time, the head of the border detachment, Colonel Leonov, and reinforcements from neighboring outposts and reserves of the Pacific and Far Eastern border districts arrive in the conflict area. In the depths a motorized rifle division was deployed, equipped, among other things, with the then highly classified BM-21 Grad.

On the opposite side, the 24 Infantry Regiment numbered up to 5 thousand people deployed. The border guards were also reinforced by neighboring outposts.

The losses of the parties in this battle: USSR - 45 people, of whom 31 was killed. People's Republic of China - 39 killed. The number of wounded is unknown. This is according to our specialists. The Chinese classified their losses.

The next escalation of the conflict dates back to March 14. 15-00 received an order to remove border guards from the island. The Chinese immediately pulled up their units on the left positions. Then the border guards came to the island under the command of Lieutenant Colonel Yanshin. 45 man with the support of 4 BTRs.

On March 15, after mutual psychological treatment of the enemy through loudspeakers, after an artillery attack with up to 60 barrels, the Chinese launched an attack in 3 companies. To help Yanshin moved forward by 4 tanks T-62 Colonel Leonov.

In battle, one of the tanks sank, and Leonov's tank was shot down from a grenade launcher. Leonov himself died trying to leave the burning car. But the actions of the tankers made it possible for the Yanshin group to leave the island. It became clear that the available forces would not be enough to defend the island.

Then the responsibility was taken by the Commander of the Far East Military District, Lieutenant General Oleg Losik.

He ordered to strike "Grads." In 17-00 15 March "Grads" were first used in a combat situation. The result stunned the Chinese. Personnel, ammunition depots, headquarters and gearbox were destroyed. In 17-20, the 2 battalion of the 199 motorized rifle regiment attacked. The Chinese fled to their shore.

Soviet units also returned. Individual foci of resistance were shot up to 19 hours. However, they were quickly suppressed by motorized riflemen. The conflict was over.

In conclusion, I want to cite a complete list of awarded soldiers and officers for the Damansky for today. Someone is no longer with us, someone is alive. The fact is that the awarding of combatants was carried out by 6 by decrees of the Supreme Soviet, most of which were then classified.

For the courage and courage shown in defending the state border, award:

For heroism and bravery shown in defending the state border of the USSR, assign the title of Hero of the Soviet Union to the junior sergeant Viktor Orekhov (posthumously).

For courage and heroism shown in defending the USSR state border, award:

For courage and bravery shown in defending the USSR state border, award:

And four citizens not from among military men.

Order of the Red Star for the provision of first aid was awarded Strelnikova Lydia Fedorovna (the widow of the chief of 2-th outpost, I.I. Strelnikova).

Medals "For Military Merit" Avdeevs, Anatoly Gerasimovich, Gennady Vasilyevich and Dmitry Artemyevich were awarded, who brought x-sled carts to 2 in March 1969, on which ammunition was transferred to the battlefield.

The list is big. But here, on our pages, it is absolutely appropriate and logical. The memory of those who took the fight 49 years ago is our, one might say, combat mission.

All we have left is the memory of those who fought and who died in March 1969.

Damansky Island, and now Precious, is the military-administrative zone of the People's Republic of China, and the Russians, and other foreigners, cannot get there. But the Chinese military do not just let their tourists go there. Carry specifically, "so that the Chinese people did not forget their history and remembered the feat on the island of Precious." 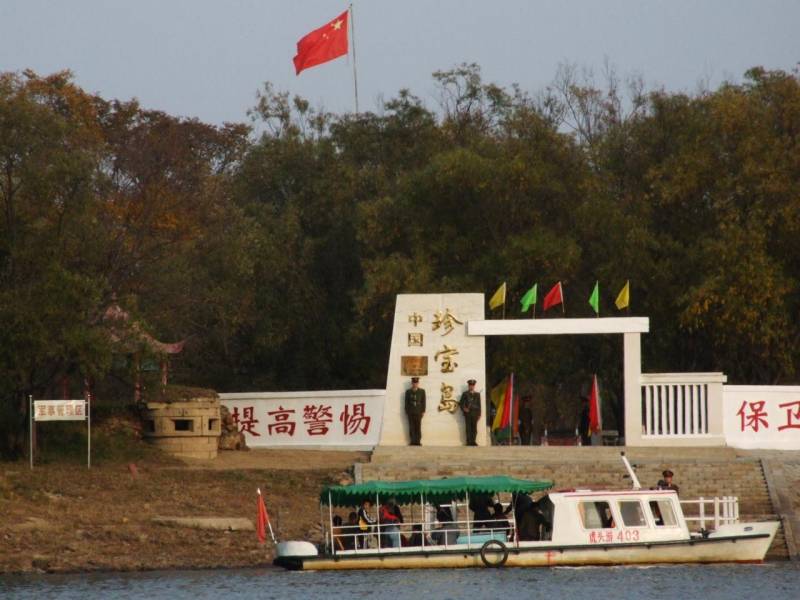 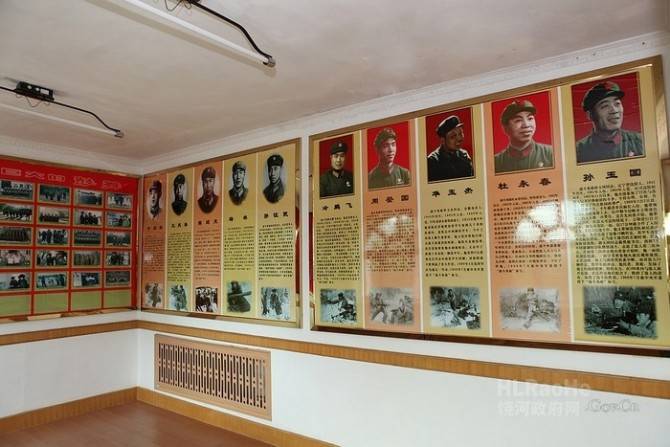 There is a museum on the island, which presents a Chinese perspective on events. Memorial events and commemorations of the departed are held, the number of which is still under a great secret.

Despite the fact that politicians actually spat on the blood shed by our soldiers, we are obliged to keep the memory of the events on the Damansky, no matter how the relations between Russia and China may be. For whoever remembers the old, that eye out, and whoever forgets the old, that two.