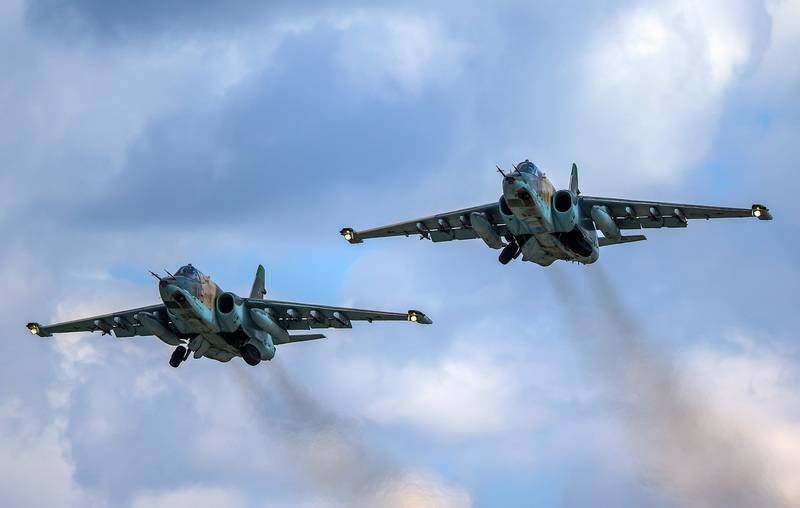 Earlier, six Su-25CM attack aircraft and two Su-24MR reconnaissance aircraft were transferred to Aini airfield near Dushanbe from the Chelyabinsk region and from the Russian Kant air base in Kyrgyzstan.

Operational-tactical aviation of the Central Military District, together with the Air Force units of Tajikistan, provided air support to the units of the ground forces of the two armies that completed combat training tasks on blocking and destroying conditional gangs during a joint command and staff exercise at the Kharbmaidon training ground in the Khatlon region of Tajikistan
- said the assistant commander of the Central Military District Colonel Yaroslav Roshchupkin

He noted that during the air strikes on contingent militant clusters, the pilots fired more than 100 unguided aircraft rockets.

Ctrl Enter
Noticed oshЫbku Highlight text and press. Ctrl + Enter
We are
Russian base in the Republic of KyrgyzstanUSA already in Tajikistan
Military Reviewin Yandex News
Military Reviewin Google News
8 comments
Information
Dear reader, to leave comments on the publication, you must sign in.