March 19 2018
25
Following the US Army, the decision to replace their pistols took the US Marine Corps, reports "Warspot" with a link to thefirearmblog.com portal. 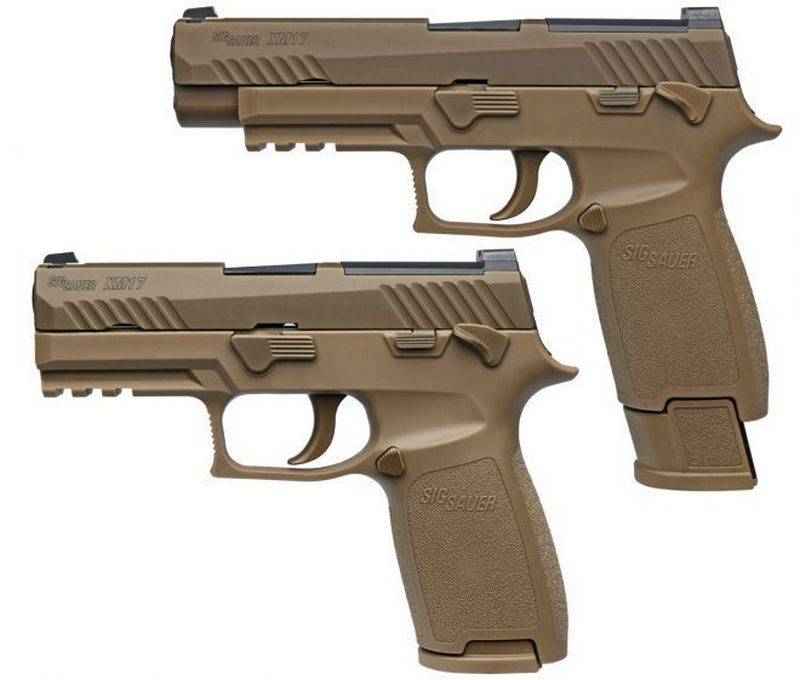 In January last year, the US Army announced the winner of the tender XM17 Modular Handgun System. It turned out to be a M17 pistol - a modification of the SIG Sauer P320, designed to meet the requirements of the US Department of Defense. The new pistol will be supplied to troops in the caliber 9 × 19 Parabellum, with the manufacturer indicating that weapon is modular and can be easily converted to fire .357SIG and .40 S&W cartridges.

Last May, the United States Marine Corps officially adopted the M17 and M18 pistols (the compact version of the M17), and no plans were made to purchase them.

The military command has budgeted for the 2019 year for the purchase of 35 000 new pistols. Initially, the troops will receive the first batch of 2000 units, and after their trial operation, a decision will be made on further purchases. At the same time, marines will most likely get M18 pistols, since the planned purchases include holsters for this particular model.

To date, four models of pistols are in service with KMP: Beretta M9 and M9A1, M45A1 (Colt 1911) and M007 (Glock 19). M18 will replace them all, which, in the opinion of the military leadership, will simplify and cheapen logistics.