Soldiers of Russia and Tajikistan held exercises near the Afghan border

March 16 2018
5
About two thousand soldiers took part in the main stage of the Russian-Tajik exercises, which took place at the Harbmaidon training ground in 15 km from the border with Afghanistan, the press service of the district reports 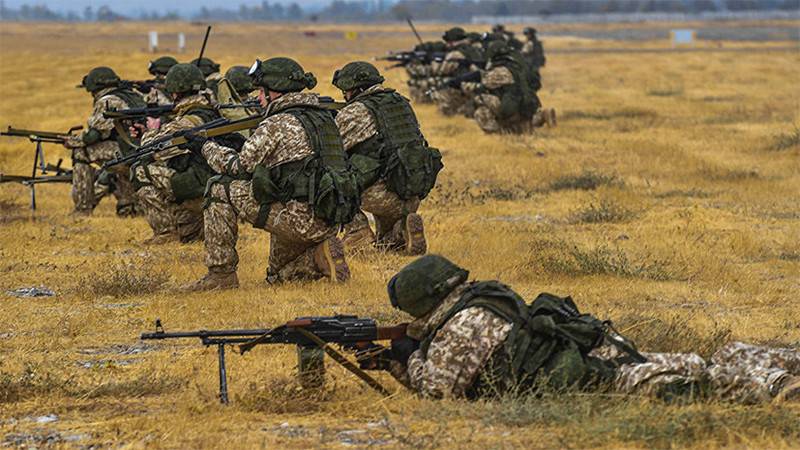 The main stage of joint command and staff exercises with units of the armed forces of Russia and Tajikistan ended at the Harbmaidon training ground in 15 km from the border with Afghanistan. The military personnel of the two armies worked out the issues of planning, command and control during a joint operation to combat illegal armed formations, taking into account the experience of military operations in Syria. About two thousand servicemen and more than 400 units of equipment took part in practical actions monitored by Lieutenant-General Alexander Lapin, commander of the Central Military District forces, and Minister of Defense of the Republic of Tajikistan, Colonel-General Sherali Mirzo.
- said Col. Yaroslav Roshchupkin, assistant commander of the Central Military District (CVO).

It is noted that in the course of the exercise, joint special operations raid-search operations were worked out with the subsequent use of reconnaissance-strike complexes.

According to the identified targets, strikes were made by the Hurricane, assault reactive systems aviation and helicopters. Conditional militants were blocked by guided minefields and finally defeated by motorized rifles with the support of armored vehicles
- added to the press service

Ctrl Enter
Noticed oshЫbku Highlight text and press. Ctrl + Enter
We are
Exercises of Russian pilots at the Harbmaydon mountain range (Tajikistan)Sudden verification of the readiness of the CSTO CSTO
Military Reviewin Yandex News
Military Reviewin Google News
5 comments
Information
Dear reader, to leave comments on the publication, you must sign in.