March 11 2018
16
If the state has “free” 40 billion dollars and a persistent pursuit of a unipolar world, then it clearly needs those in whom such enormous funds could be invested. To invest, for example, in order to create a group that will conduct combat operations in a “third” country against the main geopolitical rival.


Among the "scholars" was a graduate of one of the most prestigious schools in Saudi Arabia, al-Tazher, a graduate specialist in management and private entrepreneurship - a graduate of the University in Jeddah - Osama bin Laden. At that time, when the Western and Saudi secret services decided to turn this very educated young man into a “fighter for the freedom of Muslims of Afghanistan”, Osama was 23 of the year. 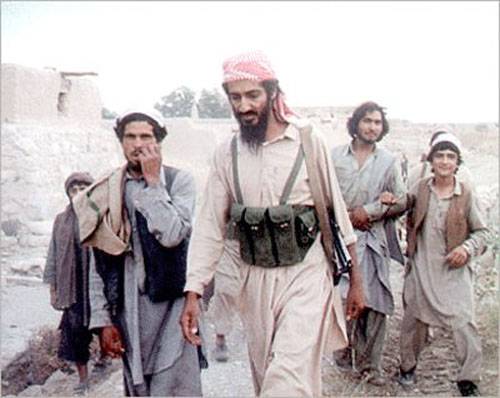 About a year earlier, a completely secular youth, Osama, at the University of Jeddah, met Yusuf Azzam Abdullah, who was an active member of the Palestine Liberation Organization and one of those who received the first Saudi funding for anti-Soviet resistance in Afghanistan. It is noteworthy that the Palestinian Abdullah Azzam, who later organized the so-called Islamic aid fund "Maktab al-Hadimat" (*) after the start of propaganda activities in Afghanistan, headed for a meeting with senior management and the Arab diasporas in the United States of America. During his tours, Abdullah Azzam visited dozens of American cities, lit up on Wall Street and in buildings notorious in certain circles that have involvement in, for example, the Central Intelligence Agency of the United States.

Why did propagandist Abdulla Azzam need 22-year-old “business manager” Osama bin Laden? Here two hares were killed at once: firstly, the initial capital in the form of Bin Laden’s inheritance was launched into the new “Fund”, secondly, Osama was educated, young, hot and was a real plasticine for the formation of a new ideology - the ideology of the “Mujahieja” . Ideology, as you know, is well accustomed. And how could she not settle down when, in total for 10 years of the Soviet presence in Afghanistan, Washington, Riyadh and other sponsors of building a terrorist plague machine of the time allocated 40 billion dollars through various channels. This astronomical sum went far beyond supplies weapons and military instructional activities. This, among other things, is the monetary allowance of thousands of agents of foreign intelligence agencies who flooded Afghanistan and Pakistan from 1979 to 1989.

For these funds, the Black Storks group, for example, was created — a kind of spetsnaz of “spirits”, which, according to one version, consisted of notorious Islamist thugs whom the propagandists traditionally promised “paradise with guriyami” for the heads of Soviet soldiers. These “Black Storks” manifested themselves already at the first stage of the war - in 1980, when, after receiving modern weapons at that time, ammunition and secondment of instructor agents, they set up an ambush in the Pechdar gorge near the village of Khara (Kunar, Afghanistan), where dozens of servicemen died 1-th battalion 66-th OMSBR. In total, 17 of our guys were able to quit independently from more than a hundred people. It is known that after many hours of armed clashes (first becoming the actual execution of the Soviet marching column) and the lack of assistance in the form of reinforcements, the surviving officers gave an order to break through from the encirclement. It came even to the melee. “Black storks”, irritated by the fierce resistance of the Soviet soldiers, made an attempt during the persecution to literally finish off those who broke from the encirclement, but, fortunately, they did not succeed. According to the latest data, 5 bodies of Soviet fighters who participated in the battle in the province of Kunar, are still not interred in their homeland.

And what about Osama? Passing through the cash flows and skillfully using the acquired education of a manager, bin Laden turned out to be also ... a poet. Yes Yes. During the participation in the Afghan war, the future terrorist “number one” (recall that this definition to his “fellow” was subsequently appropriated by the United States) managed to be noted by dozens of poetic works, in a number of which there was a place for romanticism, albeit a very specific one. Mountains, rivers, flowering valleys ... and rivers of blood too ...

In 2002, US troops found hundreds of audio and video tapes in different provinces of Afghanistan, depicting Osama bin Laden reading poetry. It is noteworthy that among them there are poems read at wedding ceremonies.

Hitler painted pictures, bin Laden - compiled his own poetic programs. What a "romantic and vulnerable" personality ...

And as soon as the sponsors of the “scholarship holder” - the co-founder of Al-Qaida (* banned in the Russian Federation) - raised a hand to their so successful student, eh? Apparently, all the same, the wrong verses began to write - to rhyme not what was requested by the “dean's office” initially. 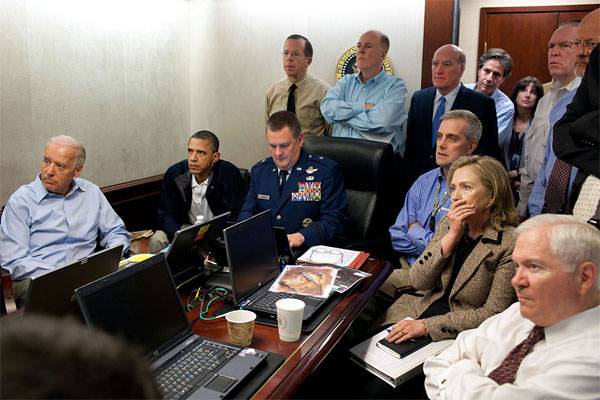 Ctrl Enter
Noticed oshЫbku Highlight text and press. Ctrl + Enter
We are
Time to change the heir. Qatari crisis as a cover for the struggle for power
Military Reviewin Yandex News
Military Reviewin Google News
16 comments
Information
Dear reader, to leave comments on the publication, you must sign in.