Thoughts of the unthinkable in the Pentagon 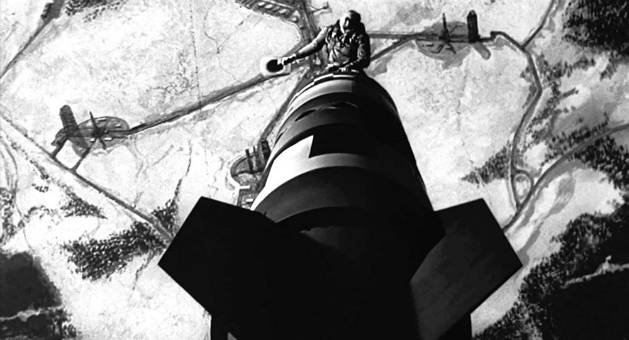 Some public statements of Pentagon military leaders fit the epigraph to an immortal phrase from the equally imperishable Soviet comedy film: “When you say, Ivan Vasilyevich, the impression is that you are delirious!”.

For example, as the head of the Strategic Command of the US Armed Forces, General John Heithen responded to the message of Russian President Vladimir Putin to the Federal Assembly of the Russian Federation. He suddenly took it and, with all the directness of the general, declared that the United States could respond to any attack from Russia.

"We are ready for all the existing threats, and no one should doubt this ... By the way, they do not know where our submarines are, and they are able to destroy their country if we follow this path."

And then one of two things. Either this John Heiten really does not understand what is being said, or he deliberately misleads the gullible congressmen, and at the same time the entire American people.

Both are equally bad, because in any case, someone will be in dangerous illusions - either the whole nation or its generals.

After all, no one questioned the ability of American submarines to launch a nuclear missile strike on Russia. And over the past half century, nothing has changed in this fact.

And Putin in his message spoke of a completely different one. Or rather, that the chances of the United States themselves to go unpunished while delivering such a blow confidently tend to zero, in view of the emergence of a fundamentally new, practically unkillable strategic weapons.

It is the restoration of these Russian innovations to the full extent of the fatal vulnerability of the US territory, which Washington has strained to cover with an impenetrable antimissile umbrella, and is the main “message” that Russia wants to bring to the attention of the United States.

I think that in fact the American generals are well aware of what exactly they are talking about. And they “turn on the fool” only because they don’t like to admit that the Russians again “kicked their ass”. And that in the global military-strategic situation, extremely unpleasant changes are occurring for them. And so they continue to talk about their elusive submarines, which, they say, will easily destroy these intolerable Russians.

But they will not destroy! Because in this case, America itself will surely turn into a huge nuclear mushroom. And such a "perdimonokl" for cheerful Yankees, who are accustomed to treasure their own skin, does not fit. They only like when other cities are burning with a clear flame, but not their own.

And, therefore, the price of the current general bragging about the ability of the United States to destroy Russia is zero points and as many tenths. This will not happen just because the main American trump card is the future and seemingly so close strategic invulnerability of America ordered to live long before it was born.

Well, absolutely already in the order of “alaverdy”, I must say the following. I would have thought very well in the place of the Americans before throwing such statements at all. The fact is that even if one voices thoughts about the unthinkable, that is, about the exchange of nuclear strikes between the Russian Federation and the United States, then in this case, the Americans are definitely not jealous. Firstly, their country is approximately two times smaller in area than the Russian Federation, with twice the population. That, with comparable power and the number of nuclear strikes, means that the damage to the United States will be inflicted in 4 times more than the Russian Federation.

In addition, state-of-the-art Russian nuclear-missile attack weapons have learned, as officially announced by Vladimir Putin, to bypass or overcome the barriers of the US missile defense. What can not be said about the current representatives of the US nuclear missile triad. Which, in terms of its technology, was stuck somewhere in the 70s of the last century and is capable only of the most primitive attacks of ballistic trajectories from well-known directions.

Meanwhile, the Russian missile defense also does not “graze the rear”. And in those decades, while the American rocket men were sleeping peacefully, it went quite far forward. What they say, for example, is quite successful trials of new modifications of Russian strategic antimissile systems. Which may well be able to present to the American "Minutemen" and "Tridents" very unpleasant surprises. In the sense that many of their warheads can be shot down long before approaching designated targets.

And this is not to mention the rapid development in Russia of unparalleled mobile air defense systems in the world, which, in their high modifications (C-500 level), can become an essential weight when repelling a rocket attack through outer space.

And this is despite the fact that yesterday’s American missile defense system is fatally, in a short time, it will not be included in the test at all. Thus, it may well turn out that the allegedly compelling nuclear missile strike on the Russian Federation, which is praised by American generals, will be significantly weakened, while defenseless America will receive a fully-fledged Russian otvetku. And this, in combination with the above-mentioned difference in the size of the territories of the two countries, in the density of their population, as well as adding to the complexity and vulnerability of the infrastructure, which in the American case is several times higher, can lead to a very regrettable outcome for the Washington strategists blows. Of course, both sides will have to be tight, but the United States, unlike the giant and sparsely populated Russian Federation, has no chance at all to survive.

Given all this, the cheap bravado of the American strategic general looks not only irrelevant, but frankly stupid. In fact, he urges Americans to be proud of the fact that in the event of a nuclear attack on Russia, they are exactly and all in a crowd go to the next world.

Ctrl Enter
Noticed oshЫbku Highlight text and press. Ctrl + Enter
We are
Situational analysis of the death of the MH17 flight (Malaysian Boeing 777), made on the basis of engineering analysis from 15.08.2014Results of the week. “In our cooperative, the board is always agreed”
Military Reviewin Yandex News
Military Reviewin Google News
38 comments
Information
Dear reader, to leave comments on the publication, you must sign in.