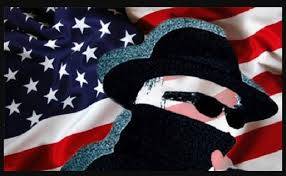 At the same time, the attention of a respectable public interested in Ukrainian affairs is focused on the exaggerated stories With the delivery to Ukraine of an extremely limited party of a rather dubious combat value of the Javelin anti-tank complexes, much more significant and promising events are taking place in the dark depths of the Ukraine-US “partnership” relations.

This is reported, in particular, by the informed French newsletter "Intelligence online" in the material "Le Pentagone resserre ses liens avec la defense ukranienne" ("The Pentagon is strengthening its ties with the Ukrainian defense"). The publication draws attention to the fact that the United States is actively flooding the military-industrial complex of Ukraine with its advisors. Moreover, in some cases, these people occupy key positions in the Ukrainian military-industrial structures. Here is one of the most prominent examples:

“Former director of the Advanced Defense Research Agency (DARPA) of the US Department of Defense in 2001-2009 Anthony Tether in early February 2018 was appointed to the supervisory board of the Ukrainian state concern Ukroboronprom - the core of the Ukrainian defense industry. Since August Tefer has been an adviser on the strategy of this concern since 2016, and he should launch a project to create a “Ukrainian DARPA” - the so-called Ukrainian Defense Research Agency. This organization will have separate funding allocated by the President of Ukraine, Petro Poroshenko and the Government of Ukraine, and this agency will be responsible for supporting long-term R & D.»Https://www.intelligenceonline.fr/grands-contrats/2018/02/14/le-pentagone-resserre-ses-liens-avec-la-defense-ukrainienne,108294096-art

In this case, it is striking that no one has been appointed to a leading position in the Kiev defense concern, but the former head of one of the most secret Pentagon agencies who owns a large amount of knowledge of the highest level of confidentiality. The fact that such an informed person was sent to Ukraine, with its extremely high political risks and espionage threats, in itself speaks volumes. And above all, that from the point of view of the Americans, its mission is worth it.

We can judge about exactly what it is based on the previous specialization of Anthony Tefer, who was involved in the organization of the development of advanced weapons systems in the United States. His goal in Kiev can be twofold. On the one hand, it is a purely reconnaissance and intellectual and heuristic potential of one of the parts of the former Soviet military-industrial complex consisting in the most in-depth assessment. In order to extrapolate the data obtained to the defense industry of the Russian Federation and thus obtain indirect data on its style of innovation and potential opportunities. Americans understand perfectly well that defense specialists in Russia and Ukraine are people of the same school and that which is characteristic of some is also characteristic of others.

However, one cannot exclude the other, more practical purpose of this mission of the former head of DARPA. It is no secret that Washington is extremely interested in strengthening the military potential of today's Ukraine, in which they see the sworn enemy of the rest of Russia and the main brake on the way of strengthening the historical East Slavic enemy of the West.

At the same time, however, in the United States they are afraid, for obvious reasons, to lift all restrictions in the field of military cooperation with the very problematic Kiev regime and fully take its side in a possible conflict with the Russian Federation. In particular, in the form of massive and fully open supplies of American weapons. That is why even very mediocre anti-tank grenade launchers Ukraine receives homeopathic doses from the USA - several dozen units.

Given this fact, as well as the vast experience gained by the United States in the field of behind-the-scenes military-political and military-technical partnership, it is quite possible to assume that the saturation of the Ukrainian military-industrial complex with American specialists, including those of higher qualification, may be related to the plans of strengthening the military potential of Ukraine. Which will be provided, mainly, due to imitation of independent Ukrainian efforts as a cover for large-scale transfer to the Kiev regime of the American military technologies and the corresponding equipment.

In order, as far as setting up their production in Ukraine, to be able to maintain the illusion that new types of weapons are, entirely and completely, the result of the work of local scientific-design and production personnel.
One example of such an indirect interaction is supposedly the entirely independent development by Kiev of the operational-tactical missile complex “Thunder-2”, which Saudi Arabia suddenly needed so much that it even fully paid for its development. Meanwhile, the secret of Polichinel is that the Saudi monarchy is one of the most loyal geopolitical vassals of the United States and it is not the first to fulfill the most delicate tasks of its strategic "ally".

It is difficult to say which “Ukrainian” developments will be further initiated by overseas advisers. But it is quite obvious that, taking into account the overall military-technical backwardness of the current “Ukrainian army,” such efforts will be focused primarily on the development of high-precision systems weapons, including cruise missiles and long-range ballistic missiles, reconnaissance, control and communications systems, as well as cybernetic means of warfare.

By the way, it is Ukraine, which is actually in a state of undeclared war with the Russian Federation, considered in the USA as the most convenient testing ground for practical tests and unlimited combat use of all types of modern electronic weapons and for organizing direct cyber attacks on the territory of the Russian Federation. Which, in fact, has already begun.

To solve very specific organizational tasks of this kind, the needy American managers from the Advanced Defense Research Agency of the US Department of Defense and other specific structures could have been needed in Kiev. And it seems that even the rather high risk to which these specialists are exposed, being in the zone of the military-political crisis, did not seem excessive to the Pentagon against the background of the importance of the tasks that were set for them.

From which it follows a logical conclusion that the American stake on the further build-up of the military power of Ukraine, sharpened by them for a long confrontation with Russia, is much more solid and ominous than it may seem, if we take into account only the almost anecdotal story with the notorious “Javelins ".