Talking helmet: Talk about "Javelinakh" has already broken the Russian military to rags

March 5 2018
128
The Ukrainian "speaking helmet" Dmitry Tymchuk, who was previously one of the "speakers of the ATO," reports on the nuances of supplying Ukraine with Javelin anti-tank missile systems from the United States. According to Tymchuk, Ukraine’s ATGM Javelin will receive "for free." From a note of Tymchuk on Facebook: 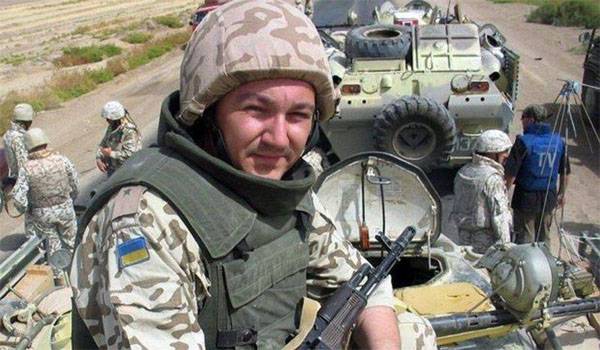 Tymchuk:
That is, in spite of the wild criticism and opposition of many of our “experts” (including those who position themselves as “patriots”), Ukraine will still receive modern anti-tank systems of the last, third generation. Why were these moans and cries that "Ukraine" Javelins are not needed "is not clear until now. For a warring country weapons It does not happen much, especially when it comes to modern high-tech weapons, and at the expense of the helping party. The military-political significance of these supplies — and this, obviously, is paramount — cannot be spoken at all, it is so obvious.

At the same time, according to the state defense order, the Ministry of Defense will purchase a large number of Ukrainian-made anti-tank missile systems this year. So the argument is like “we do not support our defense industry”, its authors can use for their intended purpose.

However, we note that it was talks about the supply of American "Javelins" that broke not only the Kremlin, but also the Russian military in the Donbas for rags.

The statement about the "break the Russian military on rags" - no comment ...

By the way, Mr. Tymchuk, like the Ministry of Defense of Ukraine, is delicately silent about the important nuance. Before the United States decided to supply Ukraine with the Javelins, Kiev sent its state reserves to the United States of America in the amount of 1 billion dollars.

Ctrl Enter
Noticed oshЫbku Highlight text and press. Ctrl + Enter
We are
US Congress approves Georgia's sale of Javelin ATGMTalking helmet: "Javelins" were not given to us, but this is not a tragedy
Military Reviewin Yandex News
Military Reviewin Google News
128 comments
Information
Dear reader, to leave comments on the publication, you must sign in.