March 3 2018
463
The Avangard strategic complex, with a hypersonic planning and maneuvering warhead, has been put into mass production, reports RT with reference to a military diplomatic source.

It is time for our Western partners to realize a new reality. Russian "Daggers" are already in the army. A "Avangard" launched into serial production
- said the source 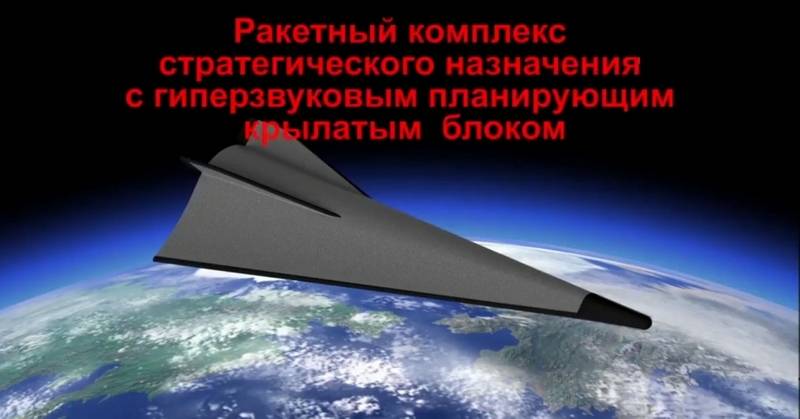 According to him, no one, except Russia, has a hypersonic weapons no.

As for the cries from the West about Russia's alleged violation of the Treaty on Medium and Small-Range Missiles, all this from despair. There is no sense for Russia to violate the INF Treaty. New weapon does not fall under its action
- added a source.

He noted that it is necessary to understand that Russia "has the newest ocean multi-purpose system with autonomous underwater vehicles."

Russia has the newest avant-garde hypersonic strategic complex. Russia has a "Dagger" and other ultra-modern weapons systems, which Putin said. And high-precision weapons of the new generation are already on combat duty
- stressed the source.

He also called on the West to "realize all this" and sit down at the negotiating table.

Agree on comprehensive security, not saber-rattling and not violating parity, as the United States and NATO have been trying to do for many years. Actually, Putin himself said the best about it: “Didn't want to listen to us then? Listen now »
- he concluded.

Earlier, the commander of the Strategic Missile Forces (RVSN), Sergei Karakaev, said that the Avangard complex was an effective response to the deployment of US missile defense systems