March 1 2018
100
Before the First World War, the West made mankind happy with the "gunboat policy", that is, the policy of blackmail from the standpoint of the most advanced at that time weapons - gunboat. They were driven to the shores of countries that refused to accept the then Western values ​​in order to give them a chance to choose peace. It was a kind of prelude to the First World War. 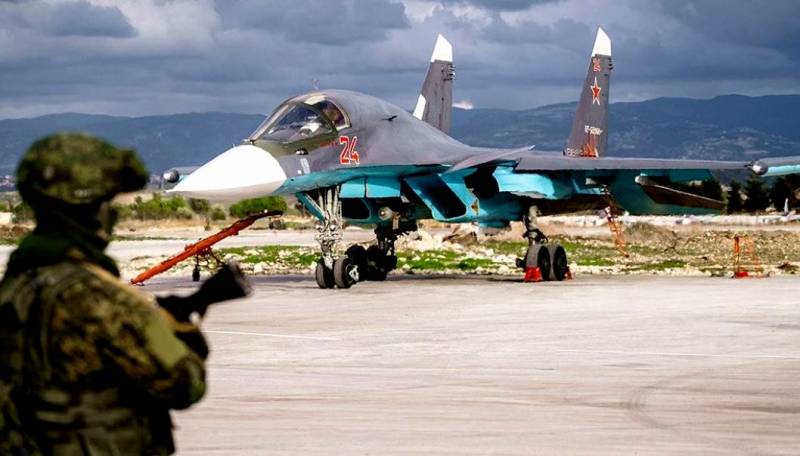 In other words, the "gunboat policy" was a way of bringing non-Western countries into colonial dependence on Western countries until the US Vietnam War. Today, the United States, in fact, is returning to this old colonial practice with the help of a new nuclear doctrine that permits the use of tactical nuclear weapons to protect US interests around the world.

Experts in the studios argue that the main thing in this doctrine is the theoretical "lowering the threshold for the use of nuclear weapons," the so-called "de-escalation by escalation." Now the United States allows itself to use nuclear weapons, with a capacity of only a few Hiroshim, to protect their interests and supposedly their satellites around the world, de-escalating "bad" local conflicts and wars with nuclear weapons.

Prior to that, Washington planned to use nuclear weapons only in the event of an external attack on the United States or on its military allies. The Russian nuclear doctrine speaks of protecting Russia in the event of a threat to its existence. The Chinese nuclear doctrine comes from the same. Feel the novelty of American nuclear strategy. Where is the "gunboat policy" here?

We pose the question differently: who is the new nuclear doctrine of the United States to frighten? Far from Russia, as by tradition, many, including experts, think. And not China. These countries have their own “nuclear gunboats” in sufficient numbers to frighten America itself. Washington will frighten non-fully non-nuclear countries, as well as its vassals and poluvassals, with nuclear weapons, so that they do not even think to threaten “American interests” by changing the “correct” political and economic orientation. Since in the usual "gunboats" potential victims have already pulled up to the American level.

The events of recent years show that in the Middle East and the Far East, the United States is no longer able to “bomb into the world” with conventional weapons, and they are everywhere stuck. By provoking the “bad wars” that the United States can do very well (take the same war with ISIS or with Syria Bashar al-Assad?), According to the new nuclear doctrine, the US can use small nuclear munitions in them for de-escalation.

In fact, this is the old “politics of the gunboats” in the new edition, or the policy of “nuclear gunboats”, and it may become the prelude of a nuclear world war. There is a complete analogy. In other words, the United States is moving to a new phase of colonization of the world through the threat and use of nuclear weapons. What follows from this, what can it do already tomorrow, what our experts do not say?

First, the new US nuclear doctrine resolves nuclear strikes on North Korea and on Ukraine in order to extinguish “hot spots” there, and Russia and China should not, as it were, use US nuclear weapons in response, because their territory is not directly affected.

In general, the new US nuclear doctrine allows the use of nuclear weapons anywhere, if the United States considers that the conflict situation arises somewhere is not resolved in their interests. Imagine that American interests will be threatened in Europe, for example, in France and Germany, anti-American governments will come to power, and weapons riots will begin there. Will Russia “fit in” for France and Germany if the USA uses small nuclear weapons to de-escalate the riots?

After all, there can be no guarantee that even the main American satellites will forever be dependent on America, therefore, just in case, they are already being preemptively accused of their possible change of course, allegedly undermining their “democracy”, although it is not clear how.

In general, it is strange that the US satellites, in fact - the colonies, believe that they are under the protection of the United States. What do they think? Do they seriously think that the United States will risk a war of annihilation with Russia and China for the sake of keeping the local “sixes” in power in their colonies? If they suddenly stagger?

It is easier for the United States to de-escalate them under some kind of “false flag” so that they don’t go to anyone at all, as the new US nuclear doctrine suggests. By the way, the USA has repeatedly done this with its satellites, they have just surrendered many of their long-standing “sixes” in North Africa and the Middle East to the alleged “chaos of color revolutions”.

The greatest threat to Washington’s nuclear doctrine is probably North Korea, whose nuclear potential is very small, and gives rise to “de-escalation by escalation.” Of course, Russia, China and South Korea are close by with Japan, but on the other hand, now everyone and everything is close by, and the world, and most importantly, Russia and China, should be taught the new nuclear world order.

By the way, Syria is protected by Russian military bases better than North Korea with its nuclear potential. It can be expected that huge demand in the world will soon appear on the Russian and Chinese military bases, and they will still have to pay extra for their deployment.