Global ranking of countries for military power for 2017 year

February 27 2018
15
The other day, experts from an international analytical group published a rating of the world's armies in terms of the level of military power Global Firepower (often also called the analytical structure itself). The level of military power was determined by the classification of the mentioned group. The index of military superiority of some armies over others has been published recently annually and takes into account such indicators of the armed forces of different countries as the ratio of the number of armed forces to the population of the country, the composition of the Air Force, Navy (Navy), tanks, as well as the volume of the defense budget. It is important that the level of military power in this case does not take into account the country's possession of nuclear potential.


In total, in GF rating 133 countries of the world, the army of each of which is assigned a certain coefficient. And in this case, the principle of inverse proportionality works: the lower this coefficient, the greater is the total power of the armed forces of this or that state.

The first three countries in terms of global power in the considered rating is as follows.

At the first place - USA. The declared indicators: coefficient 0,0857, population - 323,9 million people, the number of armed forces - 2,36 million, of which 990 thousand are reservists. Number of funds aviation - 13762 airplanes and helicopters, of which 2296 are fighters, 947 are attack helicopters. The total number of tanks in the US Army is 5884 units. The strength of the warships of the US Navy is 415, of which 19 are aircraft carriers and 70 are submarines. The defense budget of the American army, as is known without the drafters of this rating, can not be compared with the military budgets of other countries of the world. Its total volume, named in Global Firepower for 2017, amounted to $ 588 billion. And this is only the "unclassified" part of the Pentagon treasury.

In the second place ranking compilers place Russia with a factor of 0,0929. Russian population figures (indicated about 142 million people) differ from official data in the Russian Federation due to the fact that foreign analysts continue to pretend that Crimea is not part of Russia.

Indicators for the Armed Forces of the Russian Federation in Global Firepower: the number of members is as much as 3,37 million It was decided to include all those who are not only in the personnel of the Armed Forces of the country, but also reservists, plus civilian personnel. The immediate staffing is indicated at the level of 798,5 thous. Military personnel. Just a few days ago, information was published about the full strength of the RF Armed Forces, according to not foreign experts, but directly to the RF Ministry of Defense. The statistics (TASS Global Firepower publication) is actually this: 1 million 13 thousand 628 military.

As can be seen, the variation with the data of foreign "partners" differ not only in population, but also in the size of the Armed Forces themselves. 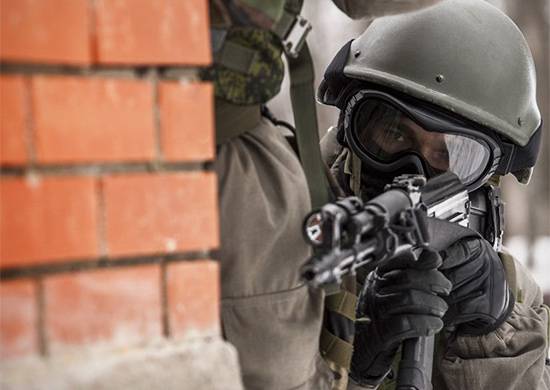 The statistics in Global Firepower for Russia further: aircraft - 3794, of which 806 fighters, 490 attack (attack) helicopters. Number of tanks: 20216. Number of warships in the Navy navy: 352, including one aircraft carrier cruiser (Admiral Kuznetsov) and 63 submarines. The military budget of the Ministry of Defense of the Russian Federation in 2017 was estimated at $ 44,6 billion.

Closes the top three - People's Republic of China. The coefficient in this case is 0,0945. The specified population is 1,373 billion people. The number of PLA (People's Liberation Army of China) - 3,7 million, of which 1,45 million are indicated as reservists.
The number of military aircraft in China is 2955, of which 1,271 are thousands of fighters and 206 attack helicopters. If you believe these statistics, the Chinese army caught up and overtook the US Army in terms of the number of fighter aircraft, and it overtook almost 50%. This information from Global Firepower conflicts with information in Chinese official sources. The Chinese themselves say that the number of fighters of various modifications, including the Russian Su-27 and Su-30, is no more than 950 units, of which about Chengdu J-500 are near 7. Wikipedia gives almost 1,5 thousands of fighters, including in the total number of aircraft and aircraft, which are not physically in the PLA Air Force, but have contracts under which.

The number of tanks in the Chinese People’s Liberation Army, according to the compilers of the considered global rating, 6457. The number of warships is 714. If you believe this value, it turns out that China’s combat fleet is almost twice as large as the naval composition of the US Navy. It is specified that among these 714 combat ships 1 aircraft carrier, 51 frigate, 68 submarines, 35 corvettes, etc. The Chinese defense budget is said to be 161,7 billion dollars. Official statistics on the defense budget, published by Chinese media, is as follows: 151,8 billion dollars.

In the top five in military power, such countries as India (4-place) and France (5-e). It is noted that the population of India is about 110 million less than the population of China, while the total number of armed forces, including reservists, is declared at the level of 4,2 million people, which is half a million more than in China. The Indian defense budget exceeds the Russian and is approximately 51 billion dollars. For comparison: the military budget of France with 5-th declared line on military power amounted to 2017 billion US dollars in the 35 year.

The places from 6 to 10 are distributed as follows: Britain, Japan, Turkey, Germany and (quite unexpectedly) Egypt. At the same time in the section "Egyptian Navy" indicated the presence of two aircraft carriers. Speech on the helicopter carriers that France sold to Cairo after the notorious stories with sanctions against Russia. The presence of these ships, according to the compilers of the rating, allows Egypt with a military budget of 4 billion dollars and 454 thousand personnel soldiers to get around in the rating, for example, Pakistan и South Korea.

The compilers of the rating set 15 position Israel, noting that the military budget of this country is one of the most impressive per capita in the world. With a population of 8,1 million people and the number of military personnel in 168 thousand people, the budget is more than 15,5 billion dollars.

North Korea gave 23 a place (and why, then, the United States, Japan and South Korea shudder? ..). And at the most "cool" army of Europe - Ukrainian - 30-I position. By military power Ukraine appreciated so that the APU is already on the 14 st positions above the army Syria, on 19 lines above the army The Republic of Belarus and on 28 above sun Of Azerbaijan.

In general, the rating gives a great convention, although objective things are also present in it.