Again, the "threat" has changed. Now in the United States are not afraid of Russian, and the Chinese

February 26 2018
30
In the US, they like to put Russia as the main enemy of the United States. But not Russia, but China - the greatest threat to America! Where does the information come from? So says Carlson! 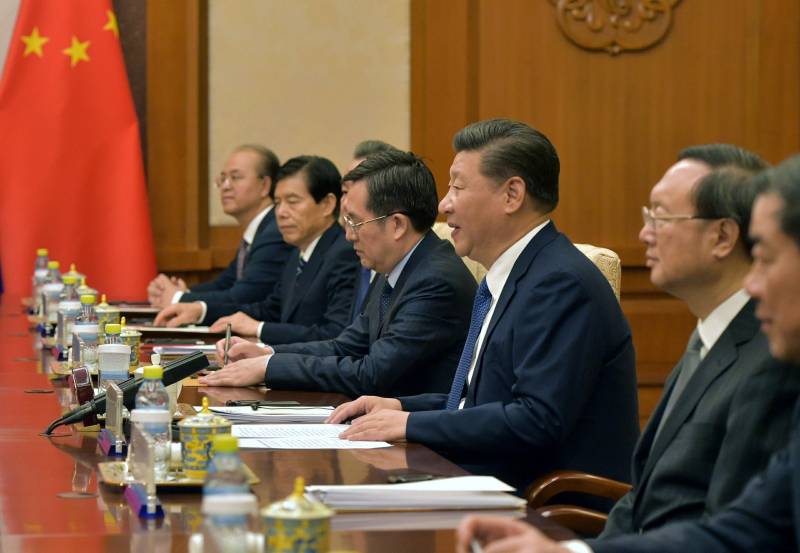 As suggested by the popular Fox News TV channel Tucker Carlson, whose opinion leads "InoTV", the main enemy for the United States is not Russia, but China. It is enough to look at “Beijing’s subversive activities” directed against America, and everything will become clear, he believes.

Russia attacked American democracy, Russia intervened in the elections, Russia is the main threat to the United States, etc. All this is broadcast on American television. But is it true? Such a question asked Carlson.

According to the assurances of the director of the FBI, a certain country uses both students and professors of American universities for espionage. Is that, Russia? No, it does China. China! 350.000 Chinese students study in the USA!

Some country hacked into HR service and got access to millions of personal files. Russia? No, again, China.

The economy of this country is about to become the largest in the world. Russia? Well, do not make me laugh. Russia is just a third world country compared to China.

So who is a big threat to the USA?

And Carlson is laughing.

About the same, we add, says the journalist Roger Kimball in the magazine «Spectator». As long as the US is yelling about the Russians, China is slyly expanding its network of influence. But the American elite do not even see it.

“Forget Russia. For the United States, China is the real threat, ”the author quotes. "InoTV".

Artificial archipelago built by the Chinese in the South China Sea and packed weapons- here you are “China’s blatant attempt to expand its territorial claims and secure its hegemony in this part of the world.”

And here's another thing: messages about the military and technological successes of China go to the press every day. One well-known site has already warned that the domination of the United States in the field of military technology is a foregone conclusion.

China is becoming an expert in the use of "soft power". And where is? IN USA! American universities already have Confucius institutions. These are cultural centers sponsored by the Chinese government. "They are not only potential shelters for spies, but also the mouthpieces of the Chinese government, aimed at promoting the party line," writes the author of the article.

Thus, we note that while the congressmen and the Trump administration are making strategic appeals, passing sanctions laws, and the Pentagon insists on increasing the military budget, including millions of dollars against the “Russian threat”, the Chinese guys are quietly penetrating here and there in the holy United States saints . Their intervention, about which the major press and television narrates, is perhaps not as noticeable as the intervention of the Russians, advertised in the States worse than Coca-Cola. But the result after ten or twenty years will be such that people will begin to forget about the former power of America.