Project "ZZ". With the Russian kings need to get tough!

February 21 2018
131
Donald Trump pointed to his intransigently tough position on Russia. Like, he's not some Obama there. The hard-hitting trump was spoken by press secretary Sarah Sanders, who told the world that her boss in the White House treated Russia "much tougher" than Mr. Obama did in all eight years of government. Trump and his team do not take the current Russia under any sauce, and therefore they arm Ukraine and fill weapons European NATO states. Western analysts explain the hard line by the fact that the “tsar” rules in Russia, and the current Russian era is even darker than the era of the Politburo of the CPSU Central Committee - at that time decisions were made collectively. 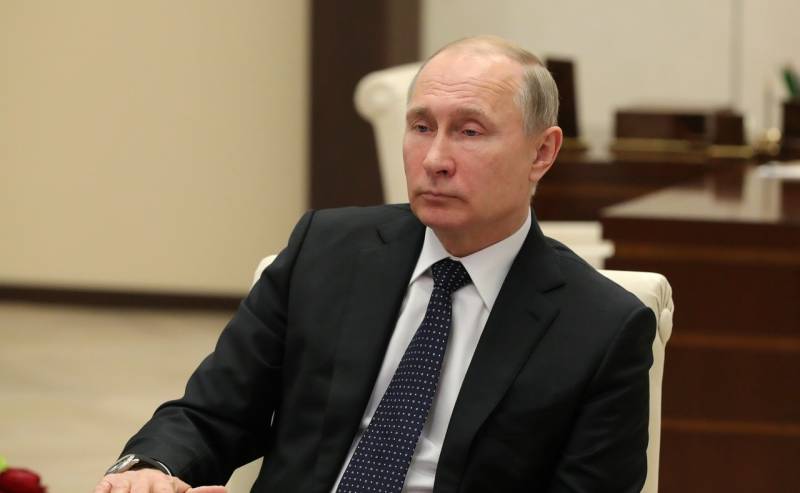 The President of the United States, in his outrageous style, walked around Obama and his former administration and said that he himself, Trump, was taking a much tougher stance towards Moscow. Trump reported this to the world through Twitter.

According to Mr. Trump, Obama "thought that dishonest Hillary was going to win, and he [Obama] did not want to rock the boat." However, it turned out that the electors "easily won" Trump. And then "the whole game has changed," and the Democrats began to justify themselves "Russian."

A few days earlier, Mr. Trump accused his predecessor Barack Obama of not preventing "Russian interference" in the elections. The mention of such an intervention is probably related to the latest scandal in the United States, when the Justice Ministry and the jury recognized twelve Petersburg trolls, as well as restaurateur Prigogine, by the very persons who carried out the “intervention”.

Not only President Trump declared toughness against Russia. His official spokeswoman, Sarah Sanders, developed the topic on the same day at a briefing at the White House.

"In his first year [as president], he [Donald Trump] showed himself much more harshly towards Russia than Obama during all his eight years," the channel quoted Sarah Huckabi Sanders. "CBS".

The channel mentions in this connection the high-profile case of “thirteen Russian citizens”, which, along with three organizations (including the Petersburg “trolley factory”), were blamed by special prosecutor Robert Muller. All thirteen defendants were accused of “intervening in elections” in 2016 and in conducting “information war against the United States” (quoted by Deputy Attorney General R. Rosenstein).

At the same time, it is noted in the material, President Trump “ambiguously” criticizes Russia and its President Vladimir Putin. For example, the other day he “attacked” Mr. McMaster, his own national security adviser, who told the public about Russia's intervention at the global security conference in Munich.

"The evidence is irrefutable," said McMaster. And Mr. Trump said later that Mr. McMaster "forgot to say that the results of the 2016 election of the year were neither affected nor changed."

Sarah Sanders also said that Mr. Trump does show a tougher approach to Russia than Mr. Obama: after all, Trump supported the sanctions imposed by President Obama, and also signed legislation requiring the introduction of new sanctions. True, these sanctions have not yet been introduced.

Some foreign analysts explain the hard line with respect to Moscow by the fact that the “tsar” rules in Russia. The current epoch in Russia is even darker than the Soviet epoch of the Politburo of the Central Committee of the CPSU — at that time decisions were at least taken collectively. Now, only Putin decides everything. 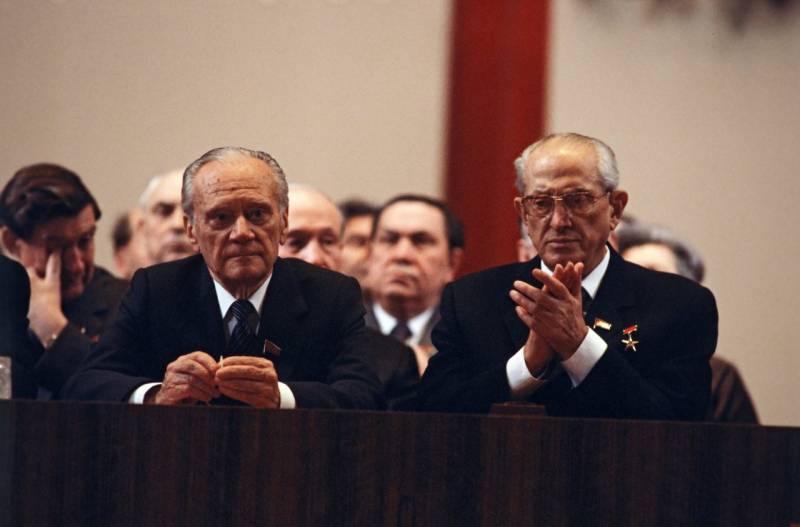 Yuri Andropov, the beginning of 1984

On the subject of the new Russian tsar, Michael Thumann argues in the influential German newspaper «Die Zeit». His material begins with a promising phrase: “Das russische Reich hat wieder einen Zaren” (“The Tsar is Again in the Russian Empire”). His empire is television. “Tsar” managed to completely disable collective thinking in the empire. Such is the “Putin system”.

Not so long ago, Putin declared the collapse of the Soviet Union the largest geopolitical catastrophe of the twentieth century. But after all, the USSR (the Country of Soviets!) Is inherently completely alien to the one-man Putin. Putin rules Russia not at all as a Soviet leader.

Michael Tumann recalls that under the "dictatorship of the proletariat" the carrier of powerful collective thinking was the Politburo. That is not one person. The Politburo included people who were not elected by the people, but who made decisions collectively.

Not at all mister Putin. This ruler depicts electoral "democracy" in the country, and in the meantime "rules alone". According to Tuman, Putin even "avoids the Kremlin." Behind the walls of red brick, he just made the scenery for receptions on the occasion of the arrival of foreigners. He prefers to hold personal meetings in Novo-Ogarevo and in the Konstantinovsky Palace near St. Petersburg. "Sochi palaces" are also suitable for this.

Minutes of the meetings are not kept, Putin prefers an informal atmosphere, and he likes to announce decisions himself, continues the journalist.

In the USSR, it was different. Then there were the Politburo and the Committee itself, the Central Committee of the CPSU. For these party institutions, the protocols were mandatory red tape. After Stalin’s death, Soviet leaders gathered at meetings of the Presidium, which consisted of twenty-five people. They were appointed by the Central Committee. Later, the Russians returned to the form of meetings not of the Presidium, but of the Politburo. What is important here is not these formal changes, but the essence: decisions were made collectively at that time. And after Stalin, and after Khrushchev, the “triumvirate of functionaries” rules in the Union, writes Tuman. It was a series of "equal leaders" in some way. And later, when Brezhnev reigned, power in the Union was concentrated in his hands: he had more power than the chairman of the Presidium of the USSR Supreme Soviet Podgorny or the head of the government Kosygin. 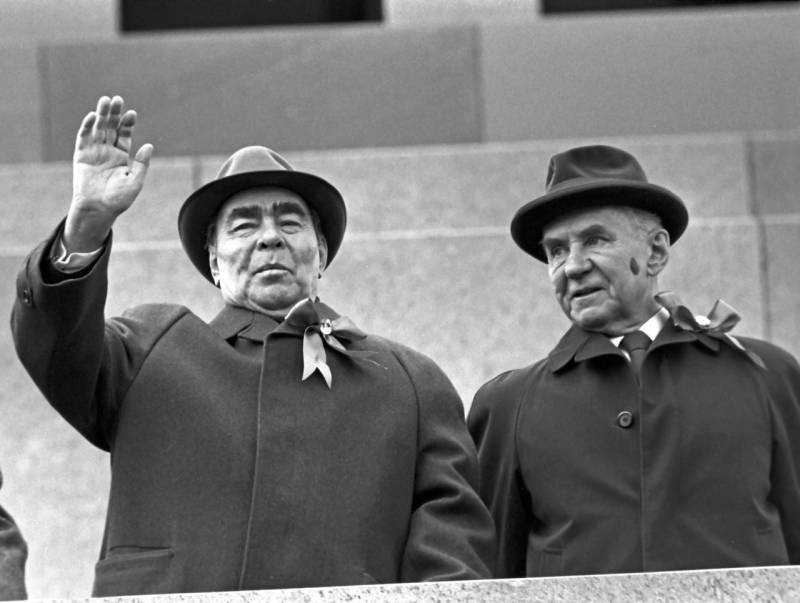 But even Leonid Brezhnev did not rule alone. In foreign policy, the most important decisions were made, for example, by an experienced minister, Andrei Gromyko. In addition, Brezhnev constantly hesitated between different forces in the party and the government and made decisions not one but in the circle of members of the Politburo, as well as his advisers. An example of a collective decision is the decision of 1979 of the year to introduce a limited contingent of Soviet troops in Afghanistan.

But the “decision to annex the Crimea,” the German author further reports, was taken personally by Putin.

The Russian president generally loves to show his “determination”: then he “pacifies” the oligarch, then “makes a suggestion” to the bureaucrat — and all this, of course, in front of the television cameras. Russian television regularly shows this. And in this, Tuman believes, Mr Putin leaves the Soviet canon and resorts to the imperial tradition. He portrays himself as a "good king", concerned about the welfare of the people. It is he, Putin, who puts the presumptuous "bad boyars" in place.

It’s funny that the favorite front of activity for Putin is not foreign policy, but foreign policy. Putin, the journalist points out, wants to be judged by decisions not internal, but external. There is, of course, Minister Lavrov, but he is only a “good performer” of Putin’s policy. This is not a man like Gromyko, who knew how to "bend his line." And therefore, in foreign policy with respect to, say, the United States, Europe, China or Ukraine, everything depends “on one Putin.” As for domestic politics, he is “bored” in it, the author mocks. And, as a former political adviser to Putin, political analyst Gleb Pavlovsky, correctly notes, the crisis in the country, the economy, budget problems — all this is not interesting for the president. Putin “in case of something” should always have the opportunity to inform the people: they say, I “did not know about anything like that”. That is why in Russia the necessary reforms are not carried out.

Finally, there is no ideology behind Putin. In the Soviet Union, the personality of the leader meant far from everything: the CPSU and the ideology of Marxism-Leninism existed. Both the party and the ideology experienced the personality cult of Stalin. Already later, after Khrushchev, the Central Committee and the Politburo built a structure that prevented the adoption of early political decisions. And as a result, the USSR over the past three decades of its stories became predictable, including in foreign policy, as evidenced by international treaties.

But Putin, according to Tuman, is moving "in the opposite direction." State institutions in Russia lack meaningfulness: they are emasculated and, in fact, replaced by “personal relationships.” Does anyone consider the Russian Duma a real parliament? And what is United Russia, if not a one-day firm? And where is the ideology? Instead of Marxism-Leninism, now only loyalty to Putin: it seems like “there is no alternative to Putin”. As a result, the country has reached the point that if Putin’s few days are not shown on TV, “everyone is starting to worry.” Not so much for the “missing” president, but for the country itself!

That is why the West is pursuing a “hard line” against Russia. It turns out that it is not Mr. Trump who is considered unpredictable, but Putin, who likes to make decisions alone, without protocols, extra witnesses and in special rooms. If during the Cold War, the United States and Western Europe learned how to conduct diplomacy with the Russians, then under Putin, this skill somehow absorbed itself in history.

The “hard” line, from which the United States will not retreat, is explained by the fact that Western experts and politicians, including the militarist Trump, have no doubt: for the next six years, the Tsar will rule Russia again. Obviously, he will next appoint a successor - after all, this is the custom of the current kings.

With such an unpleasant Russian behavior, Washington remains only a monotonous harsh reaction. And this means that the United States and the European Union do not have an exact, appropriate strategy for contemporary Russia. This can be proved by the fact that Trump with respect to Russia as a whole is copying Obama’s policy - the policy of endless sanctions, conflict diplomacy and the armament of Europe. Scolding and calling Obama and members of his team, Trump does exactly the same thing in foreign policy.

Ctrl Enter
Noticed oshЫbku Highlight text and press. Ctrl + Enter
We are
Situational analysis of the death of the MH17 flight (Malaysian Boeing 777), made on the basis of engineering analysis from 15.08.2014Results of the week. "God forbid to see Russian revolt, senseless and merciless!"
Military Reviewin Yandex News
Military Reviewin Google News
131 comment
Information
Dear reader, to leave comments on the publication, you must sign in.