February 19 2018
51
The air defense units of the 58 th Army Armed Forces conducted exercises to repel air strikes of a conditional enemy. The exercises were held on the territory of the Republic of Dagestan. To repel blows, Buk-M3 anti-aircraft missile systems were used. From the report of the head of the press service of the Southern Military District (Southern Military District) Vadim Astafyev:
According to the design of the exercises, on-duty calculations revealed a mass approach aviation conventional enemy to the point of basing ships. The Buk-M3 air defense division immediately took on the air threat and destroyed the targets when they entered the Caspian zone of responsibility flotilla. 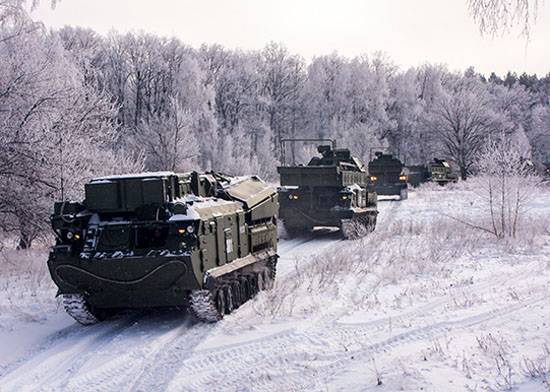 The highly mobile multi-purpose Buk-М3 ADMS is used to destroy all types of aircraft, also for firing ground-based radio-contrast targets and hitting surface targets in the face of intense fire and electronic countermeasures from the enemy.

Ctrl Enter
Noticed oshЫbku Highlight text and press. Ctrl + Enter
We are
New ships and missiles: the shock power of the Caspian flotillaPerspective radar "Podlet-M-TM" was tested and ready for duty
Military Reviewin Yandex News
Military Reviewin Google News
51 comment
Information
Dear reader, to leave comments on the publication, you must sign in.