More than 1,6 Thousands of servicemen moved to the training ground in North Ossetia 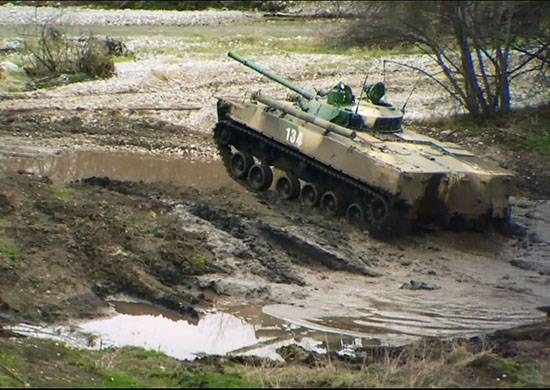 More than 1,6 thousands of servicemen took to the Tarskoe range, more than 300 units of combat and special equipment were involved,
says release.

It is reported that “at the combined-arms training ground, servicemen of motorized rifle and tank subdivisions will work out the procedure for conducting combat training operations with the performance of training exercises for platoons at a distance of up to 4 km from all types of standard weapons. "

In addition, the military will perform exercises on the conditions of tank biathlon and biathlon on the BMP.

The firing will be carried out “from the armament of T-90 tanks, infantry fighting vehicles BMP-3, automatic AGGS-17 and RPG-7B grenade launchers, as well as small-arms weapons, Added in the county.

Ctrl Enter
Noticed oshЫbku Highlight text and press. Ctrl + Enter
We are
The weekly summary of 9-15 December about the military and social situation in the DNR and the LC from the military men "Mag"Weekly summary of November 4-10 on the military and social situation in the DPR and LPR from the Mage military officer
Military Reviewin Yandex News
Military Reviewin Google News
6 comments
Information
Dear reader, to leave comments on the publication, you must sign in.