The worthless guests of Vladimir Solovyov 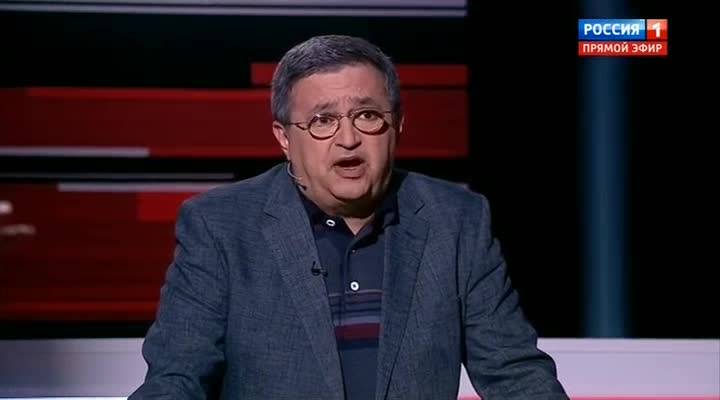 Playing negative characters is often harder than positive ones. An intelligent and therefore deadly “enemy” who is looking at the screen should force the viewer to freeze with fear, worrying about the fate of the main characters.

In “Seventeen Moments of Spring”, the role of the fascists was played by the best Soviet actors: O. Tabakov (Schellenberg), J. Vizbor (Borman), L. Bronevoy (Muller). The film became a cult work of the era, which was watched by the whole country. In other films the fascists played less well-known, but always very talented actors. Such as A. Masiulis (“A man in civilian clothes”, “If the enemy does not surrender”), who managed to create on the screen an image of a truly clever and ruthless opponent. 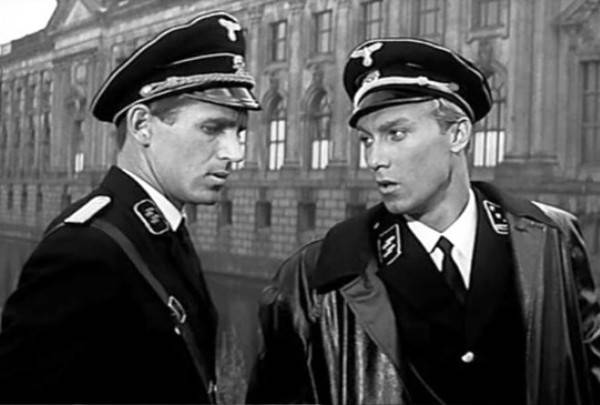 Who would have watched “17 Moments” if the jesters played the roles of Muller and Schellenberg? Who is interested in such a film? And how then to explain to the viewer: who fought for four years, and why is the Victory so expensive?

Unfortunately, this performance has become possible and has the highest ratings in our time. “Evenings” with Vladimir Solovyov are a sample of that low-grade show in which the presenter and the audience “kick” one of the participants. But for general fun, instead of a real adversary, the camp of the “enemy” represents total nonentities.

Inviting such “experts” as Grigory Vinnikov is a demonstration of disrespect for the audience. A character from the initially tarnished reputation of a “traitor-emigrant” - this is how it looks in the eyes of the Russian public, not possessing any knowledge, factual or oratory.

To play in a foreign field, in a hostile environment, strong nerves and a quick mind, combined with politeness of a diplomat, are necessary. The answers are concise and clear. Every bad word will be used against.

Commenting on the last scandal with the triumphant removal of Vinnikov from the air, let us ask ourselves: what did this character do in the program? Hero warriors are inviolable. This should be understood by any adult, adequate person. Desecrating the memory of fallen soldiers, you can only achieve public hostility and become persona non grata.

So where did Vinnikov go with his ridiculous opinion? "... I went to war, to give the land to the Shiites to the Sunnis."

If he had any questions or just wanted to add a fly in the ointment, what prevented him from finding a better time? The subject of the Syrian confrontation is an inexhaustible source of controversy. Many conflicting points. Come in the evening of the next day and ask a question about the continuation of hostilities and military losses aviation, two months later, after the official announcement of the end of the operation against ISIS (ISIS, a terrorist organization, is banned in Russia).

Soloviev and the experts in the studio could immediately explain to the “dull-witted American,” and at the same time to everyone who is concerned about this issue: ISIS, as a centralized “state,” has ceased to exist. But there remain scattered gangs of militants, with whom the irreconcilable struggle continues.

However, Vinnikov did not find anything better than to senselessly insult the memory of the fallen pilot on the day of farewell to Roman Filippov. Just - pointless. At the wrong time and in the most offensive form.

Soloviev forced the cynical guest to leave the air. The audience exploded with righteous anger: an American, get what they deserve! Rating transfer soared to heaven.

It remains unclear what goals the “expert” Greg Vinnikov pursued? At best, he is simply stupid, but then the question arises to Solovyov: why does he invite such guests time after time for those who are interested in looking at it.

At worst - Vinnikov intentionally plays the role of a jester, because it is in this form that it is advantageous to Solov'ev.

"He was a fitter Vanya, but in the spirit of the Parisians he appropriated the title - electrical engineer Jean." (V. Mayakovsky.)

Are among millions of Western journalists, analysts, businessmen and economists could not find someone more decent? To speak at prime time on the central Russian TV channel, invite a real American who would be able to defend his point of view and not play up to Solovyov, demonstrating his inconsistency on all issues.

There is always a choice. Knowledge of Russian is not an indicator. Many foreigners, including quite well-known in the political and economic environment, they have close ties with Russia, they know Russian realities, Russian culture, and speak freely in Russian, sometimes even better than Vinnikov.

Yes, such a guest will not be able to shame at a convenient moment: “He left for sausage”. And a dispute with him will require some mental effort on the part of the presenter and the writers of the program. But the image of a real enemy with the repulsive appearance of a CIA resident and the cunning of a wolf on Wall Street could create the appearance of a discussion, adding to it a share of intrigue and increasing the information content of the program. There is no risk that the enemy will get out of control at some point and blurt out too much. Being the author, creator and presenter of his programs, Vladimir Solovyov is free to choose the most acute topics in which you can achieve a quick surrender of the enemy; the victory will always remain with the representatives of the Russian side.

Alas, Solovyov prefers to assert itself at the expense of the imbeciles. He openly sneers at the incompetence of his “guest” to the loud applause of the crowd. Instead of a full-fledged discussion, to which the program has a format, viewers see a one-actor theater in which the leader “kicks” his “American opponent” from all sides, scoring Vinnikov with knowledge and charisma. And the latter, in response, mumbles inaudibly, not having enough intelligence or wit to fend off Solovyov’s attacks.

The public needs an image of an “enemy” in which all the most disgusting expectations and stereotypes are concentrated. But you can not bring the idea to the point of absurdity!

Look at Vinnikova absolutely impossible. If that “probable enemy” looks like this, then what does all our efforts mean in the Cold War and its new round at the beginning of the XXI century? You can completely relax and not make any effort. 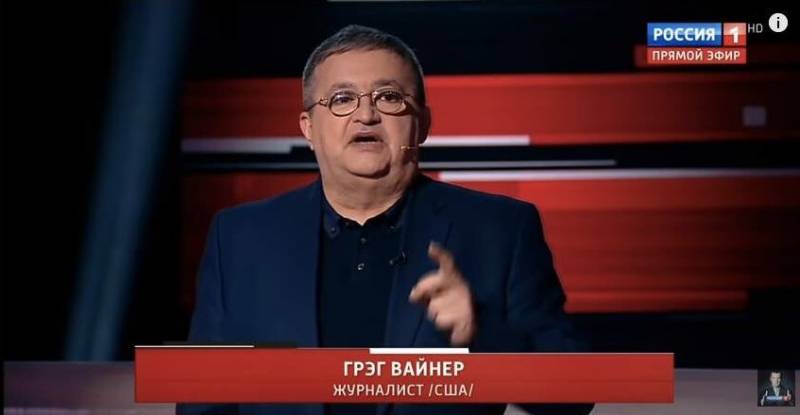 From the file of the "American journalist": Greg Weiner - a businessman who owned in the past his travel company in the United States. Real name and surname - Grigory Vinnikov. When an entrepreneur acquired many debts, he was forced to close his business and return to Russia, to his homeland. Currently lives in St. Petersburg.

Surprisingly, many do not notice the obvious. Most viewers seriously perceive Weiner-Vinnikov as an agent of foreign intelligence services sent to Russian television for ideological sabotage. To desecrate the memory of the heroes, and to questions about the evidence given by them figures on any issue, he smiled stupidly and answered: "It is written on the Internet." Gentlemen, such an “agent of influence” would have been rejected at the selection stage due to complete incompetence.

“Evening with Vladimir Solovyov” and his guests are not shown on CNN. And the State Department itself is hardly interested that some private person, a bankrupt businessman, appears on a television show in another country, discrediting the United States by his appearance in public.

Unfortunately, millions of Russians see the popular program of Solovyov. And if, instead of Vizbor and Armored, the role of enemies in it is played by such nonentities, it becomes alarming for the level of Russian journalism and the intellectual level of the wide audience.