Lavrov: Washington is trying to connect Poland and the Baltic countries to the transfer of arms to Ukraine

February 11 2018
62
Americans are trying to connect to the lethal transmission weapons to the Ukrainian authorities Poland and the Baltic countries, the “respectable” countries of Europe timidly object to such supplies, reports RIA News, a statement by Russian Foreign Minister Sergei Lavrov. 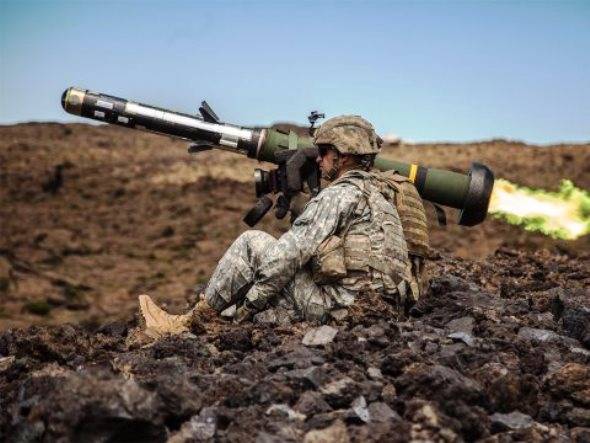 Europe is not silent, but quietly and non-publicly objects. According to our data, in conversations with the United States, they express disagreement in response to Washington’s insistence that Europe join in these supplies,
the minister said on the Russia 1 channel.

According to him, “the United States is already trying to lure into these their undertakings those countries that are marked by Russophobic tendencies — our Baltic neighbors, Poland are also trying to lure.”

According to our data, large, respectable European states understand the danger of such actions perfectly well and are trying to reason with their neighbors, because the Americans, together with the Canadians, have already engaged in these supplies. And this is regrettable,
Lavrov stressed.

During a recent visit to the United States, Ukrainian Defense Minister Stepan Poltorak said that at a meeting with the head of the Pentagon, James Mattis, he had reached a “complete understanding” on the issue of the transfer of American lethal weapons to Ukraine. According to him, the weapon will be transferred "in a timely and very thoughtful way."

Recall that last year the US government approved a plan to provide Ukraine with lethal weapons, including Javelin anti-tank missiles.