US increased number of reconnaissance flights in the Baltic

February 2 2018
17
Two American reconnaissance aircraft on Friday morning took off from Mildenhall airbase in the UK, heading for Russian borders in the Baltic, follows from monitoring data from Western aviation resources. 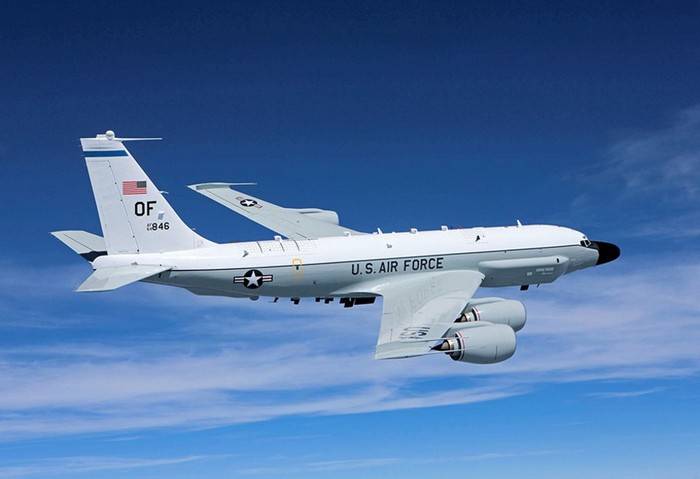 According to their information, the strategic reconnaissance aircraft of the US Air Force RC-135W and the US Navy P-8A Poseidon anti-aircraft patrol aircraft are involved in the upcoming hours-long operation.

Over the past four days, US military aircraft have been conducting daily hours of reconnaissance flights near the Kaliningrad region, and also conducted reconnaissance on Wednesday near the Leningrad and Pskov regions.

Since the beginning of the year, at least 14 American reconnaissance approaches to the borders of the Kaliningrad region, as well as two to the Leningrad and Pskov regions from Estonia and Latvia, have already been made, Interfax reports.

Ctrl Enter
Noticed oshЫbku Highlight text and press. Ctrl + Enter
We are
American aircraft conducted another reconnaissance in the southern BalticThe turning point in the Baltic sky: will we be able to fend off the hidden threat of the “watching” Rivet Joint?
17 comments
Information
Dear reader, to leave comments on the publication, you must to register.