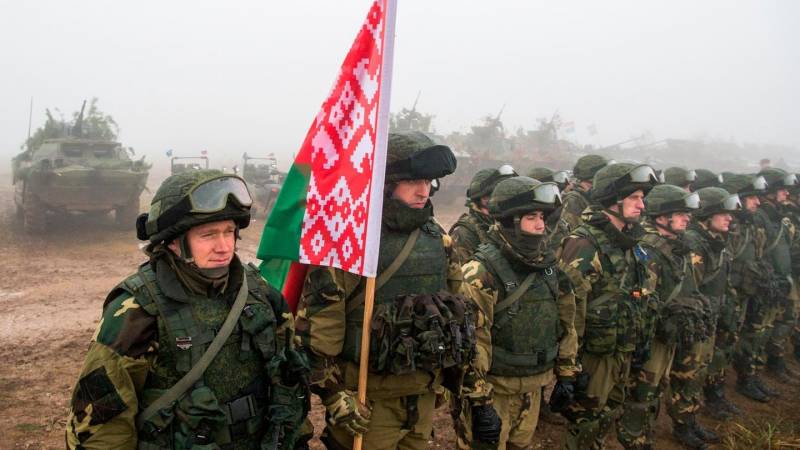 Today we can confidently state a fact - the Ukrainian conflict has fundamentally changed the geopolitical landscape of Eastern Europe, which undoubtedly made all states of the region reconsider their approaches to ensuring their military security.

The countries that are located directly on the eastern flank of NATO approached this issue with particular zeal. The Baltic countries and Poland rather quickly reacted to the “growing military threat from Russia” and actively began to increase the combat potential of their troops.

2017 year in this matter can be called the year of the implementation of the ambitious plans of the US and NATO to strengthen the presence of the Alliance units in the east of Europe. This is, first of all, the deployment on a rotational basis of the American armored and helicopter brigade, as well as the deployment in Poland and the Baltic states of four multinational battalion tactical groups of enhanced advanced NATO presence. Also last year, the storage started in the previous year in Western Europe of armaments and equipment of the armored division of the US Army. Numerous exercises were held with the participation not only of the Alliance countries themselves, but also of the neutral partner countries Finland and Sweden. The most ambitious of them took place in Poland, Latvia and Lithuania, as well as in the Baltic Sea. In general, since 2014, the number of NATO exercises near the western borders of Russia and Belarus has increased more than five times!

In addition, the military budgets of our Western partner countries are growing in a “geometric” progression. Thus, the plans of the Polish leadership in the coming 15 years to increase defense spending from 2 to 2,5% of GDP, which will be almost 15 billion dollars annually.

Over the past six years, Lithuania has more than tripled its defense budget; in 2018, it will be 1,1 billion dollars, 20% of which is planned to be spent on the purchase of weapons and military equipment. The total number of Lithuanian Armed Forces is about 13 thousand people. Belarus, however, spends about 65 million dollars a year on its Armed Forces, which number about 600 thousand people. Without exaggeration - crumbs compared with the military budgets of our neighbors.

Special attention should be paid to the efforts of Ukraine in preparing for "repelling Russian aggression". Despite all the economic difficulties, the leadership of Ukraine in the 2018 year planned to allocate 5% of GDP for military needs, or 3 billion dollars. Above this, 350 million provides for military assistance to Ukraine from the United States.

According to Ukrainian analysts, 2018 should be a breakthrough year - the armed forces will begin to receive new military equipment, in particular the BTR-4 and BTR-3 battalion kits, the first mass-produced vehicles, the Dozor light armored vehicles, the Kozak armored vehicles, which have been tested and used since the end of last year. Upgraded will also arrive. Tanks T-64 The delivery of the Alder missile system to the Ukrainian army is expected. In addition, the troops received a wide range of anti-tank missile systems - from the Corsair with a range of up to 2,5 km to the Stugny with a range of 5 km. And there are a lot of them, the number of complexes is measured in hundreds, and the number of missiles in thousands. According to experts, this is enough to strengthen the anti-tank component, without even recalling the American Javelin ATGM.

Nor should we forget about the Kiev-declared tests of the OGK “Grom” and a cruise missile.

It is also planned to begin the process of deep modernization of the MiG-29 and Su-27 fighters. According to the state program of development of the Armed Forces of Ukraine, before the 2020, the air force must upgrade its fleet and airfield infrastructure.

In addition to modernization and the purchase of modern weapons and military equipment, the APU is restoring the once-disbanded military units and units. So, from January 2018, XNUMX, a new tactical brigade was formed in the Air Force aviation. According to the press service of the Air Force command, one of the oldest aviation units was reorganized - a fighter squadron deployed in the village of Ozernoye, Zhytomyr Region. The newly created tactical aviation brigade is located 125 km from the Belarusian border and, according to average estimates, consists of at least 20 Su-27 fighters.

Together with the modernization of weapons and equipment in Ukraine, they don’t spare money for the military infrastructure - landfills, storage bases, barracks, roads, military camps. In 2017, the construction of three military camps was announced; in 2018, the task was to provide the 23 troops with a thousand new beds.

About 80 million dollars in the past year was spent on improving the material part of the training centers of the Ukrainian army. A significant amount of the claimed amount went to update the Desna landfill in the Chernihiv region, which is located in 35 km from the border with Belarus. This site is part of the Desna 169 training center, which also includes 6 military equipment parks on 1020 cars, 17 barracks on 5562 troops, 66 residential buildings on 2289 apartments and 93 storage. On the occupied area it is the third in the Ukrainian armed forces.

Despite the fact that the main places for holding international exercises in Ukraine are the Yavorivsky and Wide Lan lanes, it can be argued with high probability that after the Desna landfill is updated, international drills will be held near the Belarusian and Russian borders. 2018 year. For example, it can be the Ukrainian-American teachings "Rapid Trident - 2018", the multinational teachings "The Light Avalanche - 2018" or the Ukrainian-Romanian teachings "Riverian - 2018". It is logical to assume that the fighter jets of the newly created tactical aviation brigade, located nearby, can be involved in the international exercises “Clear Sky - 2018”.

On the scale of the planned exercises testifies law, recently signed by President Poroshenko. Thus, according to the document, in the framework of multinational exercises, it is proposed to allow the admission of US military units, other NATO member states (up to 3 thousands of troops with weapons and military equipment, up to six aircraft and helicopters) up to 365 days in January-December 2018.

In general, the events taking place in the Ukrainian army and, in particular, the increased participation of the United States and NATO member countries in the development of the Ukrainian armed forces, will not, but should draw the attention of the military-political leadership of Belarus to the southern borders of the state.

It is worth noting that the official Minsk should have turned its gaze to the South of the state yesterday, when in 2013, the operational forces of the North, rather than the North-West, were created in the armed forces of Ukraine, for example! Already at that time, the logic required the Belarusian military to create, by analogy, as part of the response, the Southern Operational Command of the Armed Forces of the Republic of Belarus with the deployment of its individual elements already in peacetime. After all, it is no secret to anyone that the Ukrainian direction is not covered by troops.

The situation is aggravated by a fall in the level of trust between Minsk and Kiev. Spying scandal and constant exchanges of diplomatic and informational blows led to a deterioration in relations. Suffice it to recall the Ukrainian information campaign to discredit the military exercise "West-2017". It is clear that the message came from Washington, but the sediment remained.

It is not known what the current political situation in Ukraine will lead to, but it is already becoming obvious that at least symmetrical actions aimed at ensuring the security of the southern borders are necessary, logical and logical.

Ctrl Enter
Noticed oshЫbku Highlight text and press. Ctrl + Enter
We are
What you didn't want to know about EnglandMilitary reform as an integral part of the security concept of the Russian Federation: Systematic dynamic assessment
36 comments
Information
Dear reader, to leave comments on the publication, you must to register.