January 31 2018
55
The Armed Forces of Ukraine advanced along the demarcation line in the Luhansk region, according to the website of the Ministry of Defense of Ukraine. As explained in the Ministry of Defense of Ukraine with reference to the "Military Television of Ukraine", the village of Novoaleksandrovka, Popasnyansky district of the Luhansk region, which is located in the "gray zone" on the line of demarcation, completely passed over to the control of the Supreme Soviet. 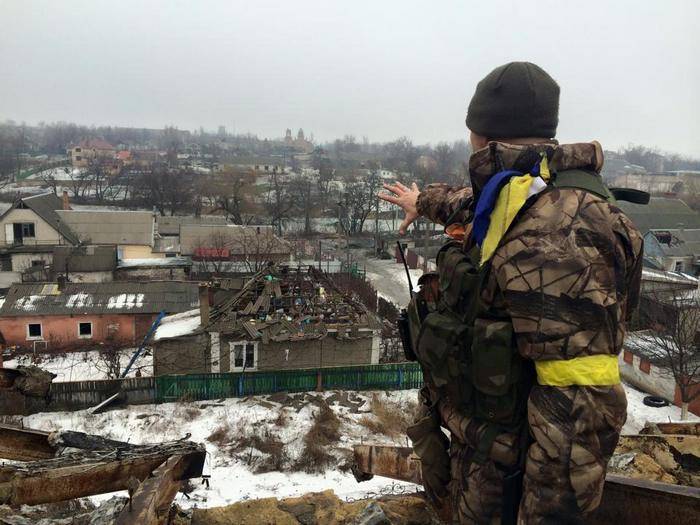 In the village we went a few days ago. The enemy, of course, from time to time tries to recover the lost. Snipers and riflemen work during the day weapon the other, at night, in places of fire from large-caliber machine guns. But we have already firmly grasped this piece of land, because it is a piece of our land. So we will continue further, little by little, but without stopping.
- stated in the MAT

It should be noted that the promotion of the Ukrainian military in the "gray zone" is constantly and directly contradicts the Minsk agreements signed by Ukraine. The leadership of the Supreme Soviet of Ukraine calls this process “creeping offensive” and tactics of “toad jumps”. The result of such an offensive is the convergence of the positions of the military People’s Republics of Donbass and Ukraine, which dramatically increases the chances of a worsening of the situation.

Ctrl Enter
Noticed oshЫbku Highlight text and press. Ctrl + Enter
We are
Reports from the militia of New Russia for 27-28 September 2014 of the year
55 comments
Information
Dear reader, to leave comments on the publication, you must to register.