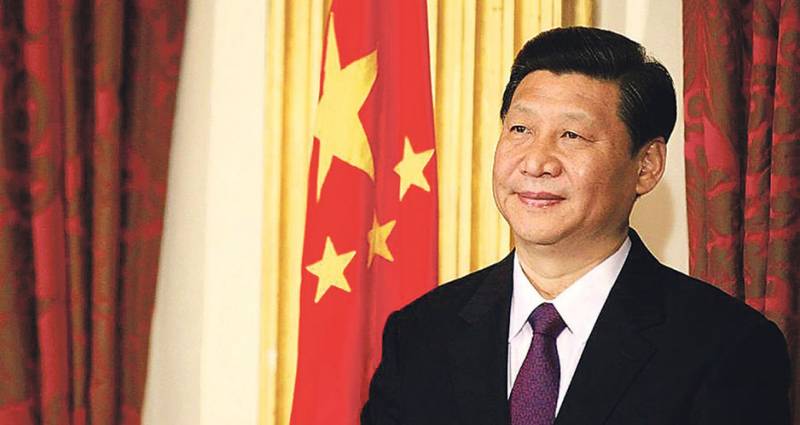 The situation in the People’s Republic of China can be characterized as a turning point, and the consequences can have an impact not only on the political appearance of the country's elite, but also on the fate of the whole Celestial. The possible third term of Xi Jinping as chairman of the PRC is discussed in the media and the expert community.

This requires an amendment to the constitution, which has changed over the past three and a half decades (from 1982 year) only four times. The third term will give C an opportunity to remain in power after the 2023 year. A sign of the coming changes was the II Plenum of the Central Committee of the CPC, which ended in January, at which top party leadership predictably came up with the idea of ​​changing the basic law, and the All-China People's Representatives Congress (NPC) will be able to make the necessary amendment at a session scheduled for March. Earlier in the state media of China published a message about the creation of a new body to counter corruption. The People's Daily in October passed the words of the deputy secretary of the CPC Central Committee Commission for Discipline Inspection, the Minister of Control of the People's Republic of China, as well as the head of the Anti-Corruption Prevention Department, Yan Xiaodu, that during the deepening of the structural reform of the system, the National Committee for Discipline Inspection and Supervision will be created focused on strengthening the centralized leadership of the CCP in anti-corruption work, building a unified, authoritative and effective system of state control ... The new body will have the right detention, which will replace the measure of the “two orders”, according to which individuals are required at a certain time and place at the appointed place to clarify certain issues. “Two decrees” are not a legal norm, their application causes various kinds of misunderstandings. One of the goals of creating a committee is to avoid such inconsistencies. A characteristic feature of the new special body is its difference from the control regime adopted in the West with the division of powers into legislative, executive and judicial. In fact, the National Committee for Discipline Inspection and Supervision is super-governmental, super-judicial and super-prosecutorial, and most likely will be headed directly by Xi Jinping. Some analysts believe that the main difference between the new structure is the ability to control non-party officials and businessmen. The Central Commission of the CPC Central Committee for Discipline Inspection does not have such powers.

If the committee submits to the current head of state, of course, it can be used as a powerful tool against his opponents in the Chinese elite, which has a very complex structure. Sy himself belongs to the clan of "princes" - children and in general relatives of high-ranking officials. However, this group is not monolithic. On the contrary, the relatives of the "cones" are included both among the supporters of the current General Secretary and the Shanghai clan. Some analysts believe that the Shensin political group and a number of high-ranking military from the PLA stand behind Xi. As it was reported several years ago by the Xinhua Agency, the Secretary General himself stated that in no case should the creation of factions within a party be allowed. With a rigid hierarchical organization, the avoidance of cronyism means the defeat of competitors and the concentration of power. Thus, the new structure can become a repressive body. This phrase should not be demonized, as is customary in neoliberals. In practice, it is often impossible to separate the fight against corrupt officials from domestic politics. And in any country of the world the elite (or the party, if we talk about one-party systems) always stands above the law and acts on the basis of its internal rules. The law, that is, punishment, is applied against a member of the elite only when he was defeated in the internal political struggle or went against the generally secret rules, without having significant support or losing it. Repressive measures are common, especially in the crisis stage of social development. In this aspect, China is no different from any "democracy", where power and other departments are used by the power group as a tool to influence opponents. The national committee can be used against non-partisans and businessmen who rely on the opposing groups and their fellow members of the CCP. In addition, the complete centralization of leverage in the hands of X will give him the opportunity to avoid bureaucratic delays in relation to specific individuals, of whom it is necessary to take a pair of riches.

If the elimination of opposition groups and factionalism within the party under the pretext of fighting corruption and securing the dominant position of their own group will be used by the current chairman of the PRC to implement the course outlined at the XIX CPC Congress, there is a chance to minimize the risks for the nomenclature and China as a whole. 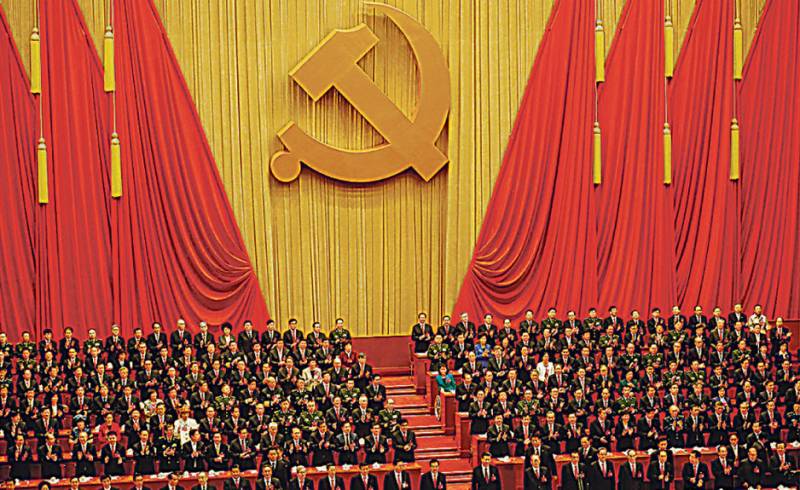 Turn to the Soviet experience. One of the reasons that led to the degradation of the CPSU apparatus was the blocking of vertical mobility during the Brezhnev period (the notorious stagnation), when people from the lower ranks were not allowed into the higher cohort. The result is known - the aging of the nomenclature, intellectual dementia, inadequate understanding of the challenges that existed at that time, both within the state and outside, moral and volitional decay, and so on. n The Soviet experience in China is remembered and taken into account. As comrade Stalin Mao Zedongu said in 1950, “learn more from our mistakes than from our successes.” In this regard, it is extremely important to analyze the idea of ​​keeping Xi Jinping in power for at least another term. In the medium term, this step can have very negative consequences. Apparently, the National Committee for Discipline Inspection and Supervision will be one of the tools of pressure on the part of the clans inside the CCP, which do not accept the idea of ​​a third term for Xi. Accordingly, the concentration of power will allow the current head of the PRC not only to strengthen the authority and push through reforms, but also to win the most valuable resource for their implementation - time. Given the strategic plans of C, this is not surprising. But if the third term becomes a reality, a dangerous precedent will be created. Firstly, what are the guarantees that the current Secretary General will not enlist the support for the extension of his powers and beyond. Secondly, it is obvious that sooner or later the successor to Xi Jinping will appear, which corresponds to the Chinese political tradition. However, what if he, according to his intellectual and organizational abilities, will not be as powerful as his predecessor? And where are the guarantees that the winning group will not insist on making another amendment to the PRC Constitution, which will spell out more than two terms not only the head of state, but also, say, the members of the Standing Committee of the Political Bureau of the CC CPC? In this case, the erosion of the party itself will begin, since the Politburo and the entire Central Committee will follow the Post-Committee. The final result will be the irremovability of key figures and degradation both morally and intellectually and physiologically. Further, in the midst of such an evolving elite, the corruption component and appetites in general will increase, with a high probability leading to the formation of regional clans, which is especially alarming in the case of China, since this aspect is extremely important for the country. Increased corruption at the top will inevitably entail the isolation of local kings, which will become unprofitable to remain in a single state. Decomposition of the nomenclature will only enhance the uneven development of China, the radical economic and cultural differences of the regions, which means that these factors can be used by local elites to start a chain reaction of separatism. As a result, we arrive at a paradoxical at first glance conclusion: Xi Jinping’s actions aimed at fighting corruption and carrying out the intended course through asserting himself in power for a third term are able to start the process of stagnation with the risk of decomposition of the entire ruling stratum. Such a scenario looks purely hypothetical and still deserves attention. We make the assumption that the chairman of C should never remain for a third term in order not to initiate a destructive cascade effect within the party by activating erosion in anti-decomposing mechanisms. So far, there is only one alternative - the search for an equivalent successor in the younger generation of party-state leaders, who, after 2023, will continue the planned course.

For us, destabilization of the neighbor is extremely unprofitable. The collapse of a huge, extremely complex state with a tendency to grow into bloody civil strife, of which for the most part consists история, will have a tectonic impact on the whole world and first of all on Russia. The presence of the PRC nuclear weapons, the risk of huge migration flows to our country is only a fraction of the threats. Naturally, it must be remembered that China has no allies except himself, and the flowering of relations between Beijing and Moscow corresponds only to the current historical segment. In addition, it is important to bear in mind that inside the Celestial Empire there are also forces with a clearly anti-Russian color.

Ctrl Enter
Noticed oshЫbku Highlight text and press. Ctrl + Enter
We are
Tiger fightThe death of the elder brother. The lessons of the crises China teaches very carefully
18 comments
Information
Dear reader, to leave comments on the publication, you must to register.