India threatens Russia, or the plight of FGFA

January 31 2018
106
Indian participation in the joint project of the 5 generation fighter with the Russian Federation is under a very large question mark. At the same time, the question mark on Indian participation is already so large that the program itself has to a greater degree become Indian in claims to Russian colleagues. And these claims are growing like a snowball.


We are talking about the project of a multi-purpose fighter 5-th generation, which (the project) was originally held under the working English-language name Sukhoi / HAL Fifth Generation Fighter Aircraft (FGFA). Today, a shortened version of the name - FGFA, which in its essence represents an export modification of the prototype of the Russian T-50 fighter, which recently received the name of Su-57, is often applied to the Russian-Indian project.

The Indian side, as already noted, expresses dissatisfaction with the project, which in itself leads to more and more new shifts in the timing of work. Sergey Chemezov, Director General of the Russian corporation Rostec, spoke recently with a weighty amount of optimism that the final version of the contract with Indian partners could be signed in the “near future”.

Chemezov added:
The project is very difficult, but the work continues, although not so quickly.

However, the optimism of the head of Rostec regarding the signing of the final version of the FGFA contract (the very same export version of the Su-57 or, in the Indian version, a promising multiplayer fighter - PMF) is not shared by colleagues in India. There are statements that “Russian specialists have been arguing for a contract to be signed some time in a row, but the situation has not really shifted from the dead point.” What are the specific claims from the Indian side?

As it turns out, to the claims that accompanied the joint project initially, new “troubles” from New Delhi were added.
To understand, for a start it is worth recalling some history the project.

The first agreement, which had an intergovernmental status, was signed by the Russian Federation and India more than 10 10 years ago - in 2007. After that, it took three years for countries to solve the first difficulties that arose and to “give birth” to the project contract for the implementation of FGFA / PMF. Give birth - gave birth, but the brainchild was very painful.

Problems manifested themselves from the first days. One of the problems associated with the technologies that should be applied on a promising fighter. India stated that it only agrees to invest if all of its (Indian) specialists' requirements are strictly complied with by their Russian colleagues at Sukhoi. The Russian colleagues scratched their heads and it seemed like promises were made by New Delhi.

However, immediately India said that among the priority requirements - the distribution of costs. In the Indian Air Force, it was considered that the financial interests of the department with the version of the "trial" contract, which was concluded in 2010, could not be fully satisfied. The Indian side stated that it was ready to immediately cut funding in order to “not stay with a hole in the joint budget.” Like, the consequences of the global economic crisis - all that.

The Russian side again scratched their heads and assured the partners that it was necessary to wait for at least the first results of the work, and then speak about the adjustment of the “monetary” component of the program.

In general, the work began. The financial terms of participation in the cooperation remained the same (from 2010 year), namely, the Russian Federation and India, until 2020, should invest the project in the amount of 12 billion dollars (six billion from each of the partners).

After the start of the design work in New Delhi, it was considered that the technologies that Sukhoi implements do not meet the requirements that at that time (2011 year) were applied to the 5 generation aircraft. Evaluation of the draft prototype by the Indian Air Force led to the fact that Indian friends presented Russia with as many as four dozen changes in the parameters of the new aircraft. In particular, such design flaws were pointed out as: “weak capabilities of armaments”, “not complying with stealth characteristics” and “lack of modernization component on the use (in plan) of the engine”.

The Russian side at that time recognized that the requirements of India on a number of points are quite relevant - as an example, the same engine (as they say now - the “first stage”), as well as the somewhat vague situation with the promising fighter’s missiles. The implementation of the project again went astray - India, in fact, refused to invest in contract volumes, stating that Russia must first "refine" the characteristics. 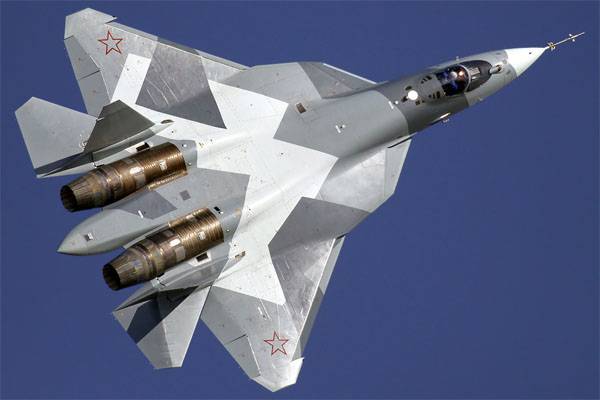 The difficulties did not end there. The reason for the new friction between the partners in the joint project was announced by Russia an adjusted procurement program aviation technicians. If initially the Ministry of Defense of the Russian Federation and India pledged to acquire almost 400 FGFA for two, of which Russia - about 250 for the period until 2022, then in 2015 the Ministry of Defense of the Russian Federation reported that they were not ready to put into operation more than 24 fifth-generation fighters (speech today about Su-5). Instead, Russia made some emphasis on the Su-57 and its version. True, even here the rumors about the “hundreds” of 35 “dryers” were greatly exaggerated.

By the way, initially the total cost of selling almost 400 FGFA was (on paper) almost 30 billion dollars - it turns out, according to 75 million dollars per unit serviced. For comparison, this is an average of $ 10-20 million dollars cheaper than the American F-35 (in its various versions).

In this case, Indian company Hindustan Aeronautics Limited (HAL) and customers in India stated that they did not see the feasibility of investing in the 6 program billion dollars for their part, if the final application for the purchase of aircraft as if joint development was adjusted downwards. So that the Russian colleagues, as they say, imbued with Indian concerns, in New Delhi have declared that they are ready to leave the project at any time. The Russian side had to make concessions, as a result of which India will invest in the project (if, of course, it invests ...) it is no longer 6 billion dollars to 2020, but about 3,7 billion.
And the retired Marshal of Aviation of India, Simhakutti Varthamman, who heads the Indian subgroup of the joint FGFA project team, has recently made it clear that India is actually ready to stop working on the project.

Attention is drawn to the fact that such statements from a retired marshal sounded against the background of the news that the United States is ready to deploy F-16 production in India at Indian Tata capacities and, on such a wave of "American-Indian friendship," to sell the F- 35. The proposal, as emphasized in India itself, is tempting. They say, well, it does not matter that the project on screwdriver assembly of American planes of previous generations with the simultaneous vtyuhivaniem American F-35, the "damp" which did not speak only a lazy pilot.

So, India was at a crossroads: you will go with Russia - 3,7 billion will have to be invested with the possibility of facing intimidation from Washington by sanctions on military-technical cooperation with Moscow, you will go with the US, but there are unfinished F-35 and famous American friendship, from which not everyone survives in the case of taking it seriously ...

Ctrl Enter
Noticed oshЫbku Highlight text and press. Ctrl + Enter
We are
Situational analysis of the death of the MH17 flight (Malaysian Boeing 777), made on the basis of engineering analysis from 15.08.2014India criticizes FGFA again
106 comments
Information
Dear reader, to leave comments on the publication, you must to register.